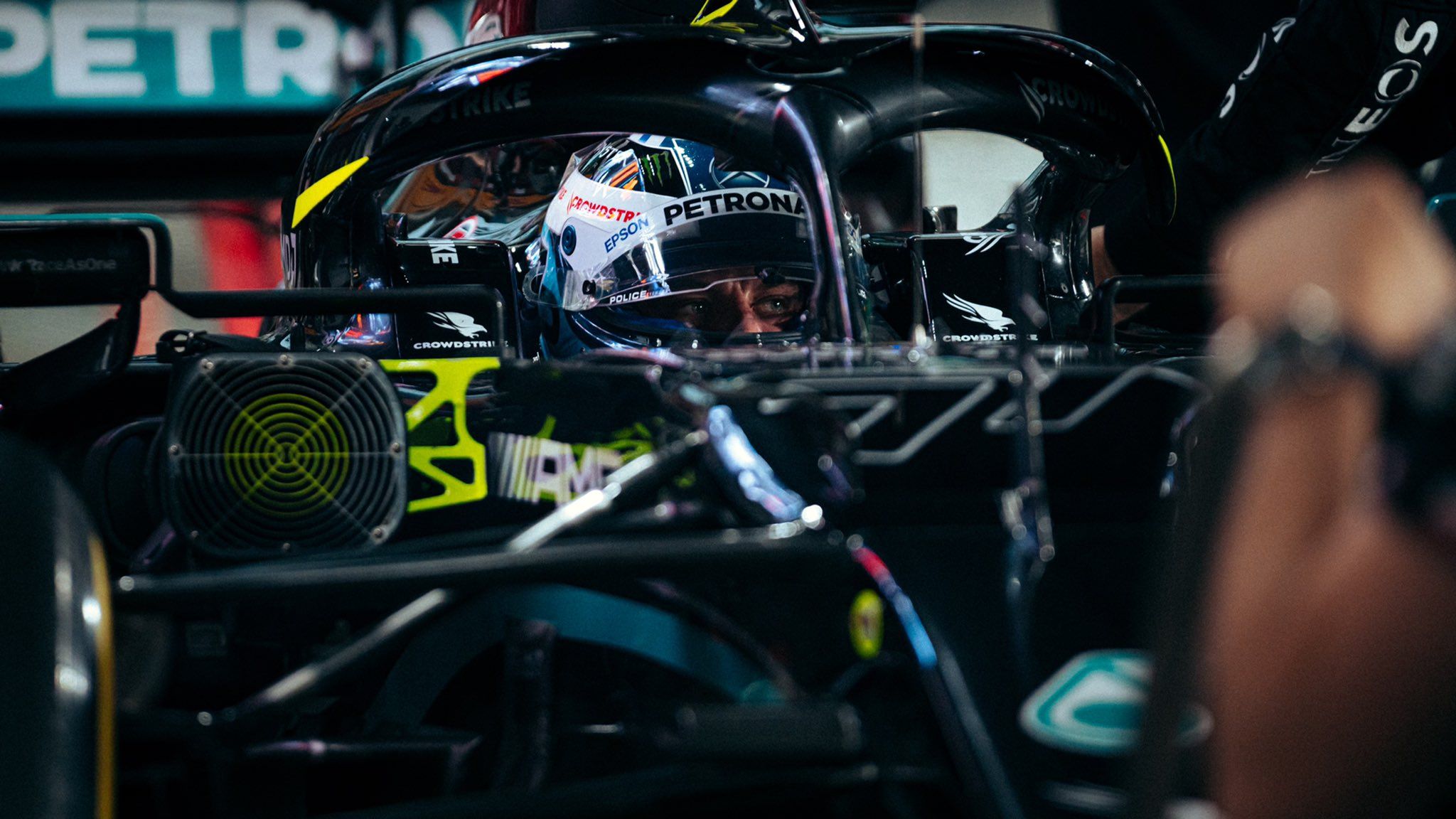 Mercedes’ Valtteri Bottas was fastest in FP2 of F1 Qatar GP from AlphaTauri’s Pierre Gasly and Red Bull’s Max Verstappen under the lights.

The light to centerstage in F1 Qatar GP in FP2 as off moments continued on, even though the FIA removed track limits on certain parts of the circuit but made it all-corner thing bringing in the purple and white kerb in play to keep a check on them.

It did catch out many with multiple lap deletions, as Mercedes’ Bottas set the pace with a 1m23.148s lap from AlphaTauri’s Gasly (1m23.357s), who remained second from FP1. Red Bull’s Verstappen (1m23.498s) was third with the flapping rear wing.

Red Bull had to not only work on Verstappen’s car but also Sergio Perez with the rear wing flapping too much. Mercedes’ Lewis Hamilton (1m23.570s) slotted in fourth with McLaren’s Lando Norris (1m23.632s) was fifth from Aston Martin’s Lance Stroll (1m23.705s).

Both Bottas and Hamilton did have moments, with Stroll making a good return after hydraulic issue in FP1. AlphaTauri’s Yuki Tsunoda (1m23.735s) had a good run in seventh after a sound FP1 with Red Bull’s Perez (1m23.787s) only eighth.

The other Aston Martin of Sebastian Vettel (1m24.020s) was ninth with Ferrari’s Carlos Sainz (1m24.033s) 10th. The Spaniard did have wide moments, much like his teammate Charles Leclerc, who ended up 13th behind couple of drivers.

The Alpine pair were in between them with Esteban Ocon in 11th ahead of Fernando Alonso, while McLaren’s Daniel Ricciardo was 14th – the last to be under a second of Bottas’ time. Alfa Romeo’s Kimi Raikkonen was 15th leading the other pack.

He had Williams’ George Russell was 16th from Alfa Romeo’s Antonio Giovinazzi, with Williams’ Nicholas Latifi in 18th and Haas’ Mick Schumacher 19th. His teammate Nikita Mazepin didn’t take part after a damage to his chassis in FP1.

Here’s on FIA decision on right of review