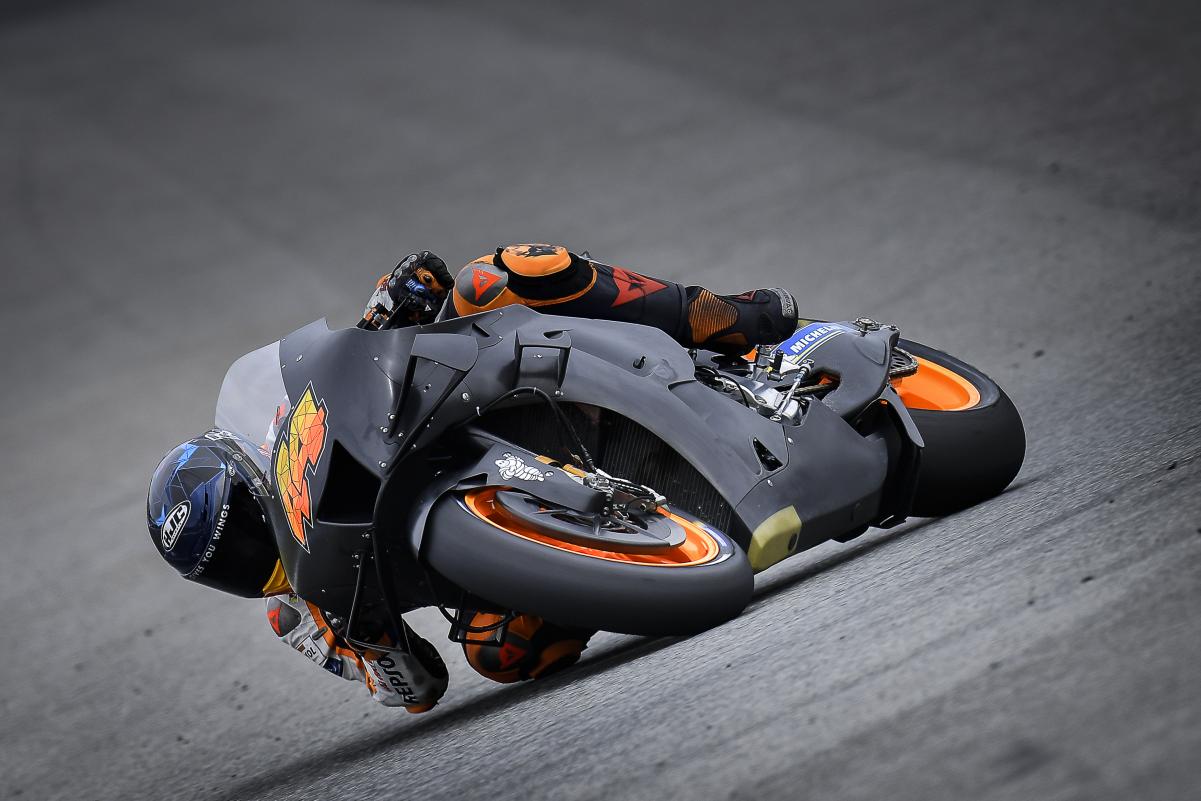 Alberto Puig admits that Honda is facing issues with its bike after Pol Espargaro talked about confusion about different machines.

To get out of the blip since the 2020 MotoGP season, Honda has been running different packages on its bikes across the factory outfit and also LCR. This has created a confusion, especially while tallying data to understand where the riders are losing time.

This point was raised by Espargaro at Jerez and concurred by Marc Marquez too. “We do not have traction, we do not turn and our speed is not good,” he said. “I cannot ride smoothly, so I’m riding tight. I’m trying to gain every time more and more time on the brakes, until the brakes then give up and then I go wide.

“We are all using different packages. He’s using one, I’m using another one. And the satellite team they are using another one. I’m going to go on the test and try different things and let’s see what they want me to test and if we can improve the overall situation. Because I think we are going too much individually and not as a group and this at the end is hurting the group.

“And this is not good,” summed up Espargaro, who now seems lost after a good pre-season test and opening two rounds. The Spaniard is unsure where he is losing time. “I don’t know if it’s me, if it’s the bike, if it’s the package I’m using, if it’s my riding style, if it’s my electronics, I have no idea,” he said.

“I am very frustrated because I don’t know what I have to improve [during the Official Test]. Because I am the only rider using my package, so who can I compare myself to? What am I doing wrong? Why am I going slowly? This is my frustration, not understanding things. I think we will all improve if we all have the same things.”

Team manager Puig understood the riders concerns and noted that they are trying to get in new parts as quick to solve the issues. “The negative point is that we, as Honda HRC, understand that we are facing some issues with the bike,” he said. “But we have been able to already recognize them.

“We are trying our best, we are bringing new parts soon and we are willing, and already working very hard, to give our best to the riders for the next races. Certainly, the race from Nakagami was one of the very positive points of Sunday in Jerez. He overcame his physical issues that he sustained in his fall in Portimao, and he showed that he is mentally very strong.

“Taka was not in a perfect condition, but he did a good race and was only 0.7s away from his first podium in the premier class. Another positive was that Marc Marquez and Pol Espargaro were alright after they both had very big crashes. Marc, despite two very fast falls, was able to finish the race ten seconds behind the leader which, importantly, was three seconds closer to the winner than in Portugal,” summed up Puig.