The green bikes have dominated the last three season in such a clear way that the series’ organization itself has tried, with no success so far, to modify the rules to stop them from winning so ‘easily’.

In 2017, reverse grids for the second race of each weekend were implemented. This year, a rpm limit for the most dominant manufacturers will be introduced along with a points system on which every team that finishes on the podium will be given points that will limit the engine’s developement.

The confirmed teams and riders to do the full season are these:

With only 19 riders to take part in the full season, this season’s grid will be one of the smallest on the last years. As for the riders distributions, there are several changes since last year.

The top three teams in the series, the official Kawasaki, Ducati and Yamaha teams, will stay with the same riders than last season. Which means that Jonathan Rea, Tom Sykes, Chaz Davies, Marco Melandri, Michael van der Mark and Alex Lowes will not switch teams. It happens the same with Aprilia, which will stick to the same riders from last year, Eugene Laverty and Lorenzo Savadori.

The changes, then, can be seen in manufacturers such as BMW, which will line-up only one bike and will have a rider who comes back to the series after three years in MotoGP, Loris Baz. As for the riders the German manufacturer lined-up last year, Raffaele De Rosa will not race in SBK anymore and Jordi Torres switches to MV Agusta. The Barcelonian driver leaves BMW after two years and takes the place Leon Camier had since the Italian manufacturer joined the series in 2015.

What happens then, with Camier? He joins Honda, a manufacturer that had an atrocious 2017 and changes its two riders for this season. Stefan Bradl decided to stay in Honda, but as the MotoGP test rider; and Nicky Hayden sadly passed away last year. Actually, one of Hayden‘s replacements for three rounds last season, the North-American rider Jacob Gagne, who won the Red Bull Rookies Cup in 2010, will join the team and will be Camier‘s team mate.

As for the satellite teams, Xavi Forés is to stay in Ducati while Román Ramos and Leandro Mercado are not moving from Kawasaki. Among the newcomers we can find riders like former MotoGP rider Yonny Hernández and Superstock 1000 vice-champion Toprak Razgatlioglu, both announced as Kawasaki riders. Czech rider Ondrej Jezek switches from Kawasaki to Yamaha and North-American PJ Jacobsen graduates to the series with Honda after four full seasons in Supersport.

Tecnically, the main contender to win the title is Rea. The British rider has achieved really amazing results since he joined Kawasaki in 2015 and has no other goal than winning his fourth straight world title. The only riders than probably can fight to avoid it are his own team mate Sykes and Ducati riders Davies and Melandri.

The season calendar has also some changes and new things compared to last season’s. The championship will start, as usual, in Australia this weekend and will end in Losail, Qatar, the 26th and 27th of October. There are two venues that leave the championship and two that join the series.

The events that can no longer be found in the calendar are the one in Lausitzring, Germany and Jerez, Spain. Italy becomes again the only country to host more than one event, in Imola and Misano.

The new tracks are Brno, in Czech Republic, which comes back to the championship after a five-year absence and the Villicum Circuit in Argentina, which is a 4.266 km circuit with 19 corners. The track is completely new and will be the first ever South-American venue to host a SBK round, which is scheduled for the 13th and 14th of October and will be the penultimate round of the season.

*: In Central Europe it will still be Friday the 23rd of February. 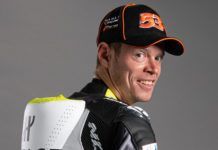 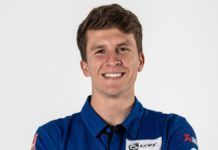