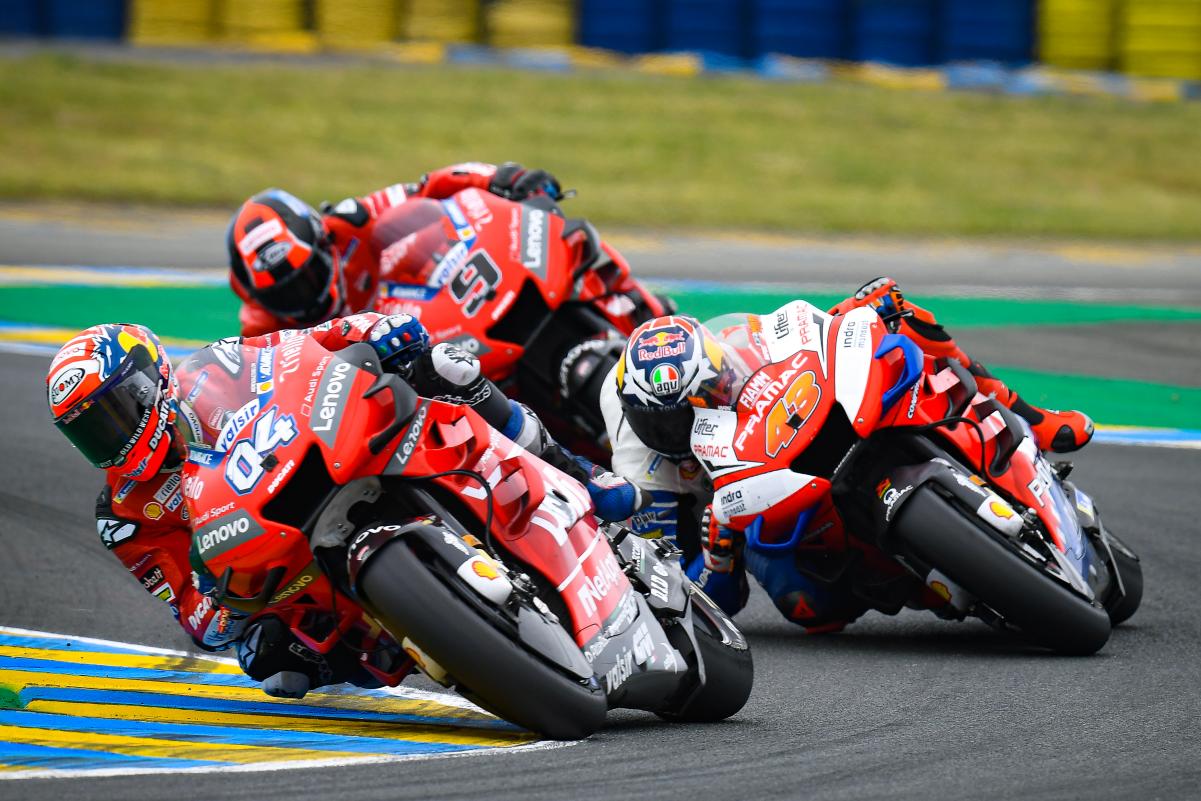 Rookie Francesco Bagnaia contract with Ducati has the Italian to run the factory machine in 2020 MotoGP season, which will be the Desmosedici GP20. This has put Pramac in a spot of bother which says they could end up running two GP20s in 2020.

Their other rider Jack Miller will stay back with Pramac only if he can ride the latest factory machine as the Australian currently does with the Desmosedici GP19. Miller actually hopes to be given a factory rider alongside Andrea Dovizioso but the decision remains pending.

He is fighting against Danilo Petrucci, whose only option for 2020 is with Ducati. “Yes, Pecco’s contract says he will have the 2020 bike next year,” revealed Pramac Racing manager Francesco Guidotti to MotoGP website.

“The other rider it will depend on who it will be, so in the case of Jack he will have a 2020 bike because I don’t see any other way to make him happy and if it will be a rookie, we will see.” The rookie rider in the frame seems to be Marc Marquez’s brother Alex.

The 23-year-old is in his sixth year in Moto2 currently but hasn’t managed to win the title, having finished fourth in the last three seasons – he is fourth currently as well. It remains to be seen though what Ducati eventually decides to do with Petrucci and Miller.

While the Italian admitted it is Ducati or nothing, for Miller though, the Austrlian said he was fine staying with Pramac as he was happy with the factory-like set-up – in a much similar way like LCR Honda’s Cal Crutchlow, even though they fight for independent glory.

Ducati Corse Sporting Director Paolo Ciabatti indicated of a decision likely by the next grand prix in Barcelona. “As we said we want to wait a little bit before sitting together with Gigi and Claudio to start discussing next year,” he said Ciabatti to Crafar.

“We decided we will wait until after Barcelona, we aren’t in a hurry but we understand it’s important for the riders to know. So, after seven races we will have all the information we need to assess the races and take the best possible decision for the future.

“In principal, it’s between the two of them.” Outside Petrucci and Miller, few rumours rose regarding Alvaro Bautista returning to MotoGP, but it was shunned down immediately as Ciabatti reiterated that Bautista fits only in World Superbike scheme for Ducati.