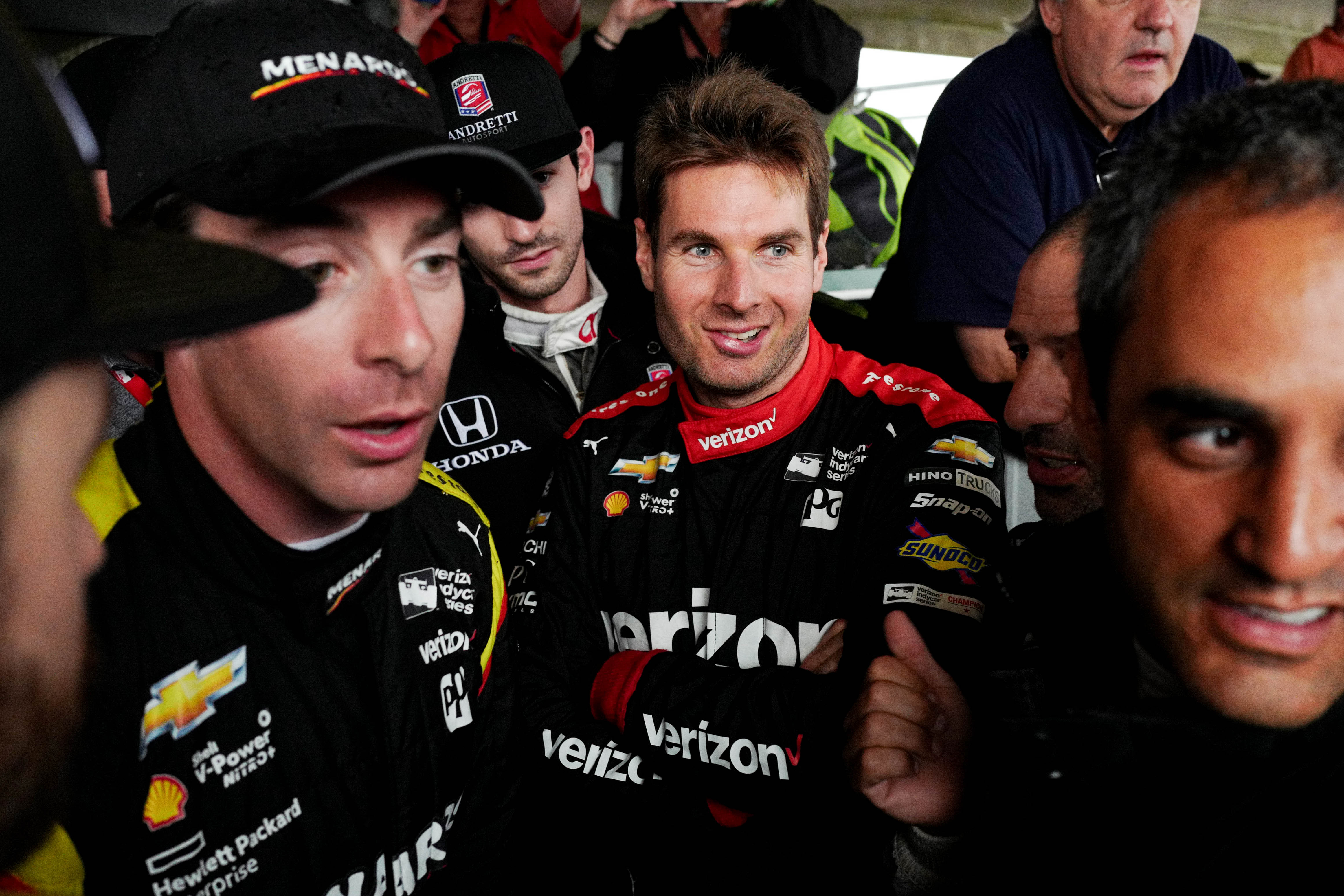 With the end of the 2016 Verizon IndyCar Series season on the horizon, championship leader Simon Pagenaud entered the ABC Supply 500 looking to maintain his 58-point lead, but when the Frenchman suffered his first major blow of the season, teammate and championship rival Will Power capitalized by earning his fourth win of 2016 and slashing his deficit some 38 points in what could be a season-altering race.

Power won today’s 500-mile race at Pocono Raceway by 1.1459 seconds over pole sitter Mikhail Aleshin, while Pagenaud crashed out in 18th place to heat up the championship battle with three races yet to be completed. Ryan Hunter-Reay, last year’s Pocono winner, charged from the last starting position to finish third.

The 22-car field had to wait an extra day as Sunday rain showers forced the race’s postponement to today, but the field put on a thrilling show that featured nine different leaders, 31 lead changes and 442 passes on track.

Fresh off his first career pole, Aleshin (No. 7 SMP Racing Schmidt Peterson Honda) led the field to the green flag as cars fanned four and five wide behind him. The action continued around the circuit until AJ Foyt Racing’s Takuma Sato spun and made heavy contact with the Turn 3 SAFER Barrier. Sato (No. 14 ABC Supply Honda) got out under his own power and was checked, cleared and released from the infield care center.

“It was pretty hard (hit), but thanks to the safety of INDYCAR and Pocono Raceway I was able to walk away,” said Sato, who started a season-best third. “I may have some bruises but I’m perfectly fine. I’m not sure (what happened).”

With cooler conditions and strong winds on hand, teams were faced with many unknowns. Sato thought it may have played into his incident.

“We thought we needed more downforce, we discussed the wind,” Sato said. “The conditions were a little tricky, but I’m not sure what happened exactly. I went into Turn 3 and it just went free so quickly and I simply lost the back end.”

Hunter-Reay (No. 28 DHL Andretti Autosport Honda) did not qualify after a practice crash Saturday morning, but used a lightning start to jump from 22nd to 14th on Lap 2. At the same time, Ed Carpenter Racing’s Josef Newgarden (No. 21 Fuzzy’s Ultra Premium/ECR Vodka Chevrolet) jumped Aleshin for the lead until the Russian regained the top spot. Aleshin wound up leading a race-high and career-best 87 laps.

The Russian regained the lead following pit cycles, but was overtaken by Hunter-Reay on Lap 49, capping a run from last-to-first before reaching quarter distance.

The second caution of the race came out on Lap 64 in the middle of the second round of pit stops, when Alexander Rossi (No. 98 Castrol Edge/Curb Honda) made contact in pit lane with Charlie Kimball (No. 83 Tresiba Chevrolet). Rossi’s car went airborne and over the top of Helio Castroneves (No. 3 Hitachi Team Penske Chevrolet). Kimball’s car was not significantly damaged in the exchanged and continued, but both Castroneves and Rossi were forced to retire from the race. Rossi was penalized 20 seconds for avoidable contact and making contact with pit equipment.

“Everyone is going to have their own opinion but I was staying in the slow lane,” Rossi said. “Kimball was obviously trying to come in his box, but then Helio was being released. So I don’t know. It’s very unfortunate. This car was awesome today. We were at the front with relative ease and we were waiting for the end to go to the front for the final time.

“Obviously I’m not in charge of releasing cars, so I don’t know the gap that needs to be had. I was sent. I knew there was a car to my right and I stayed in the slow lane. So, that was all I could do.”

The gloves came off on Lap 134 when Hunter-Reay passed Aleshin to regain the lead and stretched his advantage over the field to nearly three seconds before his penultimate stop on Lap 151, handing the lead to Power.

Power’s team used another strong pit stop on Lap 156 to overtake Hunter-Reay for the effective lead of the race before the incident on Lap 158 that could have major implications on the season championship. Pagenaud, who had left pit road a lap earlier in the No. 22 Menards Team Penske Chevrolet, crashed at the exit of Turn 1, issuing him his first DNF of 2016.

On the Lap 163 restart, another race contender took a major blow. Hunter-Reay, who had just taken the lead back from Power, lost power between Turns 2 and 3. The American would rejoin the race after rolling through the pits and resetting his electronics, but lost a lap.

The caution flag came out for the fourth time on Lap 175 for debris in Turn 2, prompting all the leaders to pit for the final time under yellow. Power held the lead through the stops, setting up the dash to the finish with Aleshin at his heels.

Aleshin stalked the Australian but could not find away alongside the 2014 series champion. Power won his fourth race of the season and closed to with 20 points of Pagenaud in the championship. The win is Power’s second in a 500-mile race after Auto Club Speedway in 2013 and makes for six straight races with him finishing in the top two, dating back to the second race at the Chevrolet Dual in Detroit in June.

Power also claimed his 29th career win, tying him with Castroneves and Rick Mears for 11th on the all-time list.

There is no break for Verizon IndyCar Series, as the 22-car field heads back to Texas Motor Speedway for the resumption of the Firestone 600, which was paused after 71 laps in June due to weather. Prior to the restart of the race on Saturday, the field will get a brief practice session before resuming under the lights on the 1.455-mile oval. Race coverage begins 9 p.m. ET on NBCSN and the Advance Auto Parts INDYCAR Radio Network.