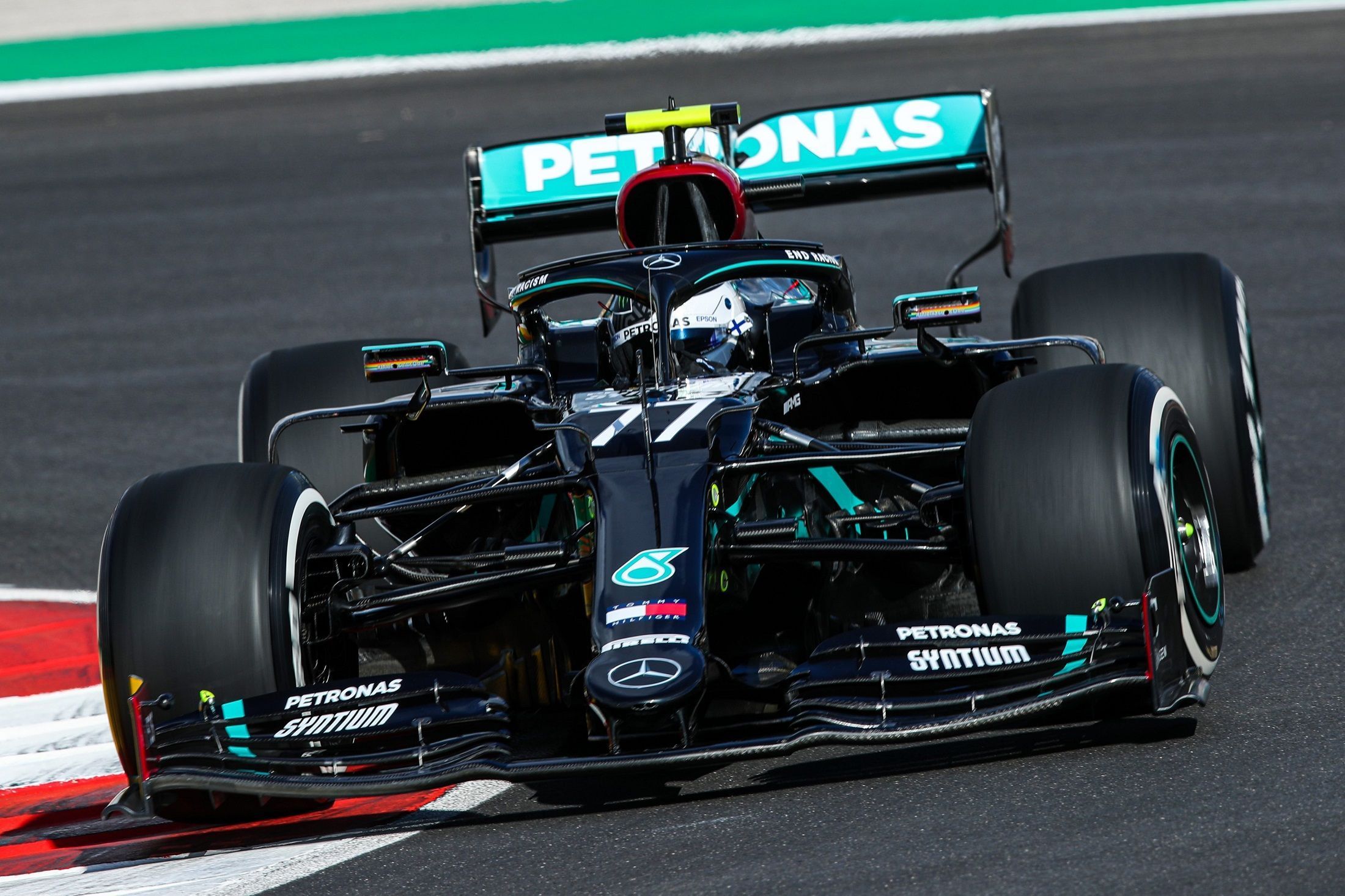 It was a slippery start in F1 Portuguese GP at Algarve in FP1 session as all of the drivers tried to find the grip level and braking points on a brand new tarmac. Naturally, there were lock-ups, offs and even spins, from even the best of the pack.

The grid was divided in terms of setting their fastest lap on the compounds, where hard was the majority to start off the session. Some switched to the mediums to set their bes, which was the case for the two Mercedes F1 drivers with Bottas (1m18.410s) leading.

It was relatively smoother run for the Mercedes drivers, although, Bottas had a slight moment with Racing Point’s Lance Stroll. Interestingly, Verstappen, Leclerc and Albon chose to set their best time on the hard compound tyres rather than the medium.

Verstappen was the first to spin at Turn 4 as Leclerc too had a spin, where he escaped from beaching himself onto the gravel trap. McLaren’s Carlos Sainz (1m19.441s) was sixth after his initial few laps were deleted continuously for track limits – a case with many others.

Racing Point’s Sergio Perez (1m19.907s) was seventh from Alfa Romeo Racing’s Kimi Raikkonen (1m19.95s), who improved at the very end, and Renault’s Daniel Ricciardo (1m20.058s) and – as all four set their best time on the medium tyres.

Rounding out the Top 10 was AlphaTauri’s Pierre Gasly (1m20.124s) as Ferrari’s Sebastian Vettel (1m20.200s) was pushed outside in 11th – both having set their best on the hard tyres. The Frenchman had an off early on as his session ended early.

The team called him in early citing an issue, without revealing if it was on the car side and or the engine. Behind Vettel was Mclaren’s Lando Norris (1m20.207s) in 11th ahead of AlphaTauri’s Daniil Kvyat (1m20.278s) and Haas’ Kevin Magnussen (1m20.846s)

It was a late lap from the Dane to displace Racing Point’s Stroll (1m20.954s) to 15th as all from Norris until the Canadian set their best on the medium compound. Among them, Kvyat had a late spin as Magnussen had a minor off at the right-hander.

They all had their best time on the hard compound, with the Italian having an off, while the Frenchman faced a possible hydraulic leak at the end of the session, with smoke bellowing. Williams’ Nicholas Latifi (1m22.054s) was 20th on the hard tyres, with an off moment.

UPDATE: The FIA shared the list of lap deletions for track limits, with Turn 1 having 29 in all, while Turn 4 seeing 36.