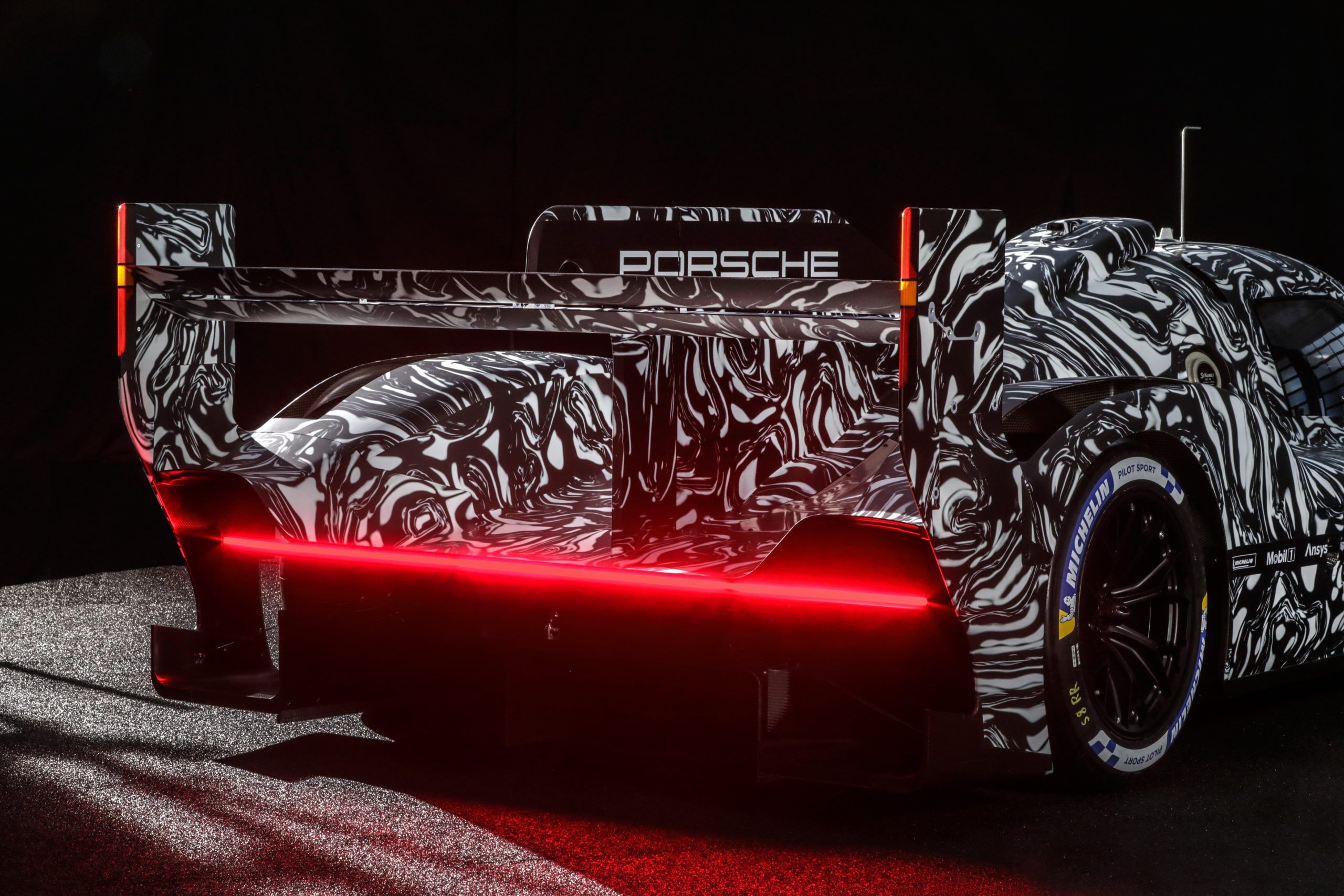 Porsche shares first image of its LMDh car to compete in FIA WEC and IMSA series’ as Felipe Nasr and Dane Cameron named as drivers.

Porsche is set to start the 2022 motorsport season with ambitious goals and extensive programmes. The prime focus will be on the two works entries in the ABB FIA Formula E World Championship and the FIA World Endurance Championship. The expansion of customer sport activities and intensive preparation for the new LMDh programme have now been added to the schedule of activities. “Motorsports have always had a special role to play in Porsche’s corporate strategy, and for more than 70 years now we have used the racing stage as the testing grounds for our latest technologies. We face great challenges today – in both sporting and organisational terms. We are determined to play an active role in shaping the future, while ensuring we retain our motorsports DNA,” said Oliver Blume, Chairman of the Executive Board of Porsche AG at the digital Porsche Night of Champions.

“We place sustainability and electrification very high on our list of priorities,” added Michael Steiner, Member of the Executive Board for Research and Development. “This is something that will also be reflected in motorsports of the future. As you can see from the development of eFuels in partnership with ExxonMobil, in addition to our Mission R concept car, the first major steps in this direction have now become visible.” The all-electric Mission R racing car study caused a sensation when it was unveiled at the IAA MOBILITY 2021 in Munich, for example. This spectacular all-wheel drive racing car that delivers up to 800 kW (1,088 PS) is the vision of a potential customer sports car of the future.

The ABB FIA Formula E World Championship Series will be starting its eighth season in 2022. The TAG Heuer Porsche Formula E Team has set itself an ambitious goal for the next 16 world championship events: the Porsche 99X Electric is expected to turn its great potential into a series of successes. “There is absolutely no doubt that we have what it takes to win races. The highlights of the past season have made this very clear,” says Thomas Laudenbach, the man who took over the management of Porsche Motorsport from Fritz Enzinger on 1 October this year.

“Over the past few months, our development team in Weissach has made all the modifications permitted by the regulations and we are firmly convinced that the Porsche 99X Electric will be capable of leading the pack in the coming season. “The TAG Heuer Porsche Formula E Team is putting in faith on continuity in the two cockpits: works drivers André Lotterer (#36) and Pascal Wehrlein (#94) will be on the grid again for the team from Weissach in 2022. Should one of the two drop out, Simona de Silvestro or Neel Jani will be ready to jump in. The new season is scheduled to start on 28/29 January 2022 with two races in Diriyah, Saudi Arabia.

In the World Endurance Championship (FIA WEC), Porsche will again field two 515 PS 911 RSR in the 2022 season. The two racing cars will enter the upcoming six races under the leadership of Alexander Stehlig, Overall Project Manager and Head of Operations, and will field a slightly different driver crew. The Italian Gianmaria Bruni and Austrian Richard Lietz will again share driving duties in the No. 91 car. In the No. 92 sister car, Kévin Estre from France will swap seats with the experienced Dane Michael Christensen. The duo had taken a class victory competing in the 24 Hours of Le Mans three years ago as well as picking up the 2018/2019 title. The first race of the new season is billed to take place on 18 March in Sebring (USA), and on 11/12 June 2022, the two Porsche 911 RSR will compete in the 90th edition of the French endurance classic. When they compete in the highlight of the year, the two driver crews will be supported by works drivers Frédéric Makowiecki from France (#91) and Belgian Laurens Vanthoor (#92).

Preparing for the LMDh rollout: Cameron and Nasr added to driver line-up

Dane Cameron and Felipe Nasr are to be included in Porsche Motorsport’s works driver line-up as of 2022. Cameron, the 33-year-old American, won the IMSA WeatherTech SportsCar Championship DPi title in 2016 and 2019, while Nasr, the 29-year-old ex-Formula 1 driver from Brazil, secured the championship in the North American endurance racing series in 2018 and 2021. The two new works drivers are to be involved intensively in the further development of Porsche’s LMDh prototypes. The management of these ground-breaking endurance racing activities for Porsche will be in the capable hands of the experienced Swiss national, Urs Kuratle. The 500 kW (680 PS) hybrid racing car is scheduled to complete numerous test runs in 2022.

Beginning in 2023, the LMDh prototype will be entered by Porsche Penske Motorsport in both the FIA World Endurance Championship and the North American IMSA WeatherTech SportsCar Championship. For the first time in some 30 years, it will then be possible to compete for overall victories in the endurance classics at Le Mans, Sebring and Daytona with cars of identical construction. “We are working all-out with our partner Penske on the development of the new LMDh prototype and collaborate closely with the chassis manufacturer Multimatic at all times,” explains Thomas Laudenbach. “In January, we will begin intensive testing to ensure that we are optimally prepared for our 2023 competition debut.”

[Note: The above is as per the press release with no edits made]