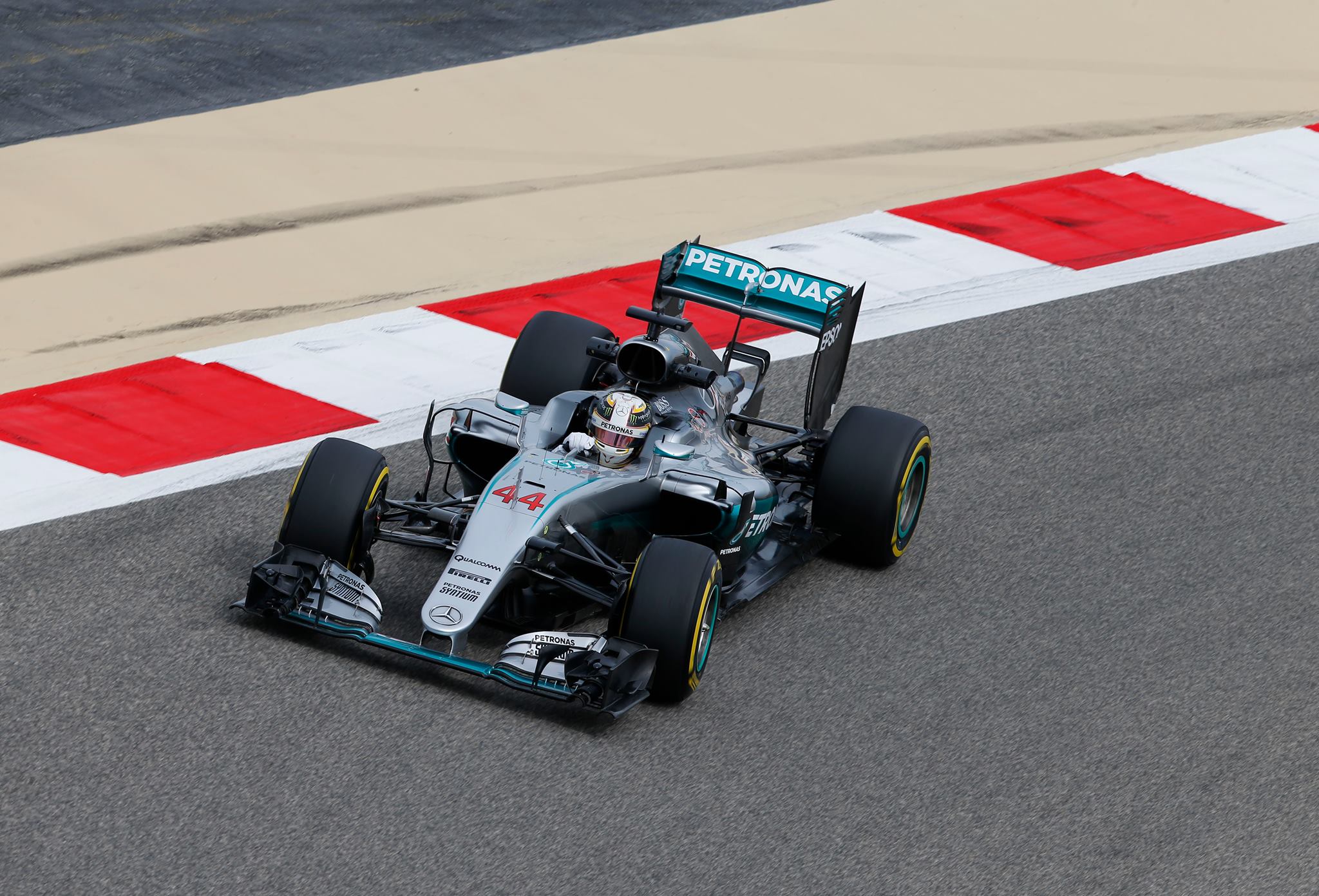 Lewis Hamilton will start on pole position tomorrow at the Bahrain Grand Prix, once again ahead of his Mercedes teammate Nico Rosberg and Sebastian Vettel for Ferrari.

Nasr was the first one eliminated in Q1 after a bad lap which left him behind Rio Haryanto, who was eliminated while sitting in the box. Palmer tried to save himself by getting his teammate and Vandoorne in trouble, but both of them would improve the Briton’s lap. Magnussen, Pérez and Ericsson were outperformed by Pascal Wehrlein in his Manor with a wonderful 16th place.

Q2 ended after only one lap, with Kvyat, Button, Gutiérrez, Vandoorne, Sainz, Verstappen and Grosjean being eliminated. The only change in the whole session came with Hülkenberg‘s improvement of his P11 to get into Q3 on P8 ahead of Grosjean‘s Haas. The Williams went out in the last minutes of the session despite being safe and Bottas slightly improved his lap time.

The first attempt in Q3 left Hülkenberg, Massa, Bottas and Ricciardo out of the fight for the pole. Rosberg had set the fastest time ahead of Vettel, Räikkönen and Hamilton. Finally, an almost perfect lap by Hamilton allowed him to get pole position with his teammate very close behind. Vettel finished 3rd, 0,5s slower than the Mercedes.