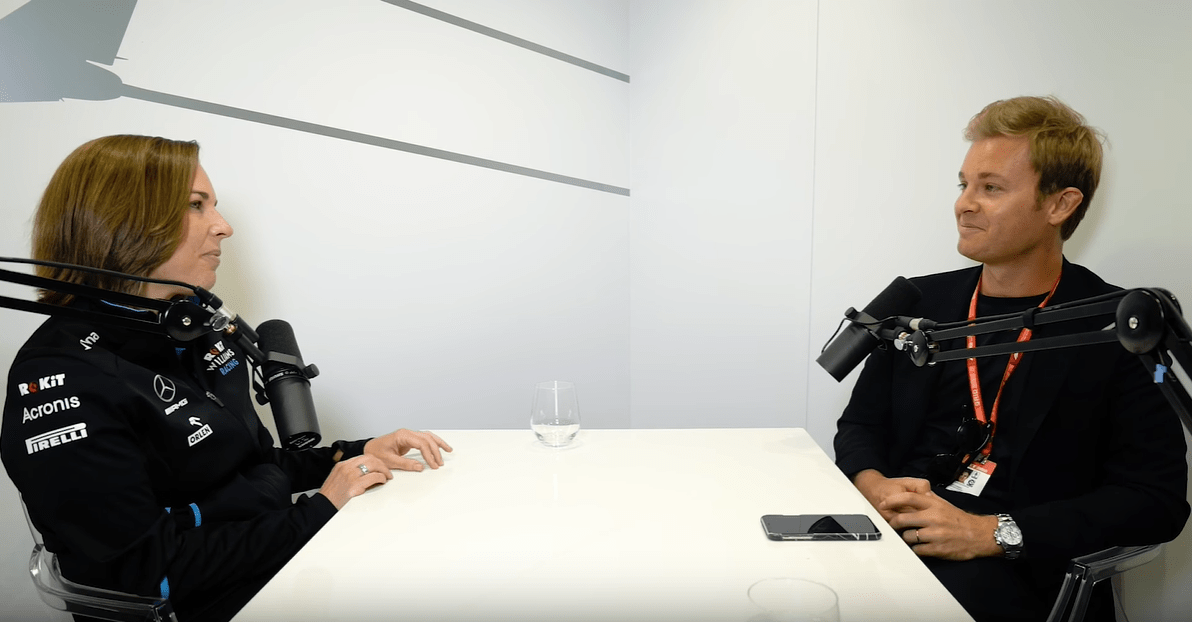 The latest Beyond Victory podcast has Claire Williams talk about her F1 team’s legacy, the work culture plus the good and bad times and more.

Williams opened up the F1 Beyond Victory podcast talking about having Nico Rosberg in the team as they recollected their first meet, which was at a test when Roberg and Nelson Piquet Jr were running for a role with the Grove-based team.

She speaks high of the German and added that she felt proud to see Rosberg winning the title as the German then opened up on his time in the team and working with Patrick Head and Sam Michael, when he revealed an anecdote relating to Head.

Williams then moved on to talk about the culture within the outfit. She feels it is not top notch at the moment where not everybody is feeling part of the team. She reveals about the plans they have for the Silverstone weekend where all of the team will be present.

She then talks about the projects Williams Advanced Engineering is involved in and also discussed at full length about Sir Frank Williams. She has some stories to share which includes F1 champion Aytron Senna, when she was a 14-year-old kid.

The topic then moves on to the 2014 F1 season when Claire took on the top role at Williams. She thinks they primed too early and now she is realising that F1 is not an easy business. She talks about the 2018 F1 season which forced her to question herself.

She talks about the changes within which is not in the public eye. While discussing about it, they touched on Williams being the only female in the Strategy Group meetings and how she feels in a room full of male counterparts – she admits to be intimidated but it is fine.

She also related a story about a racer’s father, who did not talk to her and only talked with her male colleague which she did not like and the driver wasn’t taken up in their programme. She did not confront him, which Rosberg felt she should have.

He recalled his story about taking a matter to the strategy head when racing alongside Michael Schumacher. They then moved towards the social media topic and how frustrating it is to see so many negative comments which makes little sense.

The ended the podcast discussing about George Russell’s work ethics and how he still uses the method of power point presentations to discuss matters with the team like he first did when he came in to pitch for himself to get a drive with Williams.