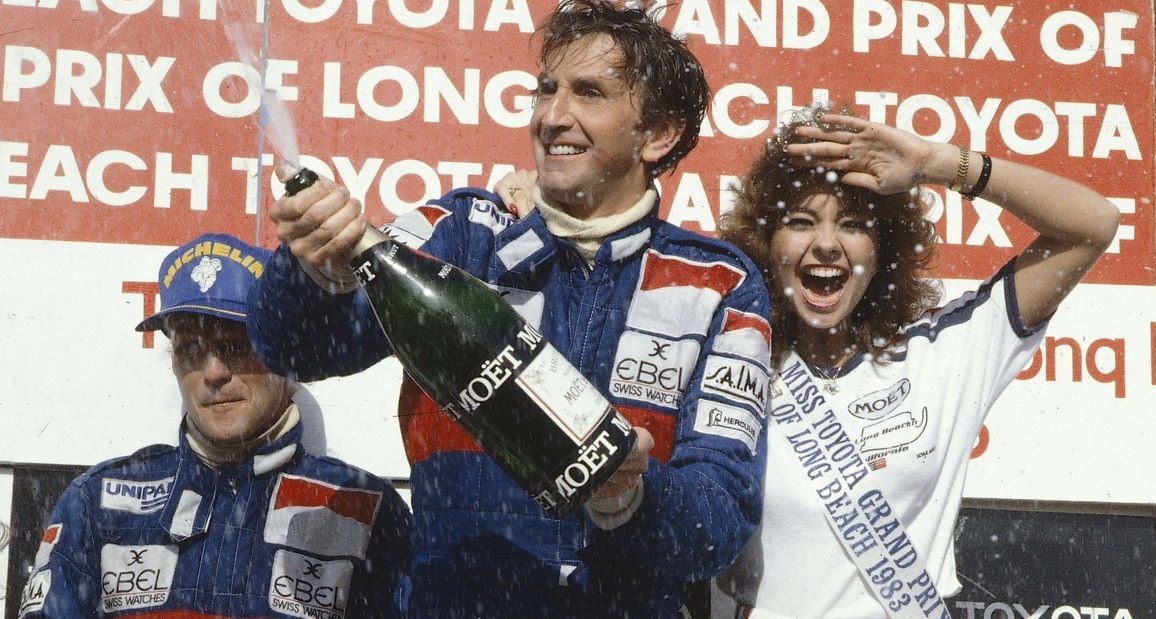 The 12th episode of F1 Beyond The Grid podcast has John Watson discuss of his wins, racing with Niki Lauda, for McLaren plus working with Roger Penske and Bernie Ecclestone and more.

Watson starts the F1 Beyond The Grid podcast talking about Lauda, whose funeral took place earlier in the day in Vienna. The two were teammates when they raced for Brabham – named Parmalat Racing Team then – in 1978 and 1979 season.

They were together again in McLaren between 1982 and 1985 – Watson didn’t race in 1984 and replaced Lauda in the sole race he did in 1985 season. He says the Austrian was already a brand and an icon, certainly seemed like a personality bigger than the sport.

He discusses how it was being Lauda’s teammate and recalls a funny story around him from Rio de Janeiro. When asked if he felt the Austrian was quicker or slower after the accident, Watson said the best answer would come from Ron Dennis.

He then goes back to his racing career which started under difficult circumstances in 1973 when he did not have a full-time drive. His full season break came in 1974 with Goldie Hexagon Racing after he drove for Team Surtees and eventually Team Penske.

It was with Team Penske that he earned his first F1 win but the association ended after 1976 as he moved to race for Brabham under Ecclestone. Watson then describes his two bosses and how it was working with them which kick-started his career.

The topic then shifted to the famous Brabham BT46 ‘fan car’, which he and Lauda ran in 1978 Swedish GP. The Austrian won the grand prix while Watson retired but the team withdrew the car after just the one race after Ecclestone’s decision.

The 73-year-old clears that the car wasn’t banned by the FIA but Ecclestone chose not to run it. Staying with the FIA, Watson revealed that the ongoing manufacturer vs independent war almost cost him the whole of 1981 season.

His crash in 1981 Argentina GP resulted in a political war as he says that the FIA ordered the stewards to hand him a ban from racing for one year as a political scapegoat to get an upperhand on the likes of Penske, Ecclestone and so on.

It eventually didn’t work as he could race but still was on probation. Again staying with controversies, he also talks about the 1982 season when few drivers led a strike in the ongoing spat between the drivers, teams and the governing body.

He said it was Lauda and Didier Pironi who played an active role in it to get the drivers to participate. He also describes how they spent the weekend together in a room. He reckons Liberty Media can take a cue from it and remove the practice sessions.

The topic then shifted to driver relation of then when the dangers were quite high than what it is in today’s time. Watson is absolute certain that the kind of incidents which happened in those times, won’t take place in current times.

While discussing the relation, he also spoke of on-track rivalry where he hailed Lewis Hamilton’s tactics and his placement of car on track which forces others into a mistake rather than the British driver himself making one.

Towards the end of the podcast, Watson talked about racing with McLaren and working with Ron Dennis and John Barnard, who came into the team and push it towards its glorious days. He speaks about the race wins in 1982 and 1983 – his career’s last two.

In fact, he reveals that Dennis was upset with Lauda in 1983 Long Beach race which the Austrian should have won. Watson then ended the podcast talking about his missed title in 1982 and about living his dream despite not many laurels his way.