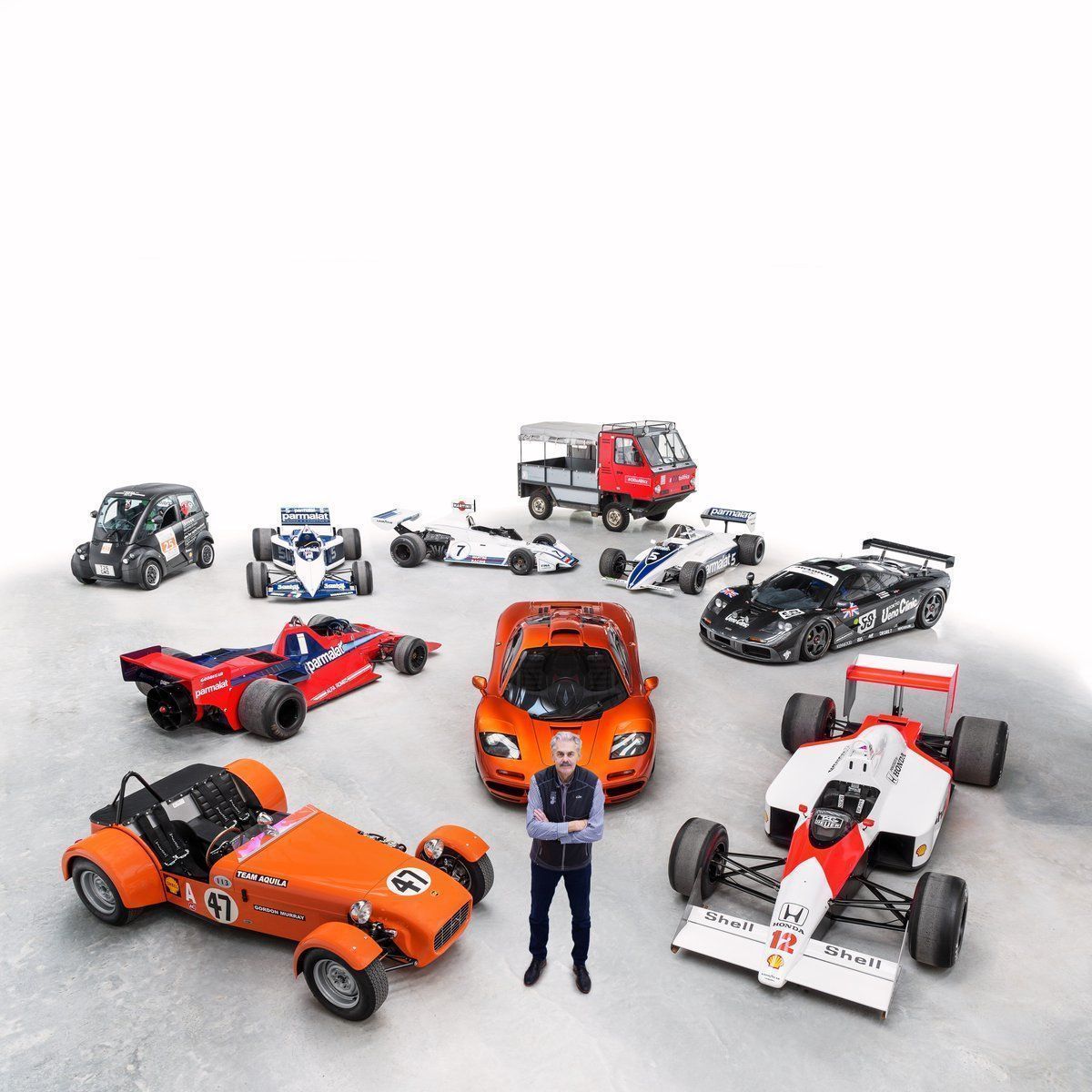 The 13th episode of F1 Beyond The Grid podcast has designer Gordon Murray talk about his F1 journey, working with Brabham & McLaren plus Nelson Piquet, Ayrton Senna & Alain Prost and more.

Murrary starts the F1 Beyond The Grid podcast talking about his move from Africa to the United Kingdom to live his dream of racing and designing. His initial idea was to combine his on and off track work but he eventually understood he not made for F1 as a racer.

Upon coming to the UK, he visited Lotus after writing to Colin Chapman but it didn’t work out. He was then told about an opening with Brabham, who were waiting for another designer to come for an interview for the 1970 season work.

The reception mistook Murray as the candidate and he got the job eventually. He was soon made the chief designer by Bernie Ecclestone after buying the team as he understood Murrary’s talent. He was only about 25-26 years of age when he took the chief role.

He recalls the work he did at Brabham where only 17 people were there in the whole team unlike how it is in today’s time. He then mentioned his favourite cars which he said it to be the BT42, BT44B, BT49, BT55 along with the famous ‘fan car’.

He then elaborated on the idea behind the fan car which he said both Niki Lauda and John Watson had to get used to despite the tests. He was miffed when he found that the governing body wanted the team not to use it beyond the season.

But Eccelstone decided to not use it at all in the rest of the season. In between, Murray talked about the current times when there are nearly 100 people working on the car unlike the old times when it was only handful. They also discussed re-fueling in F1.

As a designer, he liked to use any loophole to get an unfair advantage, something which Ecclestone advocated too. Later in the podcast, he added more to the list of things which he would design using as much from the regulations to their advantage.

Talking about drivers, while he rated Senna as the quickest but he felt Piquet was the all-rounder as the Brazilian used to take in as much about the car with him. He also revealed that Piquet was against having Senna in Brabham.

He then talked about the BT55, his last Brabham car – the design which he took with him to McLaren. Before the Woking-based team’s offer, Murrary discussed getting fatigued working in F1 with Brabham and decided to quit anyways.

The death of Elio de Angelis further solidified his decision to move away. He was personally disturbed with his death as he said de Angelis died because of lack of fire equipment rather than the incident where he only suffered fracture in collarbone.

The only thing held him back in F1 was a three years deal with McLaren where Ron Dennis lured him into the role. He talked about the drivers mostly when he had Prost and Senna together. He shared how the two bluffed each other in team meetings.

Murray ended the podcast talking about his post F1 work and his consultancy work along with the books he is working on plus the cars he is still designing with McLaren.