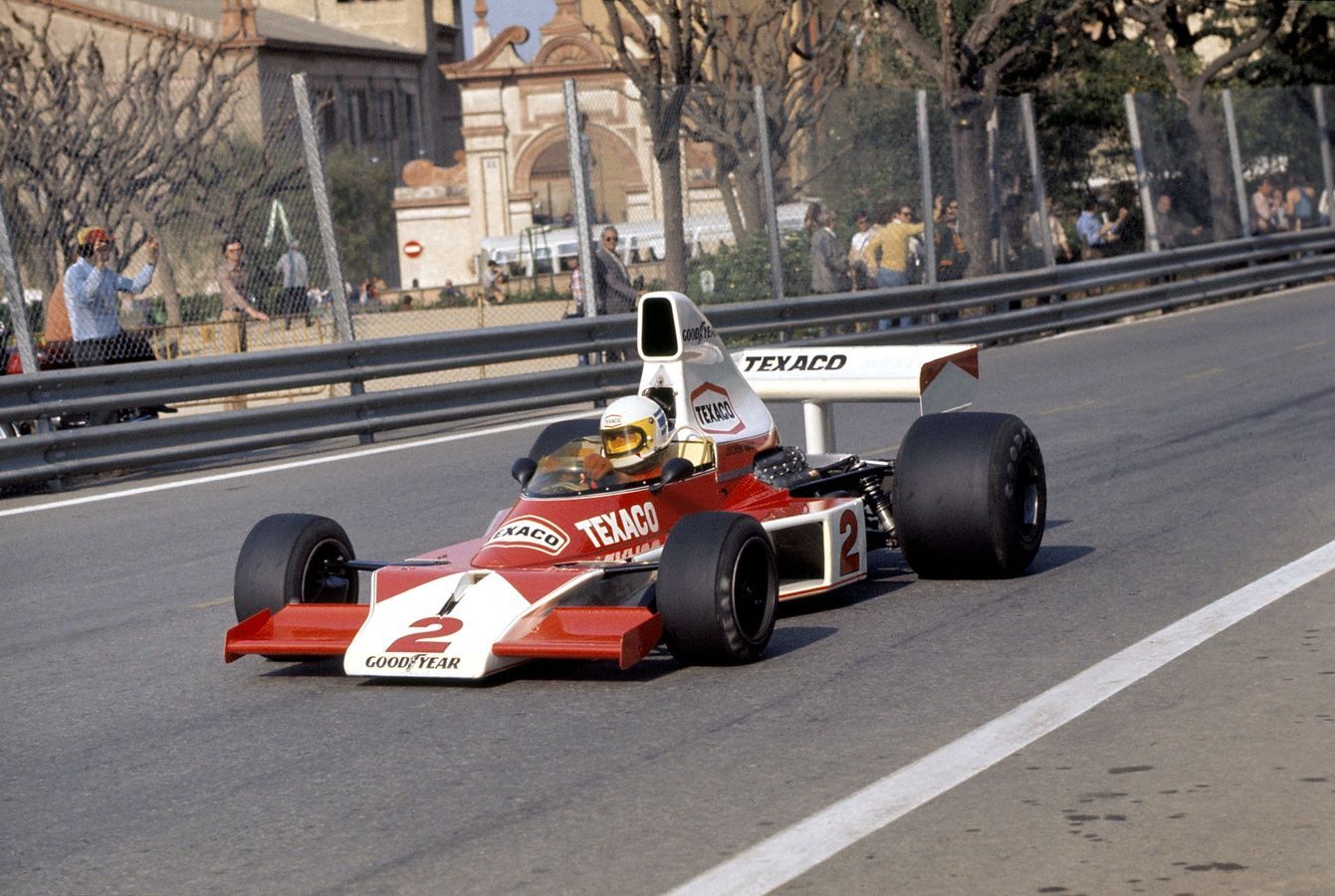 Jochen Mass features on F1 Beyond The Grid podcast as he opens up on several topics involving his teams, rivals plus Michael Schumacher and more.

The most recent F1: Beyond the Grid episode, starring Mass, began as many of its predecessors have, with a monologue by host Tom Clarkson which detailed the German’s career, with its euphoric highs and its melancholic lows.

Upon the commencement of the discussion between Mass and Clarkson, the former immediately told of his devastating involvement in Gille Villeneuve’s life-ending accident at Zolder in 1982. He confessed to a wretched feeling after the accident, which was followed by another terrifying crash at the French GP for the March driver.

Already left disturbed by Villeneuve’s crash, Mass provided accounts of the accident which sent him soaring, whilst also engulfed in flames. He explains that the commentators suspected him to be dead, and that the incident led to his retirement, albeit he admitted that a lack of competitiveness contributed to his decision to leave F1.

Subsequently, Mass discussed the beginnings of his career in lower formula, and discussed how he became a member of a cohort consisting of former F1 champions and legends of the sport. He confessed, though, that driving for John Surtees upon making the step up to the pinnacle was a mistake.

He also spoke on his race debut, which saw drivers around him become involved in a crash, and said that his impressions of F1 were not positive after this first experience. However, he expressed admiration of the unfalteringly-nicknamed ‘Green Hell’ Nordschliefe circuit, and detailed what it was like to join McLaren in 1975 with Emerson Fittipaldi, telling of the Brazilian’s spontaneous fitness test when they first met.

The 74-year-old was highly complimentary of his former teammate, crediting him with remarkable pace. When pressed on the Brazilian GP that race, Mass described his podium as a memorable one, in which he had good company. He would also speak on the 1975 F1 Spanish GP, which was a tragic race that saw spectators killed. It would also be a race that he won, but it left him saddened after he had petitioned for a protest of sorts.

Mass had mentioned the 1975 Grand Prix at the Nurburgring as a race he would have much preferred to win, but as he mentioned a race in 1976, Clarkson interjected, and probed him more specifically on what it was like to partner James Hunt that year after Fittipaldi’s departure. The one-time race winner said that he was critical of Hunt’s raucous personality, particularly with women, admitting that sometimes it was painful to witness.

Subsequently, Mass would discuss the 1976 German Grand Prix – a race that he was on course to win after starting the infamous wet race on slick tyres. He told the story of the race from his perspective, and expressed that he had been unaware of Niki Lauda’s now famous crash before stewards brought out the red flag and he talked to the team.

After this, Mass chatted about his battle with Hunt at Canada in 1977, before discussing his departure from McLaren that year. It led to a discussion of McLaren’s challenger in 1977, the M26, and Mass provided accounts of a conversation he had with an engineer of his related to the car’s unpredictability. He said that ultimately the team found the Gurney flap on his car to be loose, after they had dismissed his complaints.

Mass was pressed on why he rejected an offer from Williams for the 1979 season, just before their dominance of the sport would begin. He replied that the lack of a concrete confirmation from the F1 team that they would run two teams in the sport the following year was a deterrent.

Though he says he knew it was a mistake, Mass was of the mindset that little could be done to reverse the decision, and so did not dwell on the error. One mistake that he did reiterate was a short-sighted one, though, was his move to ATS the year prior. He then went on to speak on his partnership with Riccardo Patrese at Arrows, and said that he encouraged the young driver to approach races with more caution after he displayed inconsistency.

Mass then spoke on the 1982 F1 season, and detailed the driver protest at the South African GP. He explains that he tried to reason with fellow drivers, and attempted to convince his adversaries to wait until they could take legal action in Europe. He called the strike ‘ridiculous’, but said that he did find it amusing. He added that he drove in the race nonetheless, prompting others to drive as well.

Post this, Mass discussed Michael Schumacher, who he had partnered in sportscar racing prior to his compatriot’s F1 career. He mentioned the eventual seven-time champion’s work ethic, sharing a story of when Mass encouraged him to put on muscle, and he did not hesitate to exercise muscle groups to eek the most out of a difficult Mercedes sportscar.

Comparing Schumacher to other Mercedes juniors he encountered, Mass agreed with the assessment that Heinz Herald-Frentzen was the most naturally talented – even more so than the German – but that he was unwilling to put in the work.

Mass explained that he deterred Schumacher from pursuing an option at Williams, saying that he would not receive accolades were he to find success at the team in the mid-1990s. It would transpire that an alternative option – the one he finally decided on – Ferrari, would bring the most success.

Reflecting on his own career, Mass said that he should have pushed harder to leave Surtees in a bid for a Tyrell seat. He also spoke on his teammate Jacky Ickx from his days of sportscar racing, and criticized his recklessness. After a brief chat about his involvement in a Brazilian road safety campaign, and further conversation about his career, as well as a mailbag segment from Clarkson, the podcast was complete.

Here is the link to the podcast as FOM prohibits embedding: https://podcasts.google.com/feed/aHR0cHM6Ly9hdWRpb2Jvb20uY29tL2NoYW5uZWxzLzQ5NjQzMzkucnNz/episode/dGFnOmF1ZGlvYm9vbS5jb20sMjAyMC0xMS0xMDovcG9zdHMvNzcyNzAwNw?sa=X&ved=0CA0QkfYCahcKEwi47YTgxP3sAhUAAAAAHQAAAAAQAQ

Here’s F1 Beyond The Grid Podcast having Eric Boullier