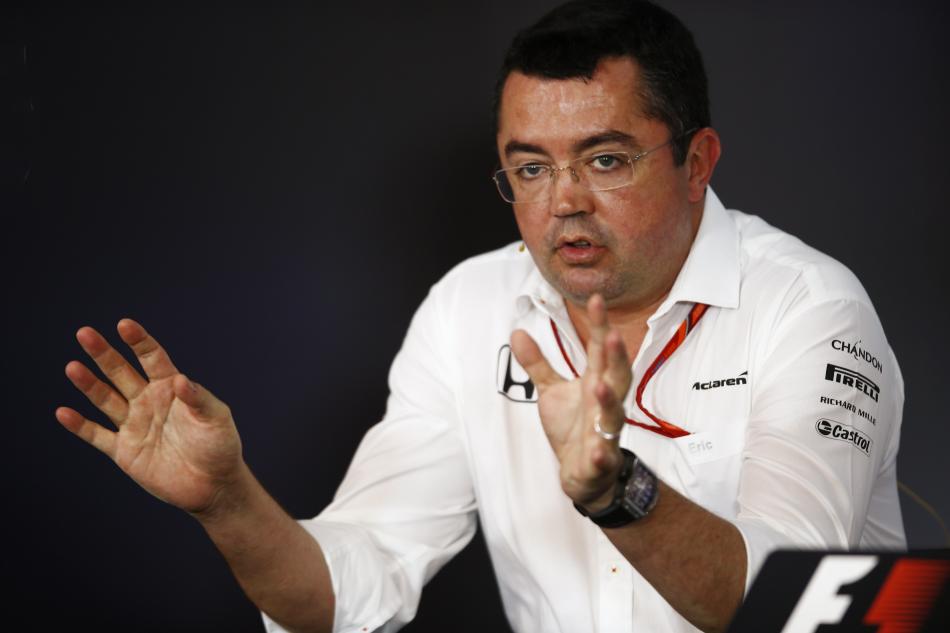 Eric Boullier features on F1 Beyond The Grid podcast where he talks about French GP, drivers he handled, working with McLaren & Renault and more.

The most recent episode of the F1: Beyond the Grid podcast began on the topic of the lack of a French GP this season, Boullier of course being a promoter of the event. The Frenchman confessed that discussions were underway between them and the sport early in the pandemic, but explained that it soon became an impossibility due to schedule conflicts.

Boullier confirmed outright that the French GP will be on the 2021 calendar, though, before discussing the challenges of the various roles he has held in F1: specifically, as team principal and race promoter.

Post this, Boullier said confidently that Stefano Domenicali was one of the best appointments available to F1, “if not the best”. Switching topics once more, the former Renault team principal reflected on his transition from a driver manager to the principal of a competitive team.

The 46-year-old discussed drivers he worked with in his time as a competitive figure in the sport, with particular emphasis on Romain Grosjean and Kimi Raikkonen. He also discussed the dynamic between these two.

Continuing on the theme of drivers, Boullier answered in hypothetical terms that Lewis Hamilton would be one driver he’d happily have on a “Boullier GP”. He did not list a second candidate before the focus shifted to Robert Kubica, and the Pole’s horrific rallying accident in 2011.

Boullier discussed the ramifications of the incident, and how he first received the news. He said that he was unperturbed by Kubica’s rallying hobby until the accident, seeing it as an acceptable risk – and one too with benefits applicable to F1.

Moving on to his stint with McLaren, Boullier continued on, beginning discussion about Jenson Button and the Brit’s “outstanding” ability to “feel the car”. Mentioning Button’s former teammate Fernando Alonso, he added that the Spaniard “should have and could have” found more success than he did with his eventual two world championships.

He did, however, deny that Alonso’s polarizing comments on Honda power with McLaren contributed to his downfall in this period. Of his return to F1, Boullier said he was not surprised given the Spaniard’s success elsewhere, and added that he hopes that Alonso will star on the podium in 2021.

After this, Boullier briefly touched on Stoffel Vandoorne, who he stated was better than he was made out to be. More so focusing on his experience at McLaren, he would then discuss the enjoyment he derived from working with such talented people that exist within Woking, and spoke on Ron Dennis’ impact on the team, and the unpleasant politics within the organisation.

Continuing to follow chronological order, Boullier later covered drivers the careers of whom he is overseeing, and his activities since 2018 – including the Morand electric hypercar project in which he is involved. After the Frenchman expressly not ruling out an F1 return – at least not in absolute terms – the installment ended.

Here is the link to the podcast as FOM prohibits embedding: https://podcasts.google.com/feed/aHR0cHM6Ly9hdWRpb2Jvb20uY29tL2NoYW5uZWxzLzQ5NjQzMzkucnNz/episode/dGFnOmF1ZGlvYm9vbS5jb20sMjAyMC0xMS0wMzovcG9zdHMvNzcyMTUxOA?hl=en-IN&ved=2ahUKEwiS5dWOvevsAhUM4XMBHZBWBr8QieUEegQIDhAF&ep=6

Here’s F1 Beyond The Grid Podcast having Bernd Maylander