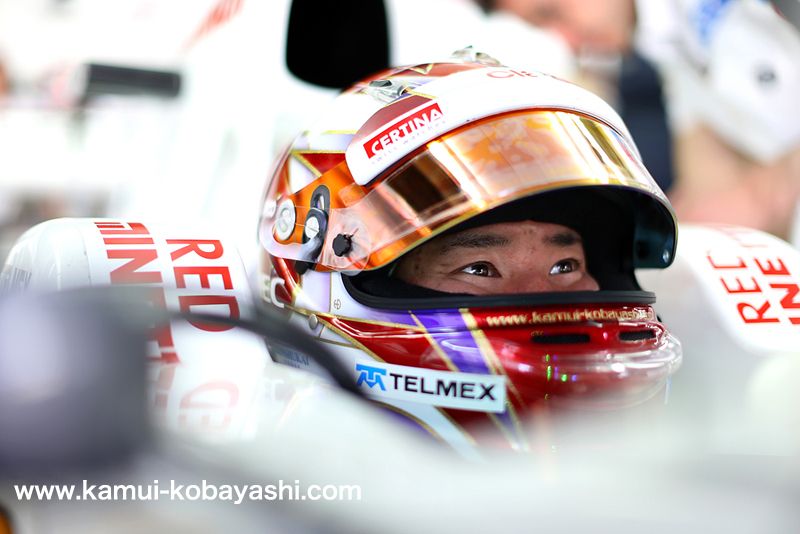 Kamui Kobayashi features in latest episode of F1 Beyond The Grid podcast as he speaks on his career, Suzuka, Toyota/Honda, Sebastian Vettel, Yuki Tsunoda and more.

Opening once more with a monologue, the first topic of discussion in the F1 Beyond The Grid podcast was the lack of a Japanese GP at Suzuka last year, with both host Tom Clarkson and Kobayashi agreeing that, although regrettable, the decision to postpone the race was wise given the pandemic ravaging the world.

Asked his opinion of Suzuka, Kobayashi said it was a circuit in contention for the greatest in the world, with Spa also a contender. The current IMSA/WEC driver subsequently spoke on his podium result in 2012’s Japanese GP, describing his expectations prior to the Grand Prix, for which he’d qualified fourth.

The 34-year-old went on to explain how he willed himself to a top three – a result which warranted immense praise from Japan’s loyal F1 fans, saying that one thing which helped him to achieve this result and others like it was exceptional tyre management.

The Japanese F1 driver has been known for good management of tyres in his career, and says that understanding how a tyre works is vital to increasing the longevity of the rubber and controlling tyre temperatures. Kobayashi, who taught the Mexican the tricks of managing tyres early in his career, predicted that Red Bull’s Sergio Perez will be “strong” at his new team.

On the matter of being forced out of Sauber ahead of the 2013 season, Kobayashi admits he foresaw the outcome – even with notable performances such as that which he achieved at Suzuka. Changing topics, the Japanese F1 driver shared the story of how he became interested in racing, admitting that he had never gone to a Grand Prix in his youth.

As he explained his rise through the racing ladder, the role of Toyota in Kobayashi’s success became evident. Asked a hypothetical question on how his career may have unfolded without Toyota, He suggested that Honda may have been a partner of his in his career if not for them – the company which was behind his move to Europe, he goes on to say.

In Europe, Kobayashi spent a season as teammate to Aston Martin F1 driver Sebastian Vettel in Formula 3. The sportscar racing veteran now says he “learned a lot” alongside the German, who would go on to win four F1 championships over the next seven years.

Kobayashi went on to discuss his race debut in 2009’s Brazilian GP, expressing that his immediate reaction was one of “concern” as he feared a physical challenge to great to overcome. The Japanese F1 driver would go on to beat his new teammate at the second time of asking in Abu Dhabi.

Kobayashi adds that he was entirely unaware of Toyota’s decision to quit F1 after 2009, even after joining the team at the end of that season. He also agrees with Clarkson, who says the decision was a baffling one as things began to look up for the team – to such an extent that he believes they could have won the 2010 title.

With Toyota instead pursuing success in the World endurance championship, Kobayashi says the team seldom use their F1 facilities to apply them to the sport. Addressing a similar question, He went on to say Honda’s departure could lead to negative side-effects for the sport in Japan.

Kobayashi admitted there was a risk of fewer young drivers out of Japan, prompting a question on electrifying Japanese rookie Tsunoda, who he predicts will be “good” in his time in F1.  It was after this that he briefly touched upon a stint with Caterham, for whom, he confirms, he turned down a Ferrari contract offer despite greater financial incentive to sign.

As the episode drew to a close, Kobayashi was asked what it may take for him to taste victory at Le Mans, leading him to joke it only requires luck.

Here’s where you can listen the podcast (FOM has blocked from embedding): https://audioboom.com/posts/7834073-kamui-kobayashi-on-suzuka-tsunoda-and-fights-with-world-champions

Here’s last F1 Beyond The Grid podcast of Andreas Seidl