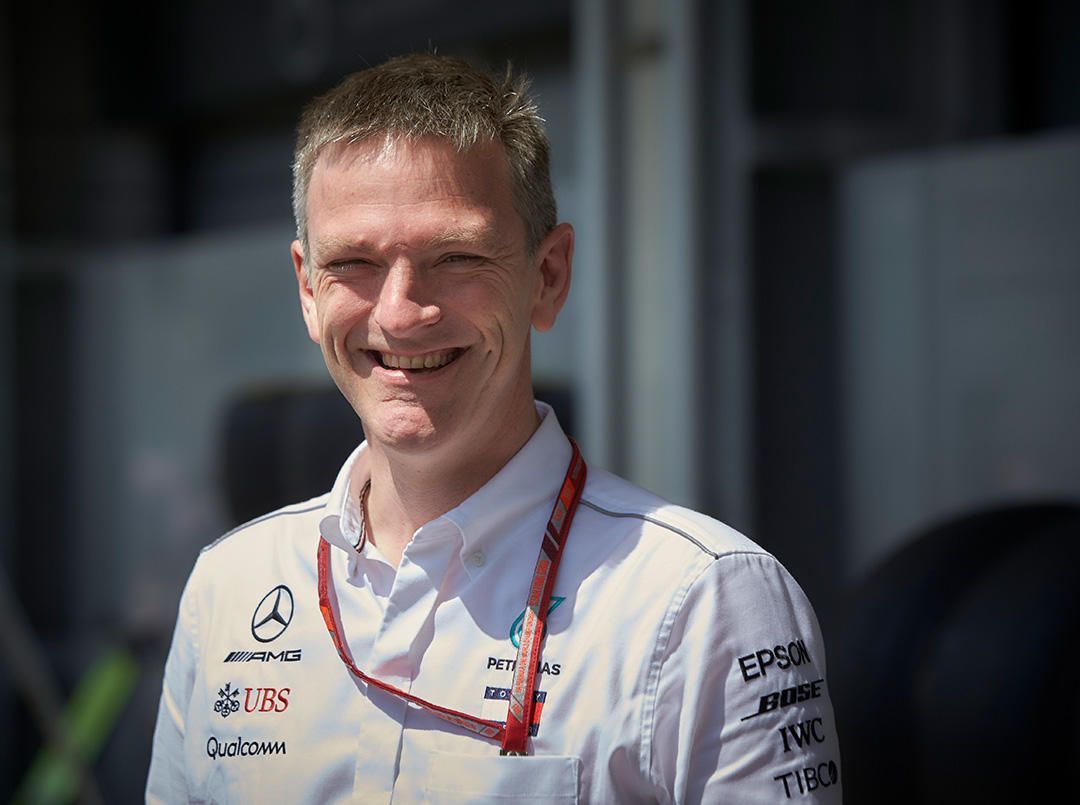 The ninth episode of F1 Beyond The Grid podcast for 2019 features Mercedes’ technical chief James Allison who discusses his career, life with Ferrari/Mercedes, work under Jean Todt, Lewis Hamilton and more.

With the Beyond The Grid podcast recorded only after F1 Azerbaijan GP, Allison started off with where Mercedes are in the 2019 season so far after it clinched a record-breaking four consecutive 1-2 finishes and the atmosphere at the factory in Brackley.

He then discusses his work where he doesn’t want to take full credit of the 2019 car which is dubbed as ‘Allison’s car’ but says it is a team effort on the whole. The discussion went back in time as Allison revealed where it all started for him in F1.

His family background is mostly to do with machines but more towards aeronautics but Allison chose F1 once he decided that engineering will be something he wants to do. He applied for jobs and got a response from McLaren and Benetton.

While McLaren put him on hold, he was hired by Benetton for his first F1 break-through. He moved to Larrousse before his big move to Ferrari. He returned to Benetton (now Lotus/Renault) and went back to Ferrari again after a stint there.

He move to Mercedes then, where he works till now. When asked about the people he worked with, he regarded Bob Bell and Ross Brawn highly, while also discussed Jean Todt’s hands-on approach, where he looked after Ferrari as a close unit.

He said Flavio Briatore wasn’t the same as Todt but then both were successful. He also said the current regulations is not that strict as shown. In his first stint with Ferrari, Allison enjoyed being at the track which he couldn’t do in his first two jobs.

He also talks about the Ferrari dominance and now Mercedes, where he reckons the German manufacturer is against two quality opponents in the form of Ferrari and Red Bull Racing, which is why the achievements of Mercedes is huge.

Allison also talked about his return to Ferrari, where he said he didn’t feel the team running in the same way as under Todt. He could sense the tension and felt that Ferrari went for short-term gains rather than long-term.

The topic then moved towards the drivers where he described his first meet with Lewis Hamilton, which didn’t go down well where even Toto Wolff had to intervene. But both Allison and Hamilton reconciled over a coffee at Brackley.

In fact, while conversing, Hamilton paid his condolences to Allison for the passing of his wife which surprised him as usually drivers don’t get so personal. Allison talked about Michael Schumacher too and why he loved testing which Hamilton didn’t.

On Valtteri Bottas, he said the Finn sat with the engineers over the winter and worked on his shortcomings especially the tyres. He summed up the podcast by talking about his family, 2021 rules and his future in the sport.