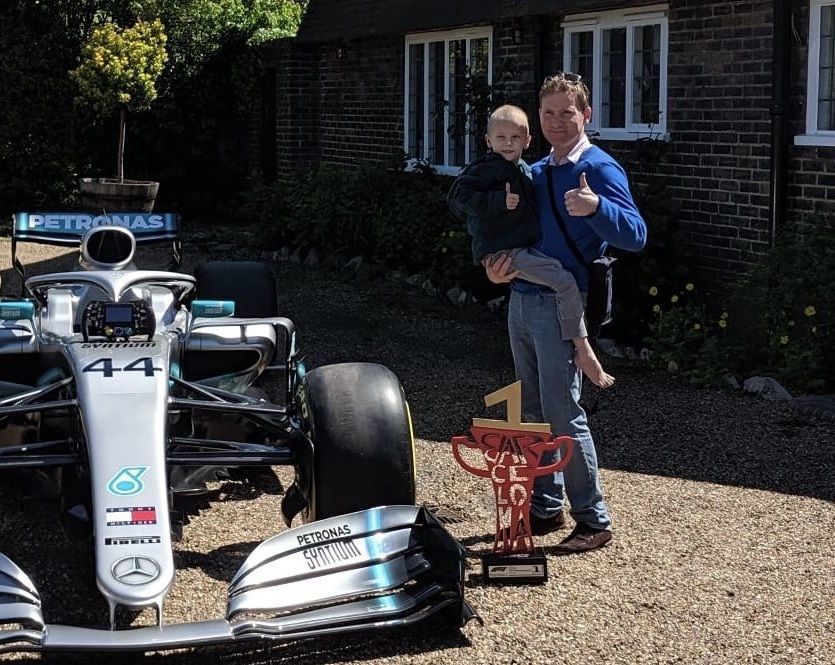 Lewis Hamilton and Mercedes together have surprised Harry Shaw in a kind gesture with the Spanish GP trophy and one of his F1 cars.

Hamilton and Mercedes received a beautiful message from Surrey-based fan, Shaw, who is dealing with Ewing’s Sarcoma, a rare form of terminal bone cancer, since last year in August and was given just a week’s time to live on April 29, 2019.

Shaw’s family recorded a message from him ahead of F1 Spanish GP after he received signed gifts from Hamilton, to wish the British racer for the grand prix. Hamilton took the win and dedicated it to Shaw, calling him his ‘spirit angel’.

The reigning champion described how touched he was with Shaw’s message and said that he and the team will do something special for him in his last few days. The special thing turned out to be one of his Mercedes F1 car and the Spanish GP trophy as a gift.

The family received both of it on Monday as they thanked both the driver and the team for the kind gesture which becomes some form of happiness and memory in a time of grief. While they cannot save Shaw but they are raising funds for research work on the cancer.

Here’s where you can donate: https://www.justgiving.com/fundraising/harrysgiantpledge

Lewis Hamilton and Mercedes' gift for Harry Shaw
1 of 6

“I was more just super-inspired by this young kid who sent me a message, Harry,” said Hamilton after the grand prix. “He was kind of my spirit angel. I just had a really nice message from a young kid who is suffering with an illness.

“We had sent him a card and a cap and I saw that before going into the race. I was chilled but I was looking for something for inspiration, something to grab onto, so I dedicated today’s race to him.

“You try to go out there and do something for someone and it doesn’t always turn out as well as it has, but nonetheless it has, so I hope he’s watching.”