Over the years, the Red Bull demo team has performed F1 pit stops in various locations around the globe, bringing us some eye-dropping visuals – whether in the form of videos and or photos. It is no less this time from the Austrian outfit.

With the help of the Russian space agency Roscosmos, the Red Bull crew performed a pit stop at an altitude of nearly 33,000 feet on board an Ilyushin Il-76 MDK cosmonaut training plane at Yuri Gagarin Cosmonaut Training center in Russia.

The Red Bull pit crew members had to undergo a crash course to prepare for multiple Zero-G flights in the plane’s fuselage along with the 2005 RB1 – the car they used for the pit stop – and a 10-men filming crew in an extreme challenge for everyone.

The flight climbed at a 45 degree angle as it then fell in a ballistic arc, so as to produce a period of weightlessness of around 22 seconds before the next climb. Taking everything into considering, the Red Bull crew had about 15 seconds to perform and get filmed.

“It pushed us harder than I thought it would,” said Support Red Bull F1 Team Chief Mechanic Joe Robinson. “You realise how much you rely on gravity, when you don’t have any. Something as straightforward as tightening a wheelnut becomes very difficult when the car is floating, and the only control you have is through the stiffness of your ankles, tucked into floor straps.

“It challenges you to think and operate in a different way – and that was brilliant. It was a once in a lifetime opportunity and honestly, I could have stayed and done it all month. It was amazing. I think it’s the coolest, most fun thing the Red Bull Live Demo Team has ever done with a show car.”

“I’ve been involved in some special events from slaloming the car in Kitzbuhel, to the salt lakes of Argentina, we’ve been to some strange places and done some strange things – but ultimately this is the oddest – but also the most special because there’s simply nothing comparable. You might get a second of the effect on a rollercoaster – but to have that sensation for 20-25 seconds and to work on the car in that time, it’s out of this world.”

Red Bull also revealed that they had to use the RB1 for this demo as it has more slender lines which is easier for it to manoeuvre in the cargo deck. The 2005 F1 car is also lighter than which helped the crew to undertake the pit stop. 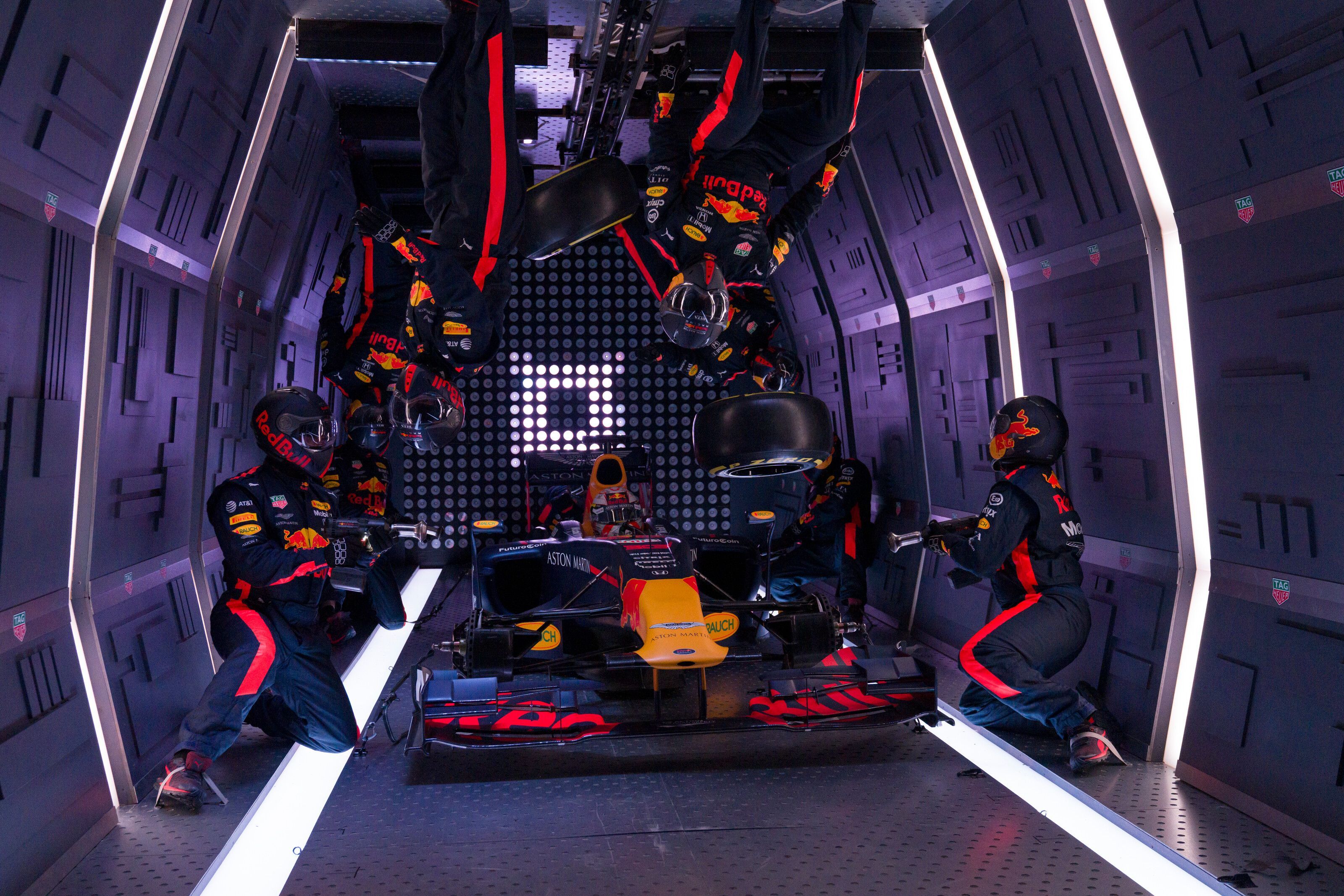 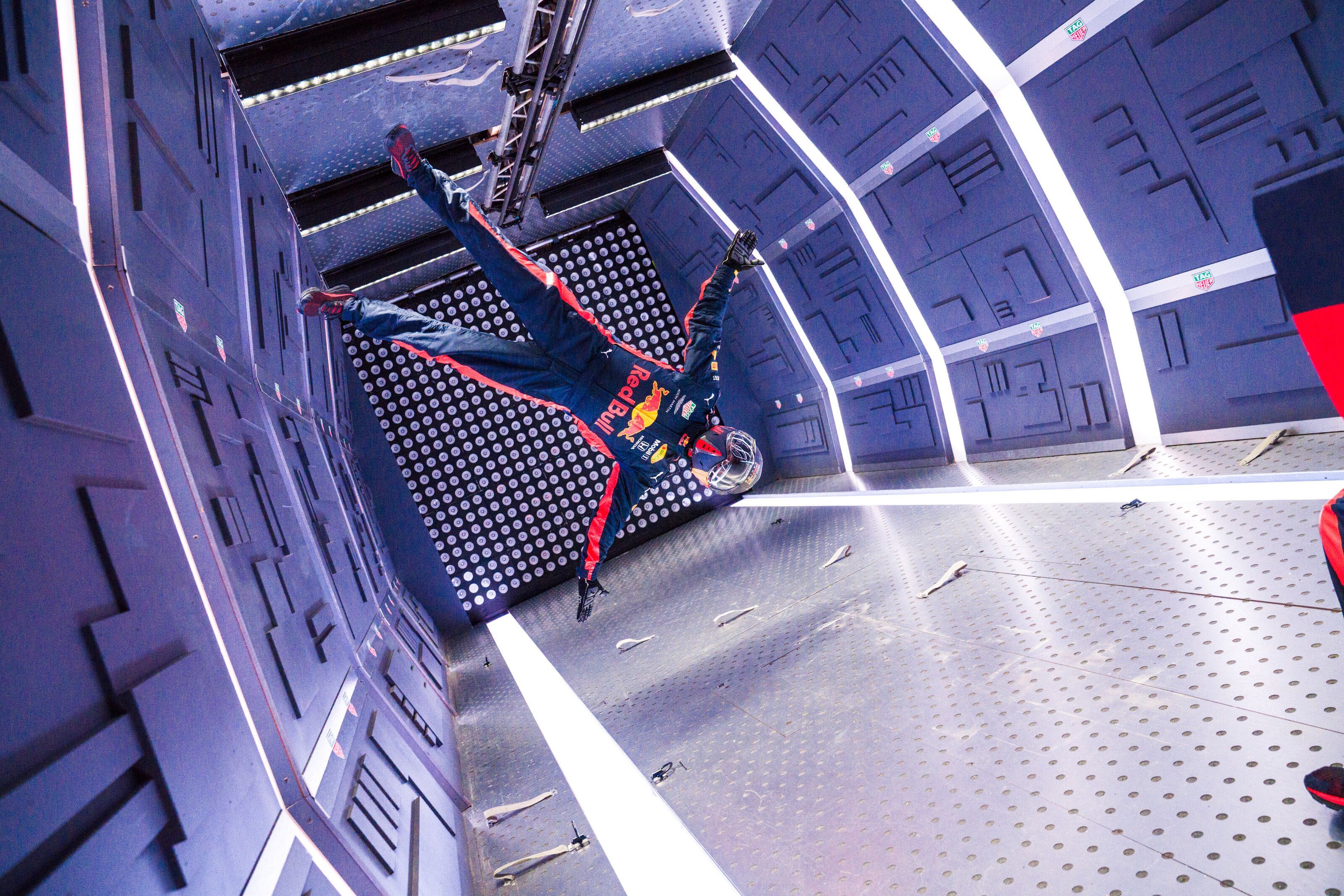 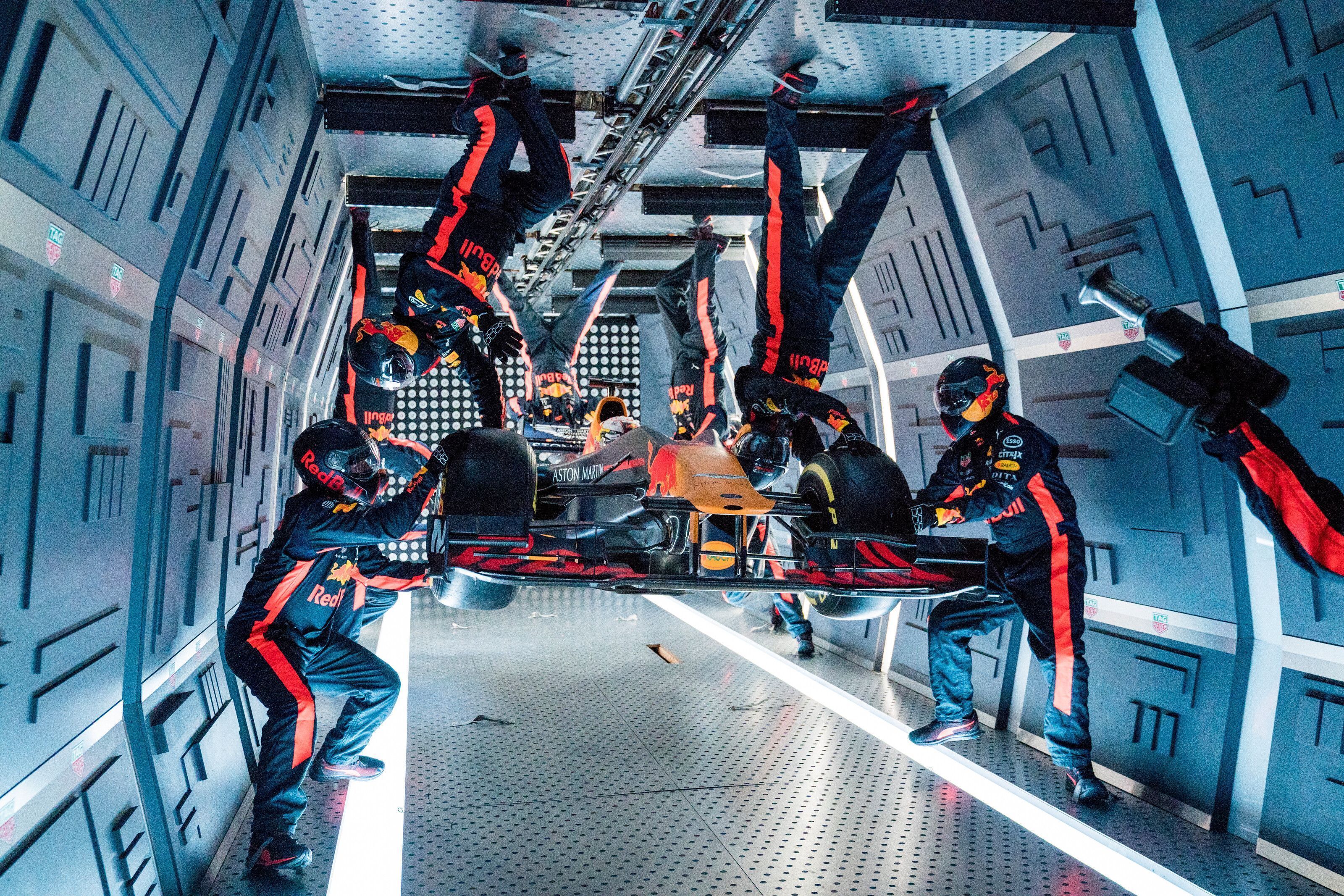 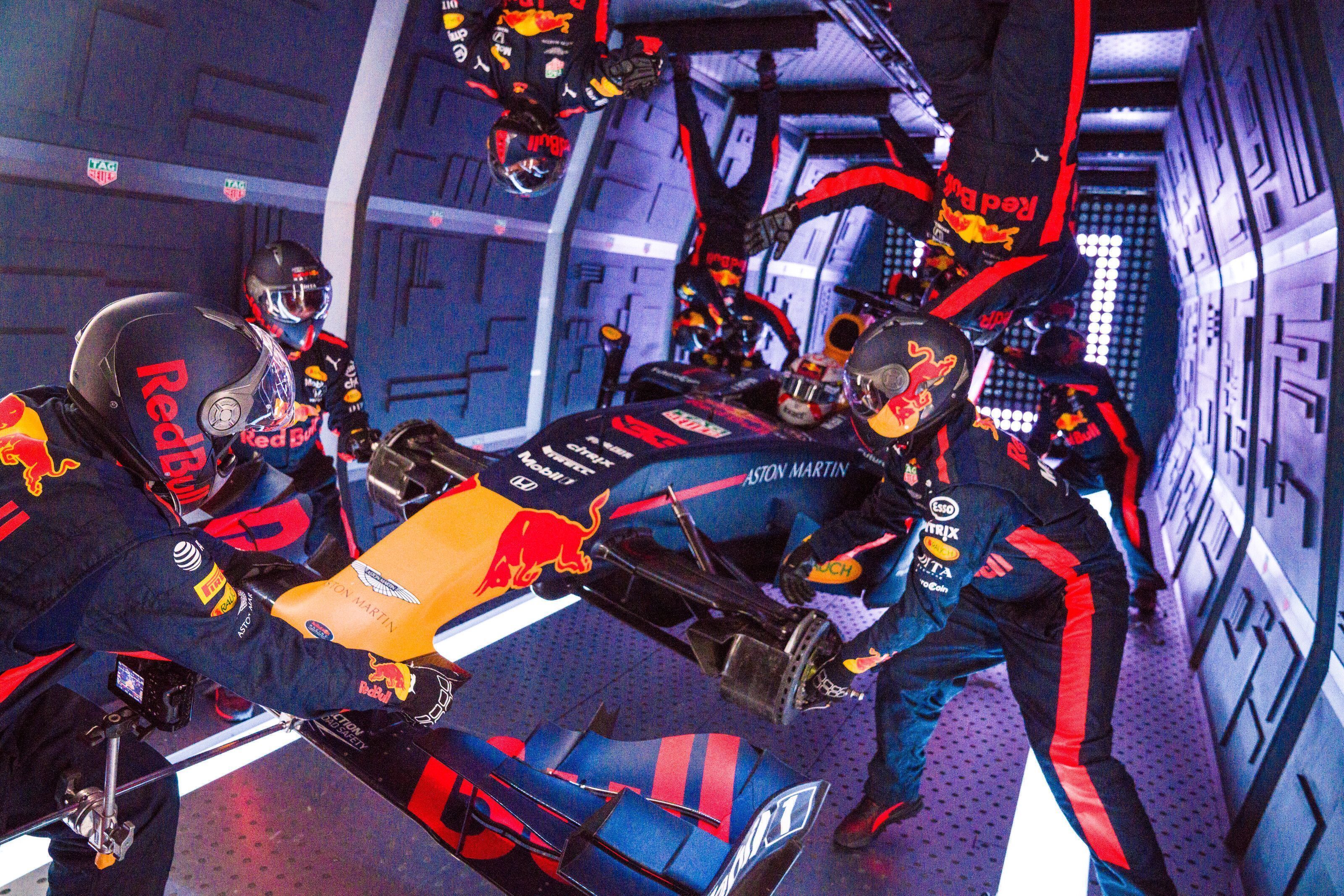 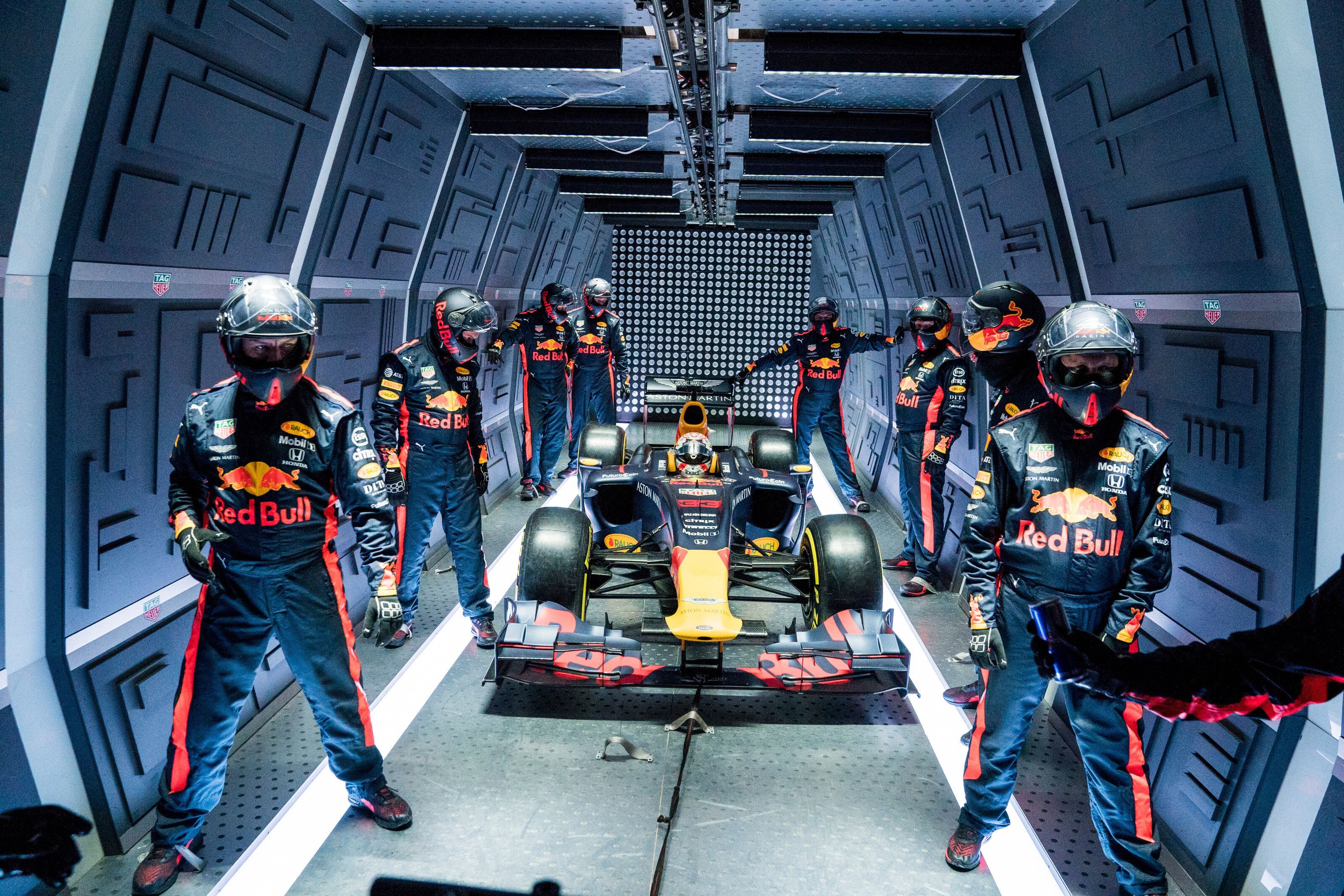 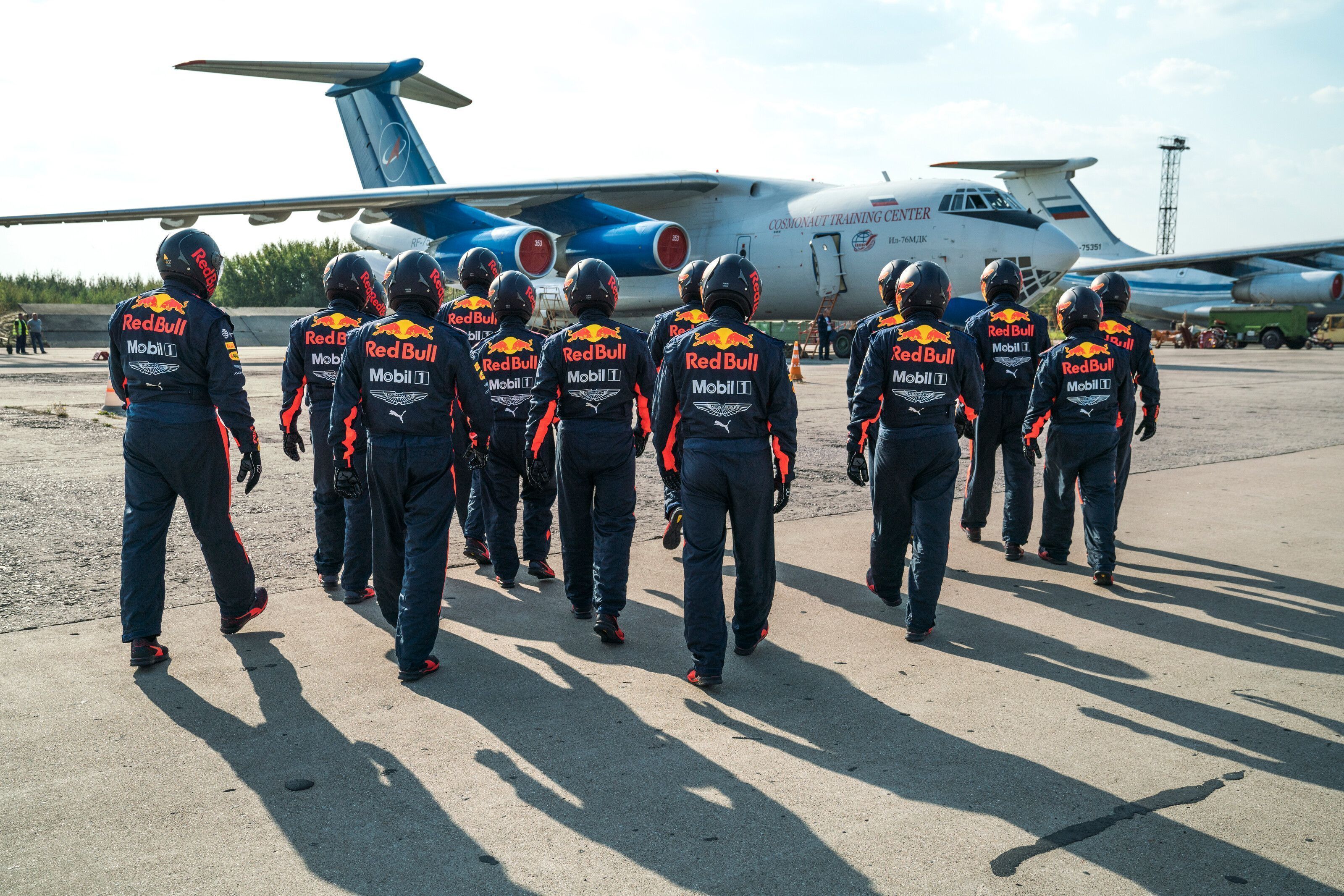 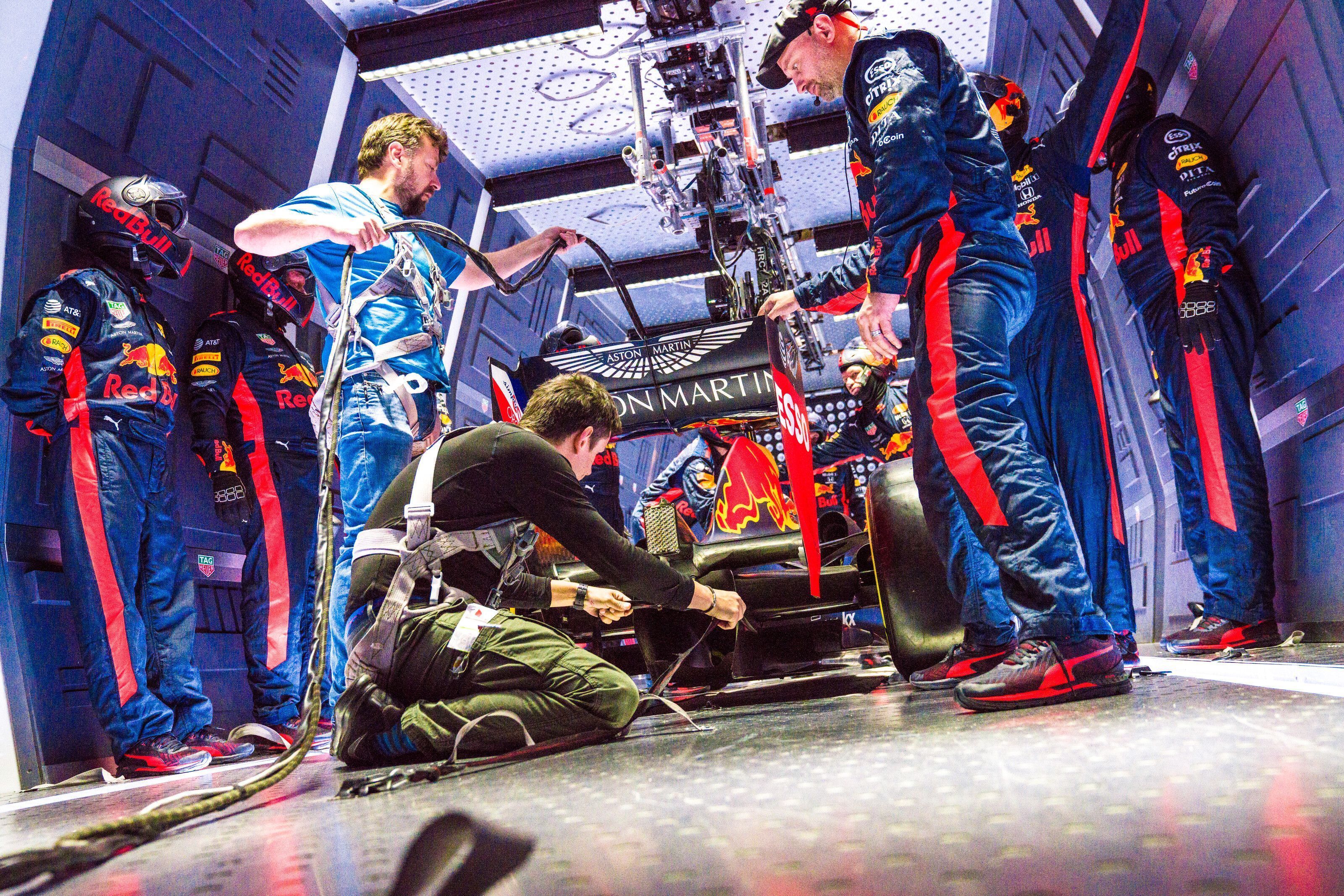 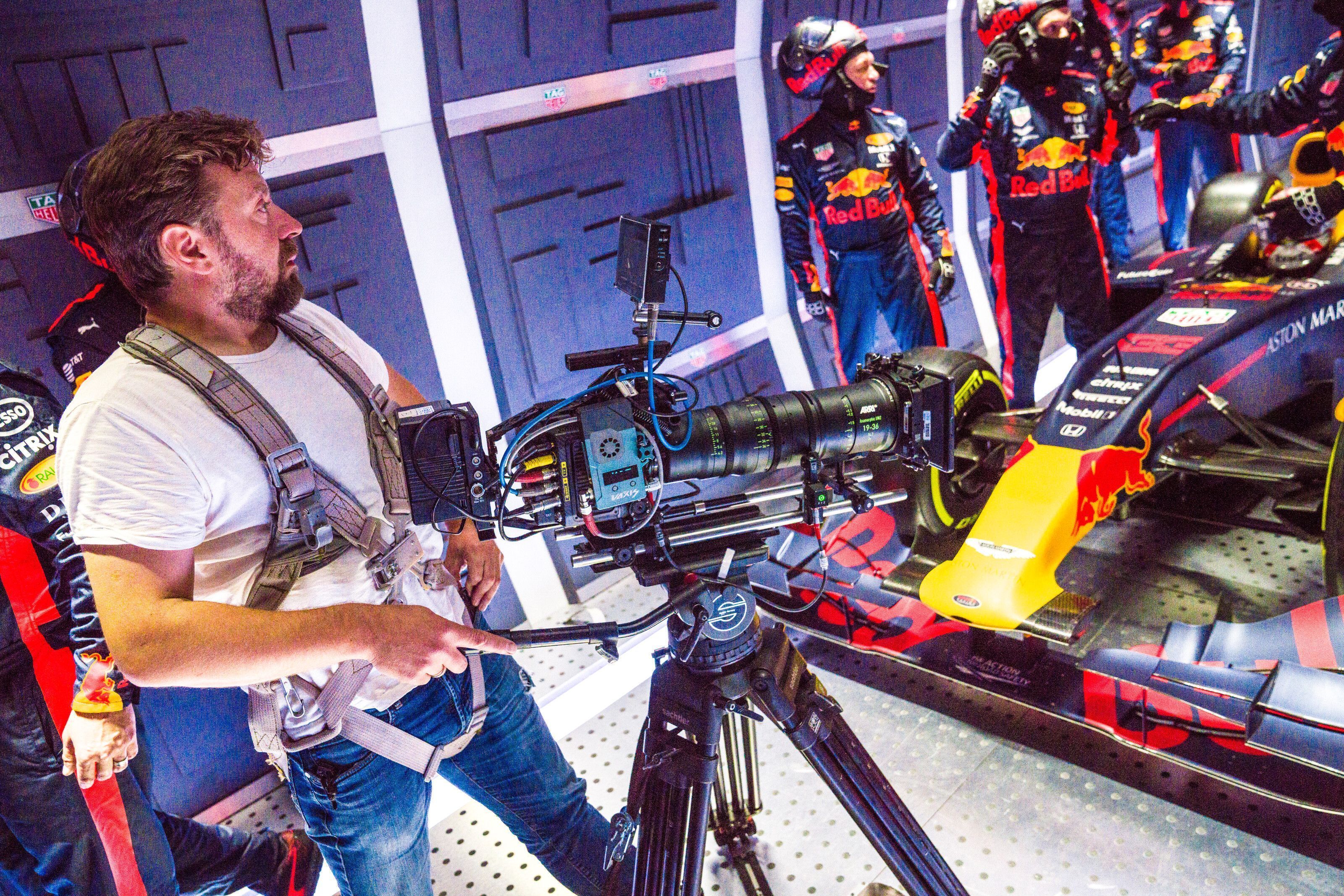 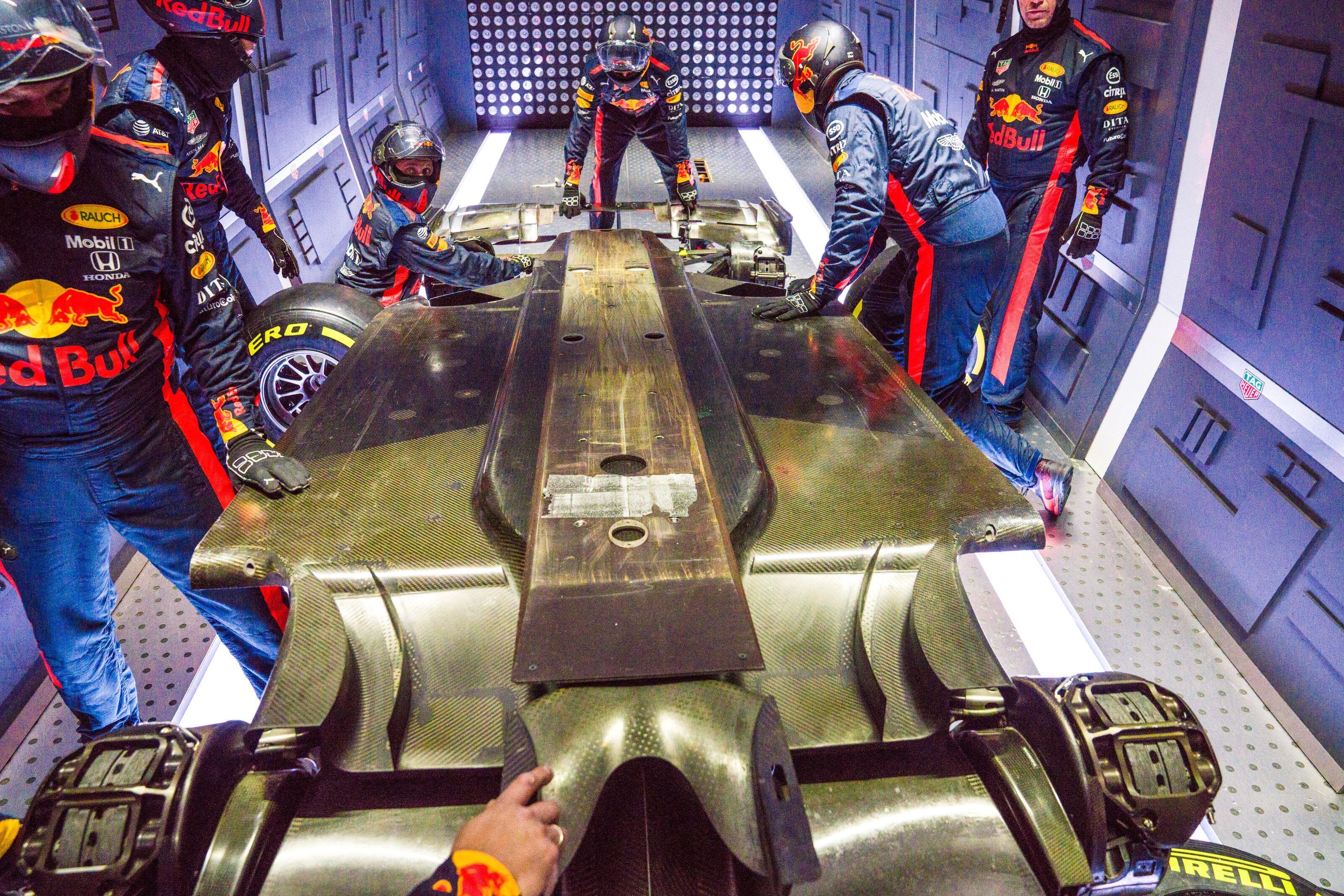