Fernando Alonso made his first appearance in a Renault F1 car at Barcelona as part of its filming day which was pending for the 2020 season.

In a bargain for both Renault and Alonso, the Spaniard got a small taste of the 2020 F1 machine at Circuit de Catalunya-Barcelona on Tuesday, when the team undertook a filming day programme with the two-time champion driving the R.S.20.

Usually, the filming day has regulars driving but with lack of testing availability, Renault opted to give Alonso some track time in the current car, even though he was restricted with just the 100 km run on demo Pirelli tyres at a slower speed, with 21 laps done.

The track run carries on with the programme set out for Alonso, who has been spending a lot of time at Renault’s factory, preparing for his return in 2021. He is even expected to be at the track with reports suggesting it to be the Emilia Romagna GP weekend at Imola.

Renault is also pushing to have Alonso test at Yas Marina circuit in the post-season running but will need the permission from the FIA. While they wait for that, he can drive the older cars as part of private testing which the team does for its academy drivers.

Speaking about the run, Alonso felt good, even though it was just filming run. “Its been good to be back, it has been a very good day in Barcelona, our filming day,” he said in a video interview. “It was only 100kms, but for me they were very special, getting back to an F1 car and to the team.

“The feeling was good. I think the car is obviously outperforming me at the moment, because I cannot extract the maximum from the car. Getting back to the F1 speed is not so easy. I was improving lap after lap, and trying to give feedback to the engineers. Also we had some filming to do, so there were cameras, there were drones following on track.

“So it was hard pressure, hard work. I think the car has potential, as we see every weekend. But still some room to improve, as we know, and we’ll try to do it in the shorter term. It was a nice surprise. We know the car is performing well at the last couple of races and I felt the grip and certainly good potential in it.

“The last time I drove a Renault engine was in 2018 and I felt a step forwards, which is quite important there. Everything felt good. Most of the day was a little bit of filming with some drones on track and some action behind the camera,” summed up Alonso.

The Spaniard noted of watching the Eifel GP and keeping a message ready to send until Daniel Ricciardo crossed the chequered flag to score the team’s first podium since return. In fact, he noted about having a virtual office at home watching everything.

“Of course I watch all the races from home,” he said. “I have also a nice set-up, I have a computer that the team gave to me a couple of weeks ago, so I can follow Esteban’s on-board camera, Daniel’s on-board camera as well, I can follow the radio communications from the team, the debriefs, the strategy meetings.

“So I know what is happening every weekend. The results are getting better.” Elsewhere, Alonso detailed into the programme ahead as he feels it is a fresh start, where he will need everything to be set again, whether it is steering wheel and or the pedals, etc.

Even in terms of his own fitness, he admits, he has to ramp it up for 2021. “The last three cars I drove were the Dakar in January, Indycar in August, and now the F1, so they cannot be more separated, each of the three,” said Alonso. “With the F1 it’s a little bit easier, because it’s the thing that I’ve been driving all my life.

“And after 18 years in F1 and now getting back, it’s true you are missing a little bit the braking points, how quick all the corners arrive, braking performance, cornering speed performance, so there are many things that I need to get used to again. But it will take a shorter period of time than getting used to a completely new thing.

“There are many things to get ready. First will be the fitness – you have to be back in shape, you have to train for F1 standards, the neck, especially all this part of the body, the upper part, will need to be reinforced and worked on in the next couple of months. The neck is OK after 100kms, but I will tell you tomorrow. Maybe a little bit of pain.

“So far it has been good, but I know that I need to keep working. Then preparations in terms of comfort, seat fitting, the steering wheel, pedal positions, there are many things we need to go through. And also the engineers, trying to have a good relationship, a good connection, that we understand each other even just looking at each other.

“All those kinds of things, we will need a bit of time. We are using this part of 2020 and also the winter of next year to build the momentum,” summed up Alonso, as he looks towards pushing the team towards better results in 2021 and eventually in 2022.

“We all have high hopes inside the team, looking at the team’s progress in the championship, and the positions on the weekends,” he said. “At the same time we also have to have the feet on the ground, knowing the regulations will be more or less the same until 2022.

“We know that the deficit the midfield teams have this year will carry on next year. With the feet on the ground and a lot of positive energy and optimism for next year I think we have a great team, talented people in the team, great sponsors, a lot of fans around the world. I think we have all the ingredients to do a good 2021.” summed up Alonso. 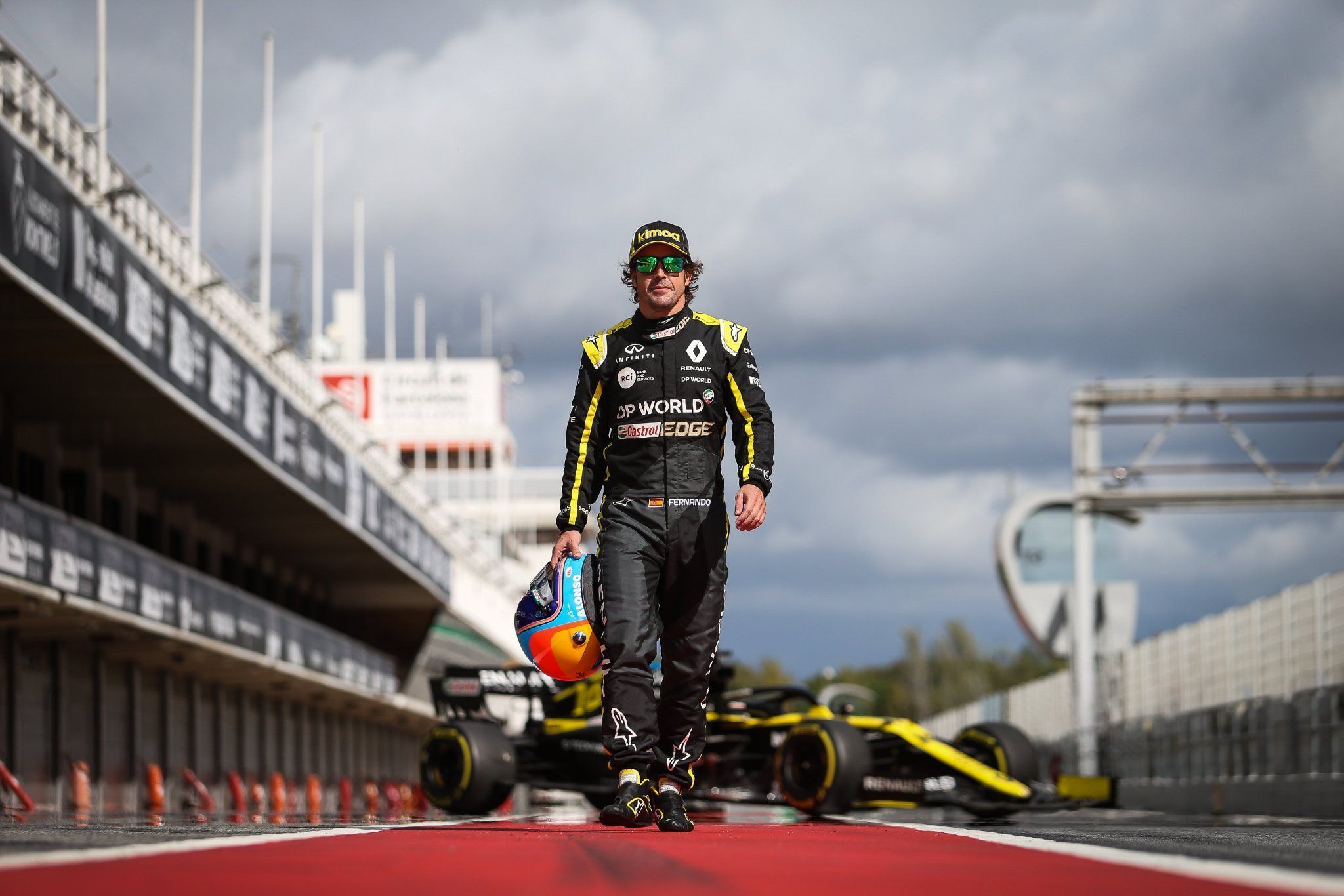 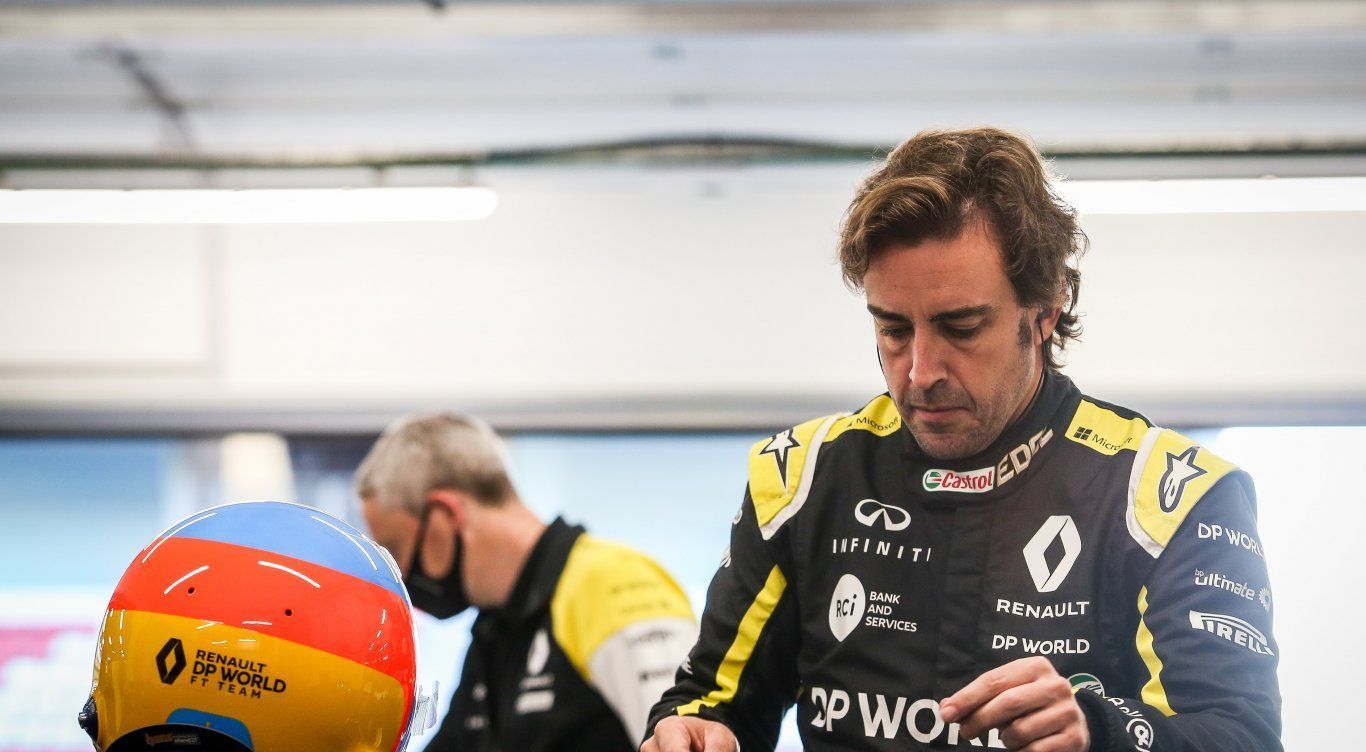 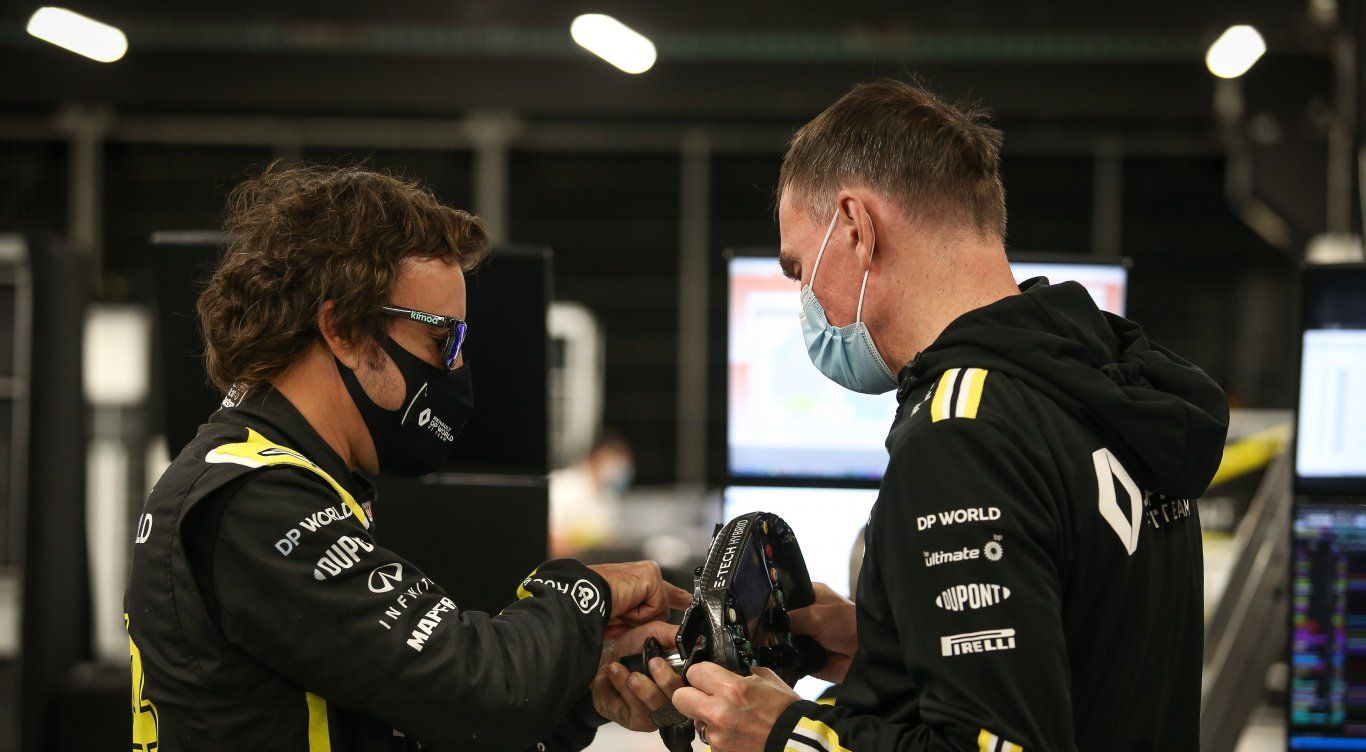 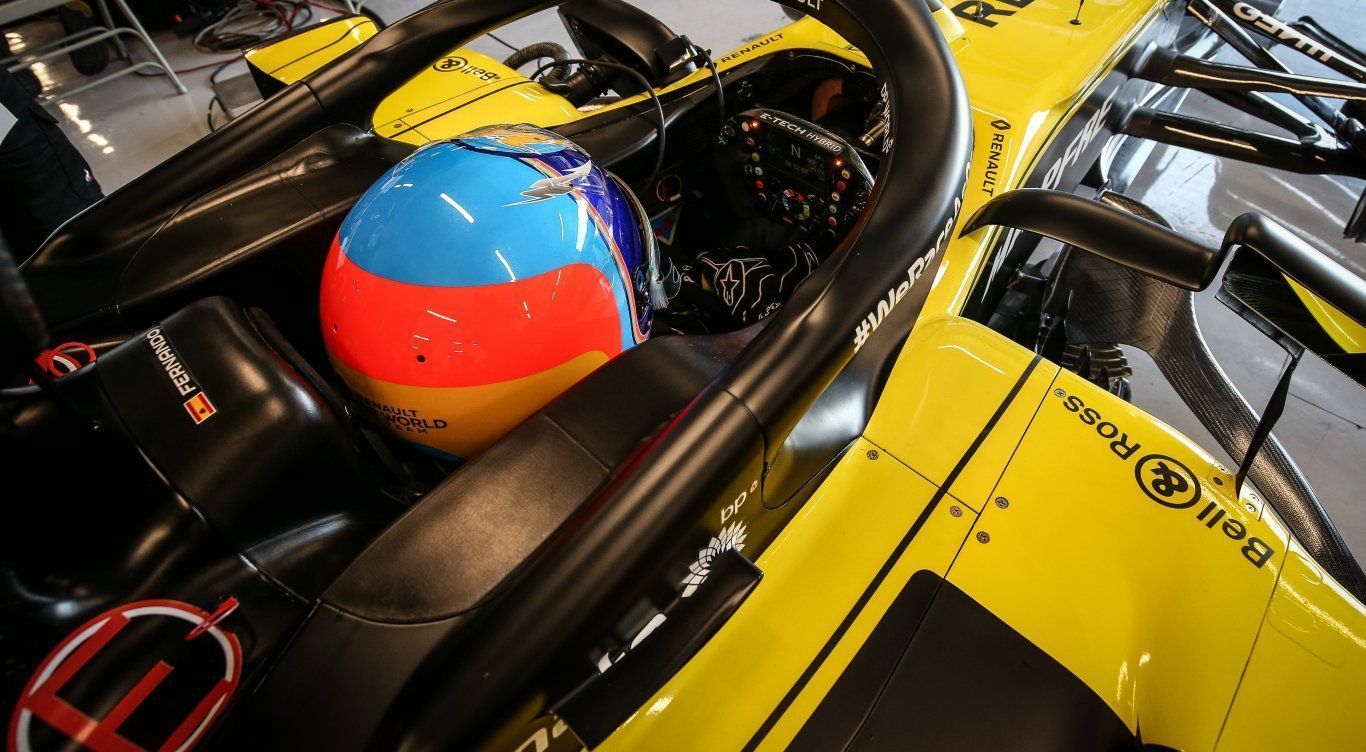 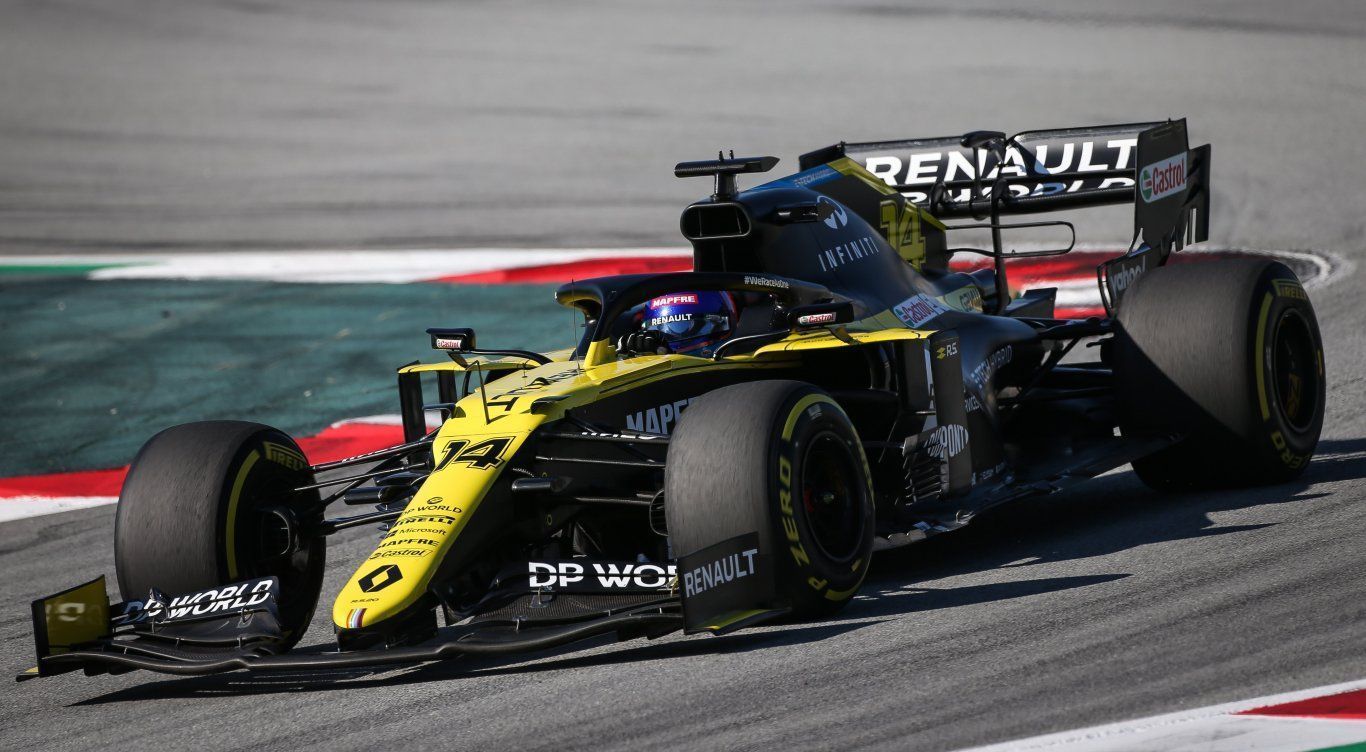 Here’s the video uploaded by Renault:

Here’s news on Fernando Alonso visit to Renault base