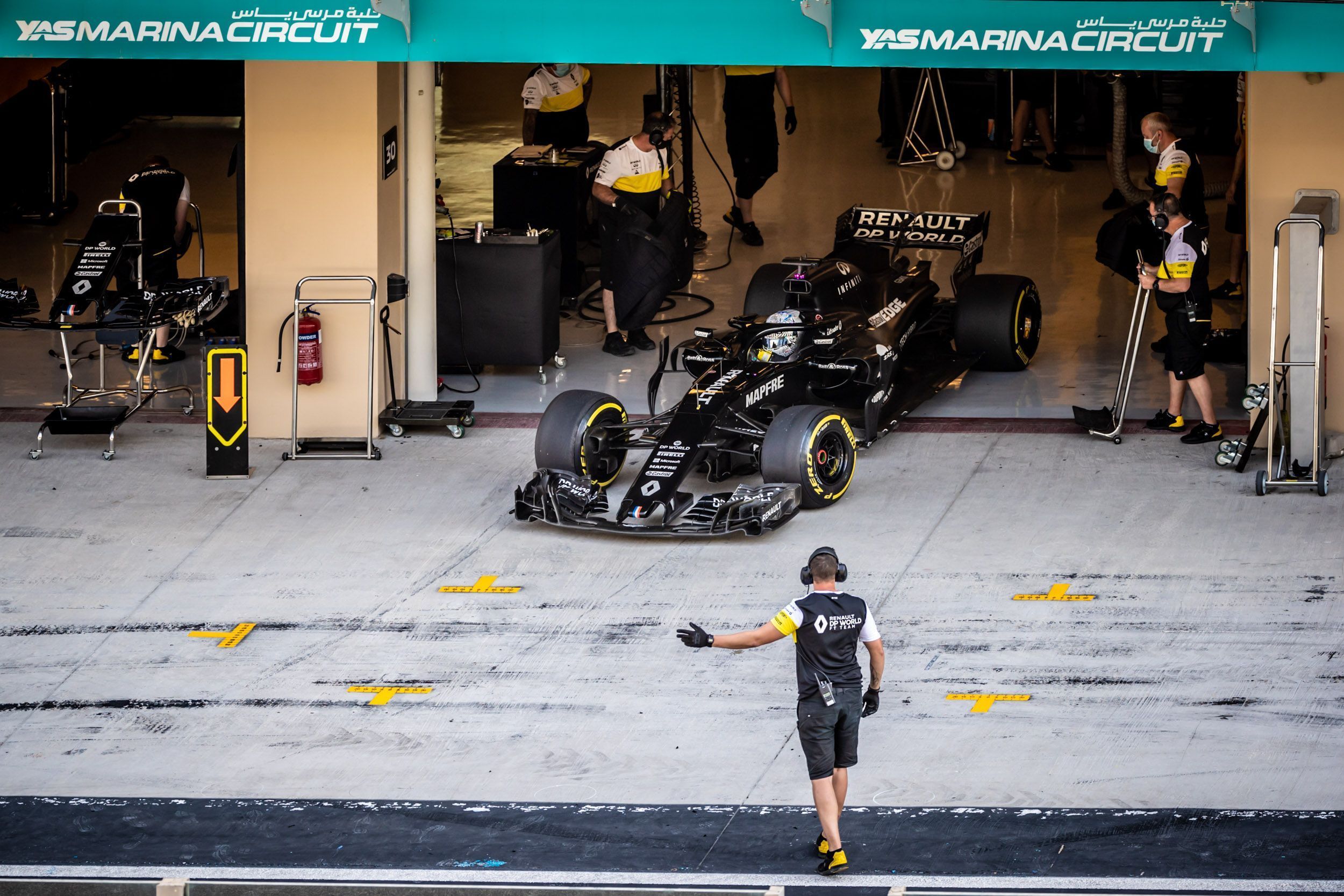 This was the third time that Alonso drove a Renault F1 car since the announcement of 2021 return – the second time having a proper run in the R.S.18. The latest two-day run took place at Yas Marina circuit in Abu Dhabi, where the 2020 season will end.

While Alonso completed his test, Renault academy driver Guanyu Zhou will having his go next for a day. It remains to be seen if this is last time for the Spaniard in a F1 car before the 2021 winter test as he is unlikely to feature in the post-2020 tyre testing.

Alonso completed 116 laps on Sunday, while he did 74 on Monday, to make a grand total of 190 laps in all. It will now be to see if the Spaniard sticks around for the 2020 triple-header finale in Bahrain (two rounds) and Abu Dhabi.

Here’s handful of photos and a video of Fernando Alonso testing:

Aside the Renault and Alonso news, Pirelli along with FIA, revealed a positive COVID-19 test for the tyre manufacturer’s F1 head, Isola, who is a regular to the grand prix. He is the latest among the high-profile figures to have tested positive for the virus.

His result returned positive in the usual post-race testing done on Sunday. He has already isolating being an asymptomatic patient. Isola is the second known positive case from Pirelli after the first came in Australia along with Mclaren.

It is unclear if anyone from their end returned positive since 2020 F1 season re-started. Isola tweeted about being in good spirits. It is worth to note that the Pirelli chief had spent part of the pandemic lockdown in the frontline, driving ambulance in Milan.

“The FIA,  Formula 1 and Pirelli can confirm that Pirelli Head of F1 and Car Racing Mario Isola has tested positive for COVID-19 on Sunday 15 November at the Turkish Grand Prix. Mario returned a positive result during the regular Sunday COVID testing schedule. He is now isolating, and is asymptomatic and will adhere to the local medical guidelines. All close contacts have been declared, retested, and no further positive cases have been returned,” said the statement from Pirelli.

Here’s the last detail on COVID-19 by F1