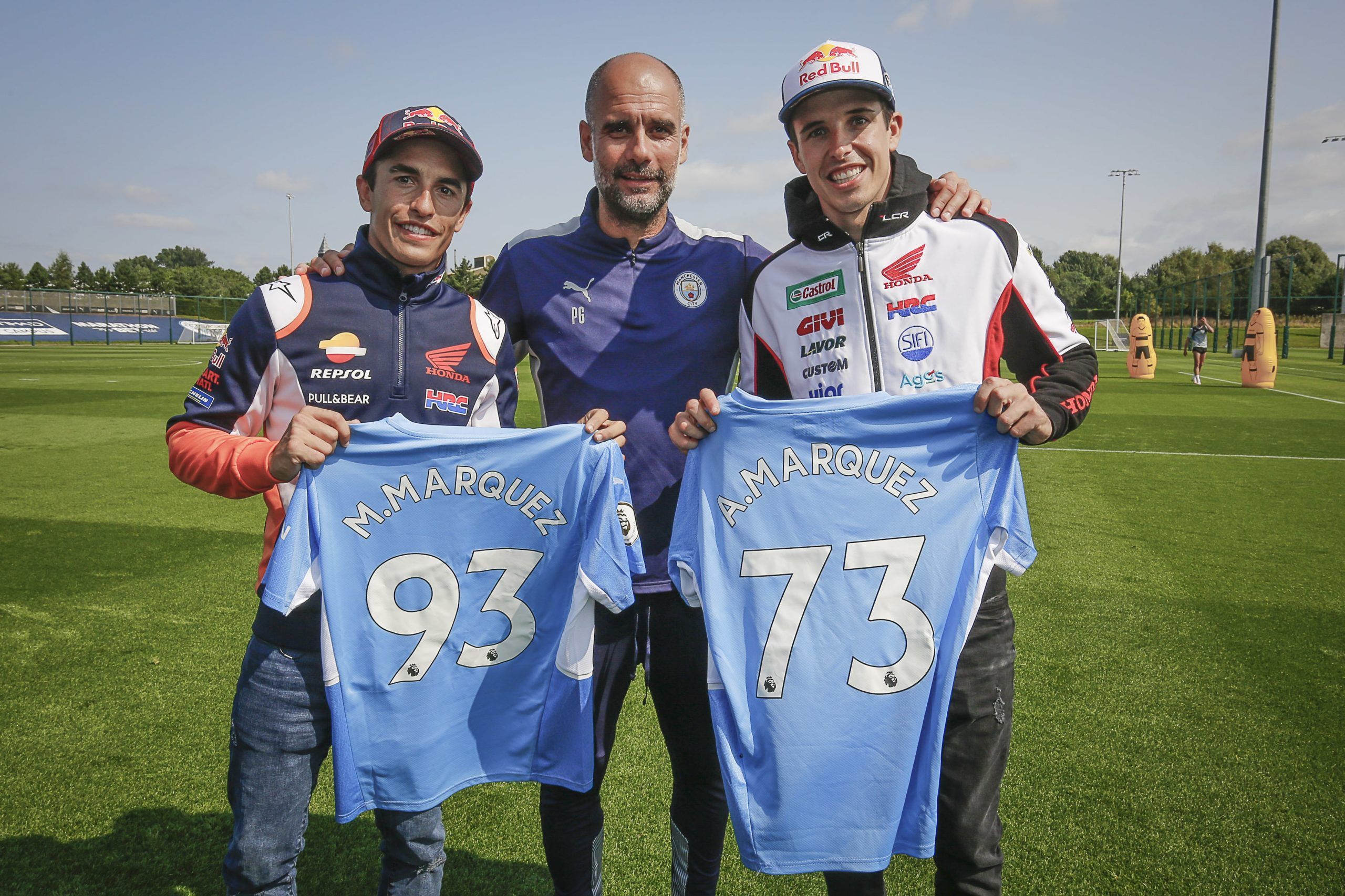 Marc and Alex Marquez paid a visit to the Manchester City football team camp ahead of the United Kingdom’s MotoGP round this weekend.

MotoGP shared some photos and videos of the Marquez brothers at Manchester City camp, where they even got their numbered jerseys from compatriot, Guardiola. 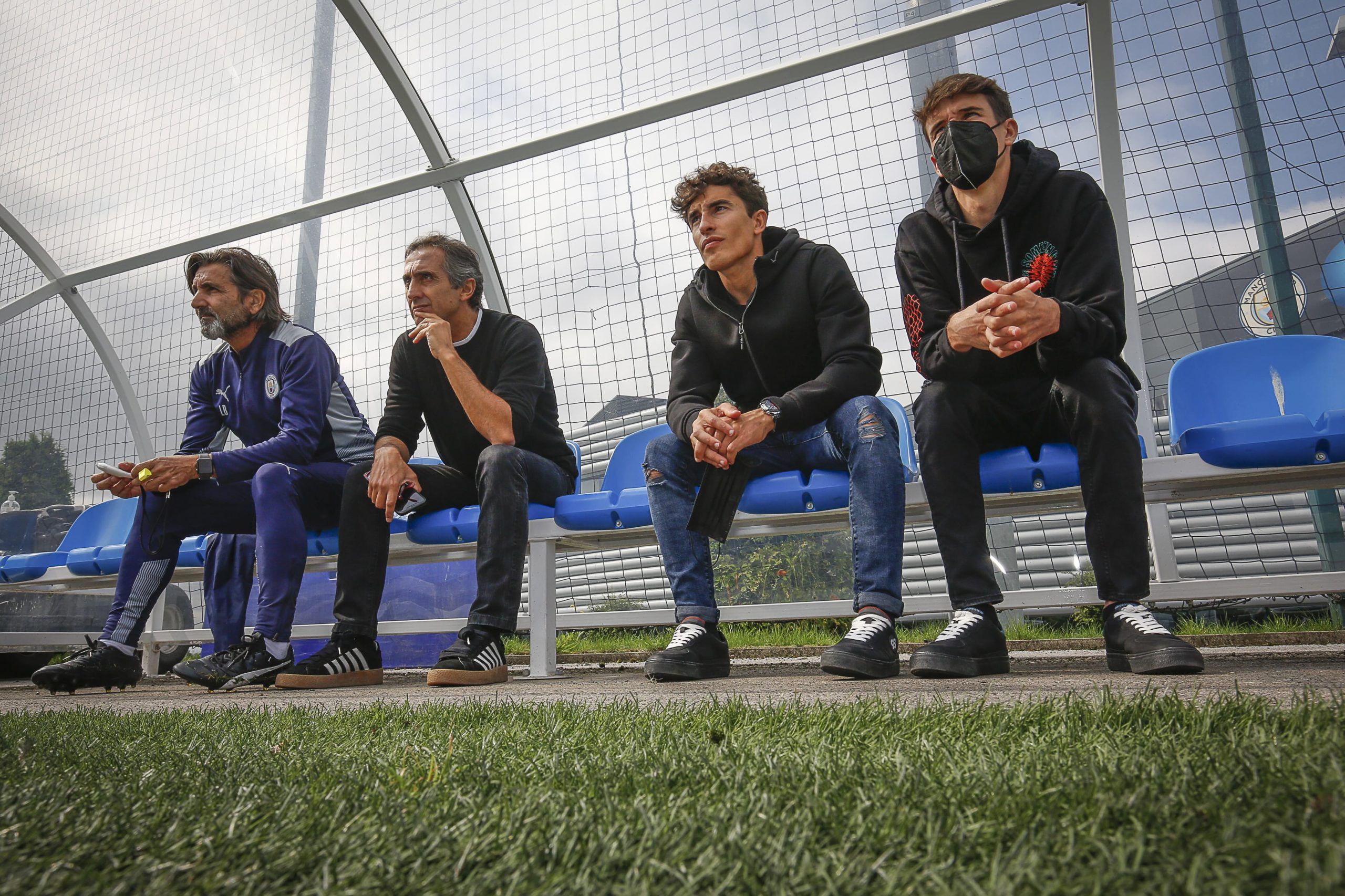 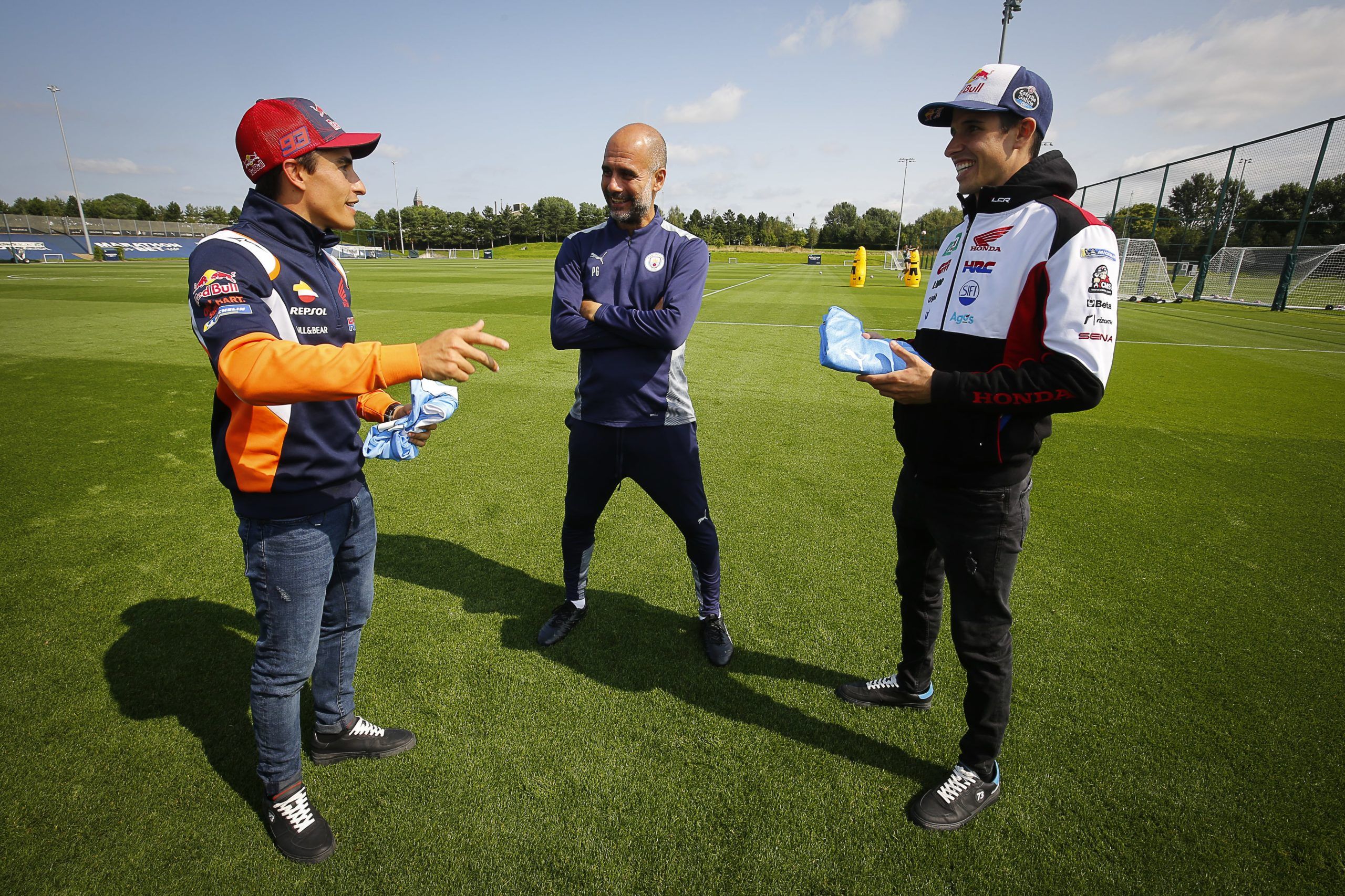 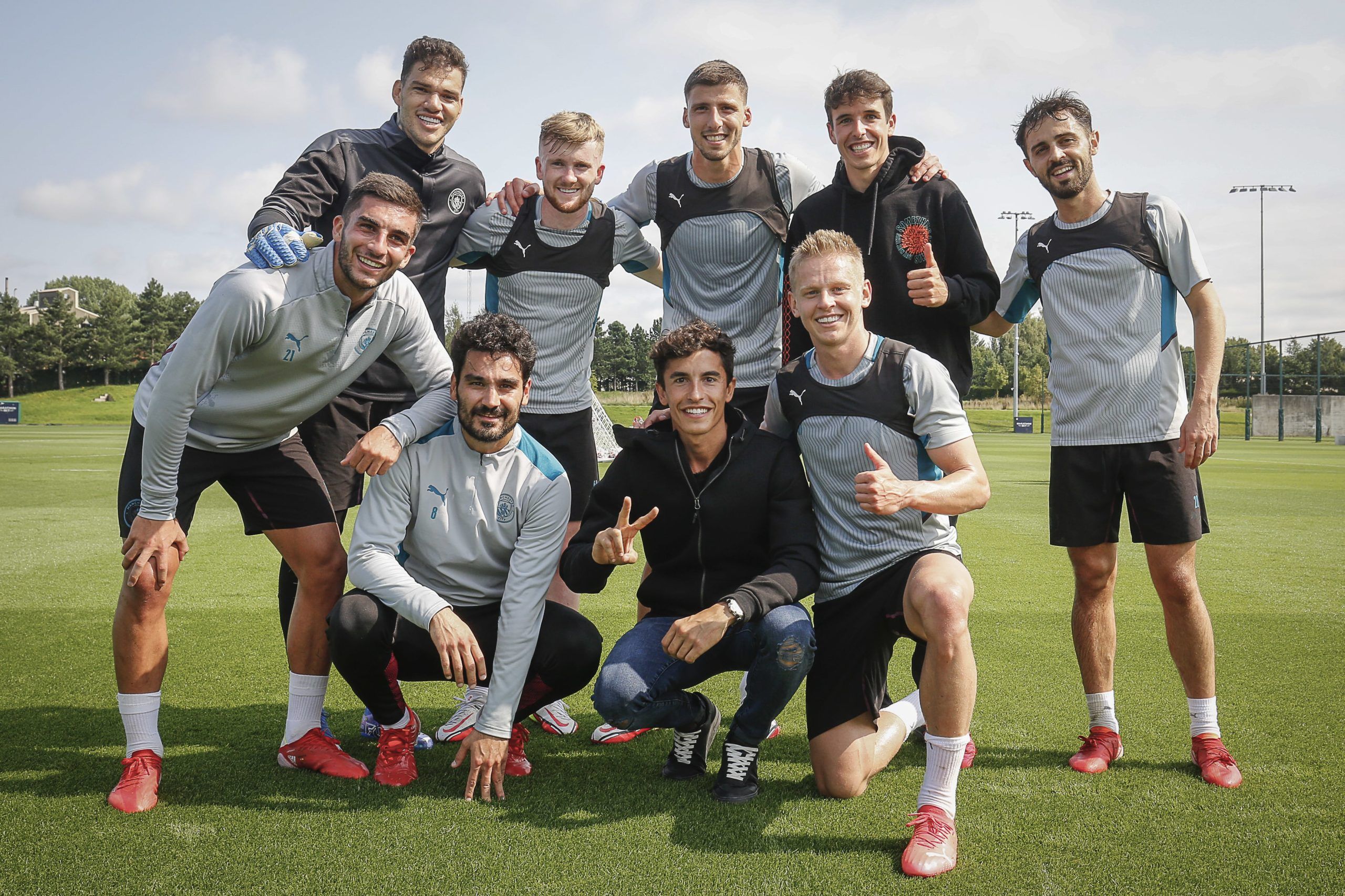