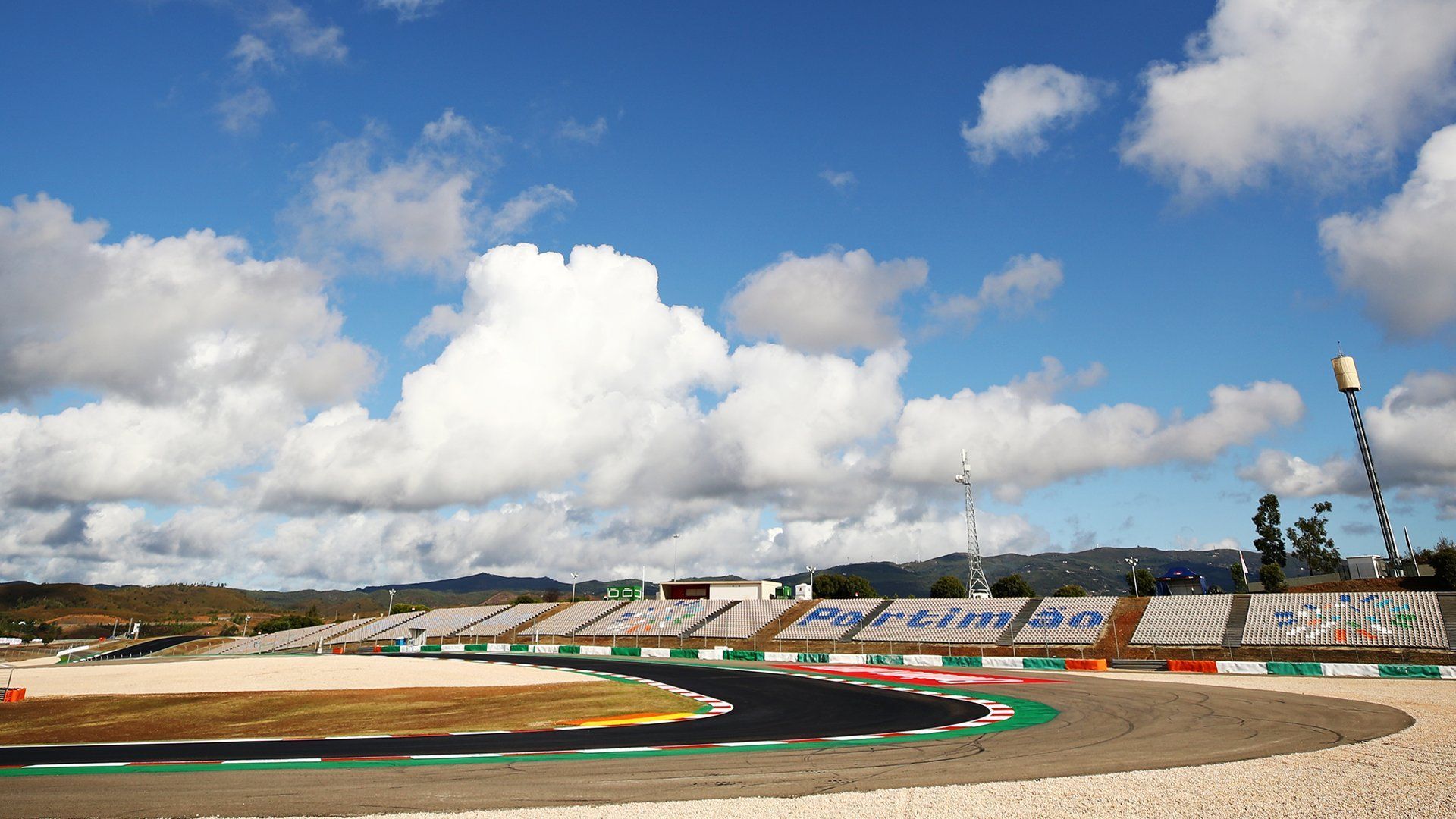 Vitaly Petrov is one of the stewards for F1 Portuguese GP which has one DRS zone as F1 Nation features Dario Franchitti and Emanuele Pirro, while Talking Bull has Max Verstappen and Takuma Sato.

Petrov has been named as one of the stewards for the upcoming F1 Portuguese GP as he joins Tim Mayer, Felix Holter and Paulo Magalhaes in the job. The FIA has released further details with regards to the sole DRS zone and track limits monitoring.

Turn 1 – Exit: a) A lap time achieved during any practice session or the race by leaving the track (all four wheels over the white track edge line) on the exit of Turn 1, will result in that lap time being invalidated by the stewards.

Turn 4 – Exit: a) A lap time achieved during any practice session or the race by leaving the track (all four wheels over the white track edge line) on the exit of Turn 4, will result in that lap time being invalidated by the stewards.

Turn 15 – Exit: a) A lap time achieved during any practice session or the race by leaving the track on the exit of Turn 15, will result in that lap time and the immediately following lap time being invalidated by the stewards.

General – Turn 1 Exit, Turn 4 Exit and Turn 15 Exit: a) A driver will be judged to have left the track if no part of the car remains in contact with the track.

b) Each time any car fails to negotiate Turn 1 Exit, Turn 4 Exit and/or Turn 15 Exit by using the track, teams will be informed via the official messaging system.

c) On the third occasion of a driver failing to negotiate Turn 1 Exit, Turn 4 Exit and/or Turn 15 Exit by using the track during the race, he will be shown a black and white flag, any further cutting will then be reported to the stewards. For the avoidance of doubt this means a total of three occasions combined not three at each corner.

d) In all cases detailed above, the driver must only re-join the track when it is safe to do so and without gaining a lasting advantage.

e) The above requirements will not automatically apply to any driver who is judged to have been forced off the track, each such case will be judged individually.

With no race to serve as an opening topic, the latest episode of F1 Nation began with an introduction reminiscent of those from the quarantine era, when installments would often begin with discussion of ESports and personal affairs, just as this latest one did.

There were, however, some reminders that post-lockdown life is underway, this immediately becoming apparent when one of two hosts, Tom Clarkson, discussed the recently-held Goodwood Speed Week. He expressed an appreciation for the congregation of motorsport fans and figures from the sport at the event, naming Dario Franchitti as an example of one whose presence was enhancing.

This name came up once more a few minutes later, with an interview with Franchitti part of the episode. A particular question was raised to the former IndyCar star of what F1 car he appreciates the most, and to this he responded that it was the Lotus 79.

This sparked further conversation about close contenders like the Brabham BT46B ‘fan car’, and post the end of the brief interview, the discussion continued, becoming inter-host banter. TC, as Clarkson is known, brought up the dart-shaped Brabham BT52 while his co-host Alex Jacques made reference to the 1998 McLaren MP4-13, as well as Jim Clark’s Lotus 33, and his absolute favorite, the Ferrari 641 from 1990.

A car on display at New York City’s MoMA, the 641 – designed by John Barnard – apparently stands out to the Brit as everything an F1 car should be. For TC, the same is true of the Williams FW14B. The ‘mailbag’ segment followed, including some discussion about the best F1-related books, and after this, Le Mans champion Emanuele Pirro joined the show.

The Italian opened with discussion about Lewis Hamilton’s record-equaling success recently, and engaged in conversation about how difficult it is to sustain such a high level of performance for a season, or multiple seasons in succession.

On the opposite end of the spectrum, Pirro evaluated Ferrari’s recent performances, stating that it is sad seeing them in such a position, but proposing that it demonstrates the competitiveness of F1 in the modern era.

Pirro also weighed in on the upcoming 2022 regulations, speaking on them with optimism whilst also praising the F1 product amid criticism of it. After this interview ended, so too did the episode after an excited preview of the Portugese GP marked the end of the show.

Here’s link to the episode: https://podcasts.google.com/feed/aHR0cHM6Ly9hdWRpb2Jvb20uY29tL2NoYW5uZWxzLzUwMjQzOTYucnNz/episode/dGFnOmF1ZGlvYm9vbS5jb20sMjAyMC0xMC0xMjovcG9zdHMvNzcwMzgxMw?hl=en-IN&ved=2ahUKEwjL8cuYtsjsAhXF73MBHUnfD6MQjrkEegQIDhAF&ep=6

Here’s F1 Beyond The Grid Podcast having Toto Wolff

Also in the world of podcasting, the latest episode of Red Bull’s Talking Bull motorsport show launched, this one with their driver Verstappen and reigning Indy500 champion Sato. The podcast moderator probed the Dutchman on whether or not he watches IndyCar, and the he explained that he watched the Indy500 this year, despite not being a regular viewer of the series.

Both Sato and Verstappen then spoke on when they first met at the 2019 Japanese GP, their respective partnerships with Honda linking them together. The former, who drives for Rahal Letterman Lanigan Racing in IndyCar, discussed the weekend, during which they both had the pleasure of driving Honda’s 1965 RA272 F1 car.

The pair then discussed their respective journeys into the racing world, Sato having started his career much later in his life than Verstappen did. The Japanese driver spoke on his transition to IndyCar from a relatively unfruitful stint in F1.

Verstappen spoke on his experiences behind the wheel of IndyCar’s on simulators, denying that he’d consider doing the real thing on ovals. He did, however, admit that road course racing in the series interests him. He also touched on the Red Bull-designed aeroscreen, with Sato also contributing to this conversation. The two then discussed a common experience they have, which is standing on an F1 podium.

The two also conversed about their respective experiences racing in the bizarre year that is 2020, with Sato looking at the situation in a positive light, and Verstappen viewing it similarly. After this, and a bit more discussion, ‘Honda bingo’ was played, wherein the two drivers attempted to identify the engine from which an exhaust note came. The pairing scored a 3/6 on the Bingo.