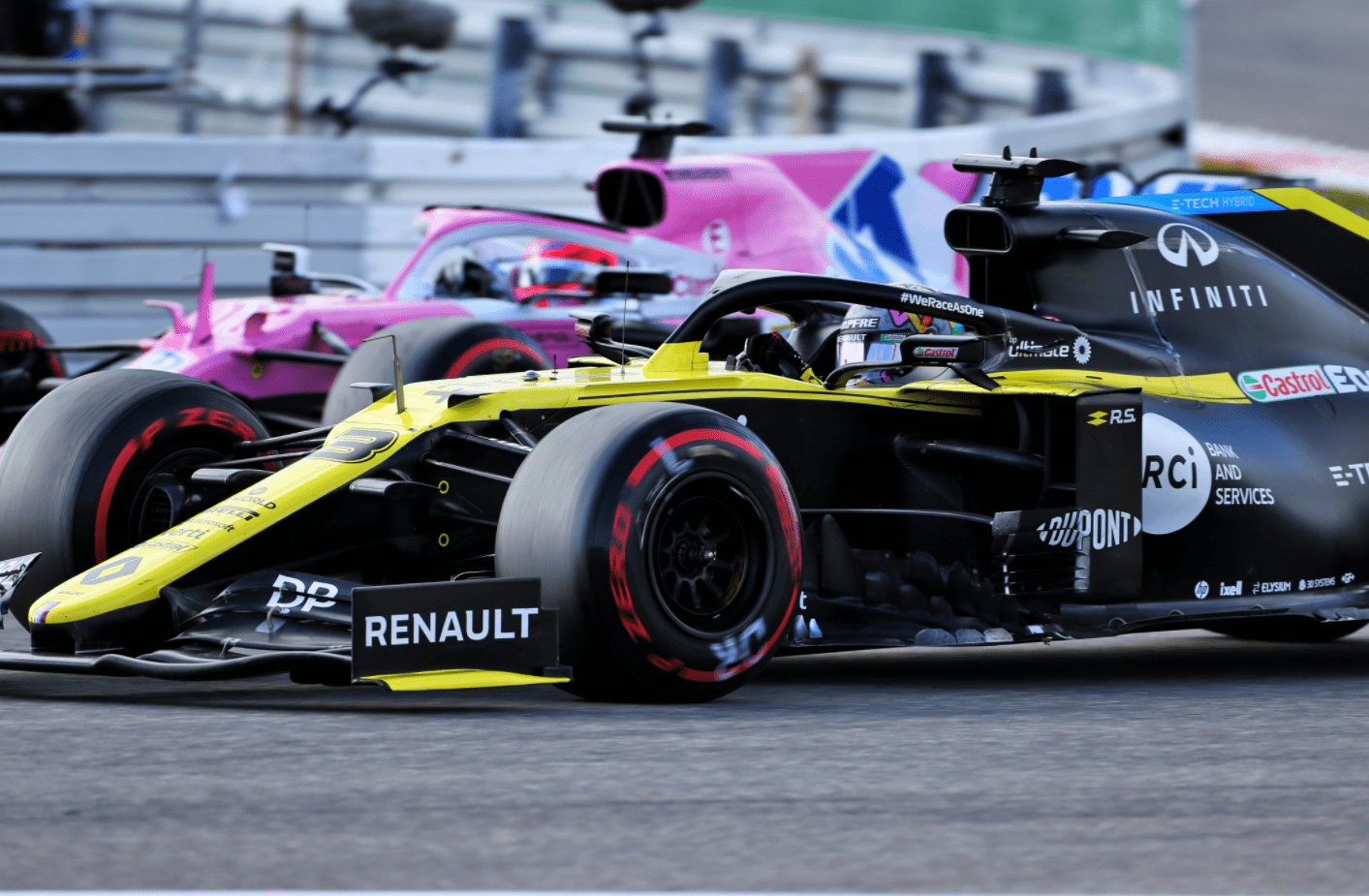 Daniel Ricciardo was worried about Sergio Perez without the safety car as the Mexican felt there was a chance to push for a podium in F1 Eifel GP.

As it has often been in 2020, the final podium position was hotly contested in the Eifel GP at the Nurburgring, even with numerous cars out of contention. In this fight existed Sergio Racing Point’s Perez and Renault’s Ricciardo, who were the two between whom the pendulum of advantage most repeatedly swung.

The former of the duo started behind Ricciardo in ninth, gradually closing up to his adversary. On an opportunistic strategy, Perez would later opt not to pit under a virtual safety car when Ricciardo did, gaining positions in the process.

When time came for him to pit around the race’s halfway point, Perez emerged roughly 16 seconds behind the Renault driver, his efforts being helped when a down-on-power Lando Norris of McLaren conceded his position.

Having then dispatched Ferrari’s Charles Leclerc, Perez set off in pursuit of Ricciardo, closing the gap at a worrying rate for the Australian. It had seemed just a matter of time before he would catch the Australian, particularly as the latter was on worn tyres.

A safety car, however, wherein Ricciardo was able to pit, and Perez followed a lap later, gave the defending car some relief. “We were catching Daniel pretty fast,” said the Mexican to TV media. “The car was performing well and I was really happy with that medium set, so I think towards the end it was going to be really close.

“Then, the safety car came out – we stayed out on the first lap but then I asked the team if we were sure about it, because with these conditions I don’t think I would have managed to restart the tyre and get it to temperature. Luckily, we stopped again, and at the re-start I tried to pass Daniel into turn four.

“It didn’t work, but overall a good day for the team,” Perez explained. Ricciardo, having made his way past Leclerc and Red Bull’s Alexander Albon early on, sat fourth for much of the race’s opening stages. However, upon the mechanical failure of the Mercedes’ Valtteri Bottas, he was promoted to third.

It was here he sat for the remainder of the race, bar the period in which he was behind alternate-strategy cars, among them Perez. “I was trying to manage a little bit the tyres to have something at the end but he started to catch me, on some laps a second a lap,” said Ricciardo. “So, I was then trying to pick up the pace and not to be vulnerable too early.

“There was a discussion: do we pit or not? But, I think if there wasn’t a Safety Car, I think we would have stayed out and tried to have held on – at least put up a fight. I think if you pit and if the tyres don’t have much of an advantage and we don’t get on the back of Perez, then some could say you had the track position and you gave it up.

“So, I think in that position we would have taken the risk. And it would have been very close. I was a little bit mixed to see the Safety Car because I knew it was going to bunch us up – but obviously it put us all on the same tyre, so obviously it maybe helped us hang on at the end. Something like that,” summed up Ricciardo.

It was a relief for Ricciardo eventually to score his first podium since the 2018 F1 season as it helped Renault to be just two points behind McLaren and six off Racing Point in the fight for third. For Perez, it was a relief to score, especially with Lance Stroll not competing.

Here’s Daniel Ricciardo doing the shoey after the grand prix