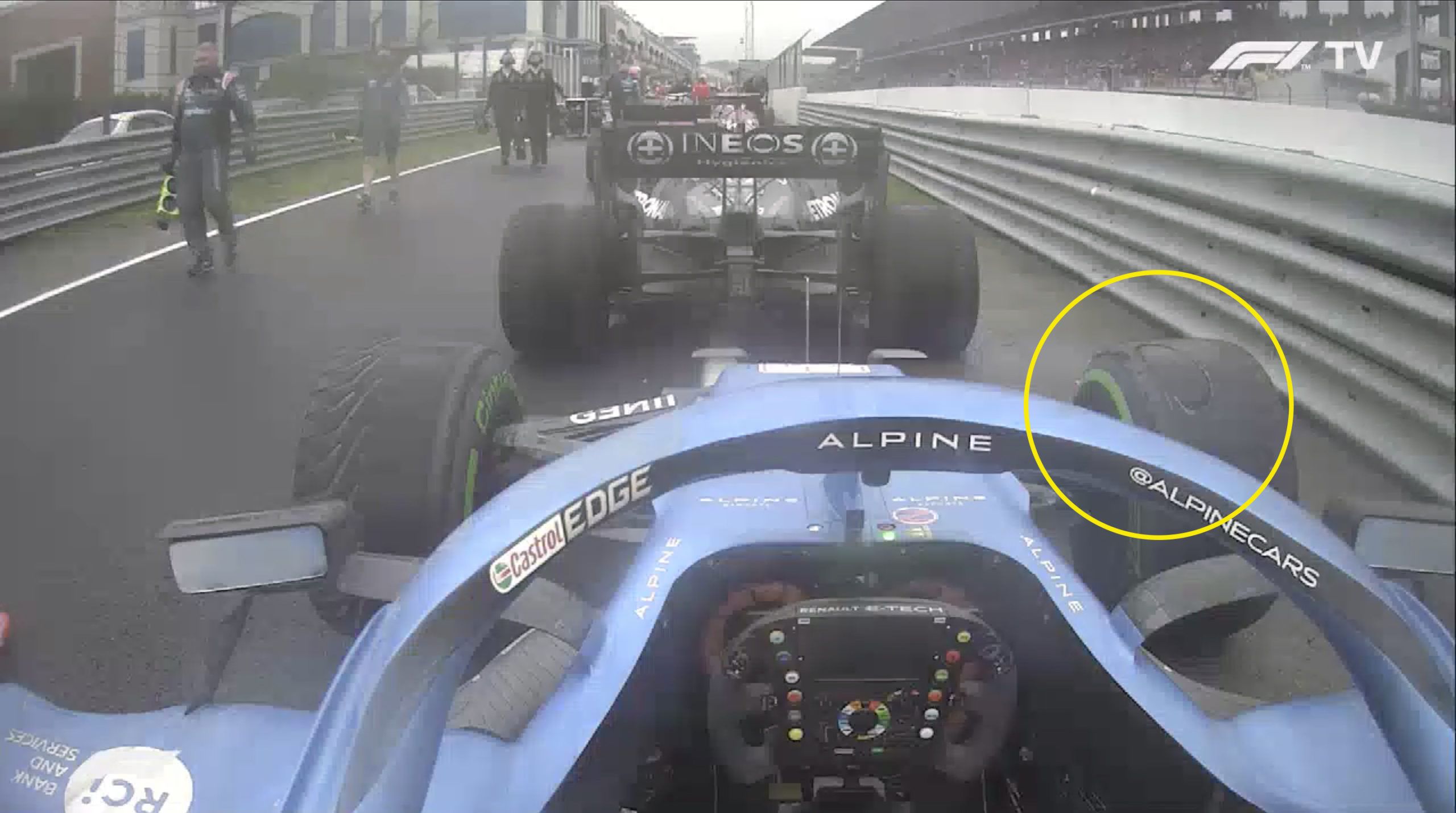 Esteban Ocon says he used the 2020 knowledge of the track to see-through a tough 2021 F1 Turkish GP without pitting and scoring a point.

It was a bold call from Ocon in the end, but one that earned him a point in F1 Turkish GP after completing the race on the tyres he started with. After a not so good qualifying, the Frenchman had a steady start outside the Top 10.

He passed Aston Martin’s Sebastian Vettel midway and gained on the mistake from AlphaTauri’s Yuki Tsunoda to make it in the points. At one stage he was near to the Top 5, but naturally dropped places when the pit stoppers came through.

However, he had a big gap behind him in the latter stages and with McLaren’s Daniel Ricciardo suffering, it made Ocon’s job easier until the last few laps, when Alfa Romeo’s Antonio Giovinazzi was right on his tail and had much better pace than Ocon.

The Frenchman was worried about his front-right which could be seen in a dire state after the race. It was a risk and reward situation and they stuck with it eventually. “Its been a good race, we made that joke that the guys were tired, so lets not give them a stop that time, but it didn’t happen like that,” started Ocon to written media.

“But yeah, when I was fighting with Seb, we were debating if we should stop or continue. At that time, I had a really good pace and the tyres were in good shape. I thought we should keep going, it was risk and reward and at the end it paid off. We got a small reward with a point. At the end we were wondering if the front tyre is going to last because they were quite damaged and we can see the rope from the outside of it.

“So, clearly, one more lap I would have had a puncture and two more laps I would have been overtaken by Giovinazzi, so it was a risky move but worth taking it. I was trying to avoid kerbs and not damaging the front-right tyre and I was about seven seconds slower than Giovinazzi,” summed up Ocon, who did lose huge amount in the last 2-3 laps.

Not just from Ocon’s view, it was certainly a puncture situation from Pirelli’s view too, who tried to convey to the teams during the race to not see-through the race on same set of tyres which is a risky move. But for Ocon and Alpine, it made sense to do it because they were to gain a point or two without pitting, considering the gap behind.

Also, last year’s knowledge helped in the decision making, when Ocon had to pit on Lap 1 after his contact. He did about 56 laps on the intermediate tyres too, but in a much different surface to this year’s which provide more grip, even in greasy conditions. This time he did 57 laps out of the 58, considering he ended up a lap down.

“It definitely made sense and I am happy that we made the decision,” said Ocon. “We muscled our way through it, and on not the best weekends we have had, it was good to score one point. It was not easy, especially when I let pass Valtteri because I was off the line and when I went on line, it was tough. The whole race, I thought, that’s [not stopping] what we should do.

“We had the knowledge from last year, obviously, the track changed from last year and it dried more but the conditions were pretty similar to last year. We made it stick last year on one set because I had the Lap 1 incident, so I did 57 laps or something, so this year, we thought lets do something similar,” summed up Ocon.