Home F1 Ocon, Ricciardo say Renault had pace but circuit made it difficult to... 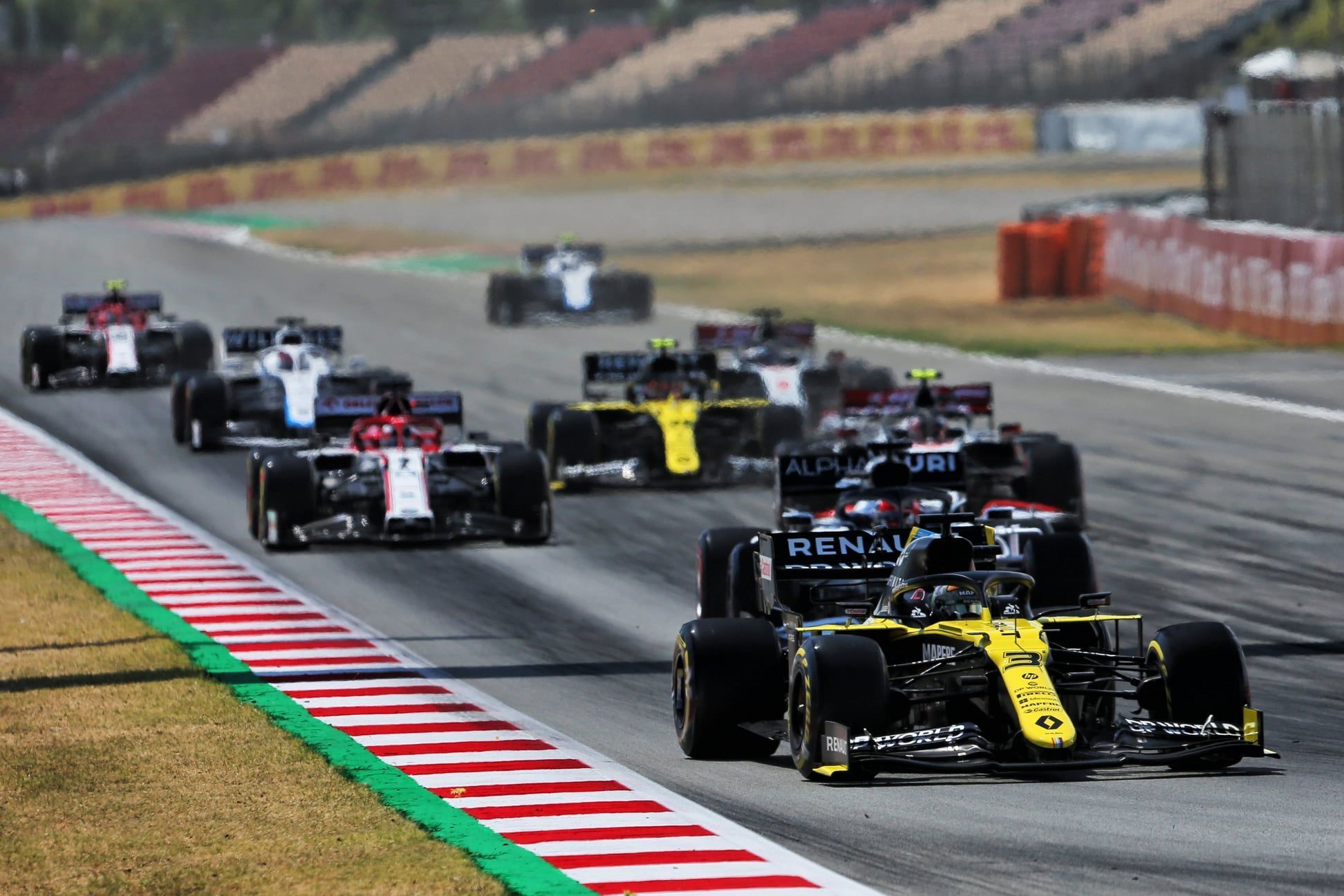 Esteban Ocon and Daniel Ricciardo hope F1 Spanish GP to be one-off as they feel pace was there but they couldn’t show, where the former also talks about his fight with Kimi Raikkonen.

Perhaps the most disappointing race of the 2020 F1 season this far for Renault was the Spanish GP, which saw both of the French squad’s drivers place outside of the points, as Ricciardo and Ocon ended up 11th and 13th respectively.

It was a result clearly unrepresentative of the form of the marque, who had performed previously – even during the Spanish GP weekend. Ocon – the lower-finishing of the pair – spoke of the disappointment had by the team over the result, as he stated that he hopes the poor showing was a fluke rather than something that will be recurring throughout the coming races.

“We’re disappointed as a team with the result, since the beginning of the weekend, we’ve lacked pace with our car,” said Ocon. “Obviously we were not helped by where we qualified, and to come back, normally we have a good pace in the race. We had a better pace in the race than we did in qualifying here, but it’s not enough to be able to make a comeback.

“It’s a very tough place to overtake, I did some overtakes for quite a few laps. But out of points, it’s not as enjoyable, one to analyse definitely, why we were not as competitive as we hoped. But I think we’re going to be a lot quicker in Spa hopefully, let’s have a good rest, a good analyse, and when we come back, hopefully we’ll be stronger,” Ocon said.

Perhaps emphasizing his struggles in this most recent Grand Prix, the Frenchman fought to get past Alfa Romeo Racing’s Kimi Raikkonen, who spent most of his laps racing in 2020 distantly trailing the mid-field in a car closer in performance to last year’s Williams than this year’s Mercedes.

He ultimately got past, but it took a risky move to do it as Ocon was forced to aggressively dive down the inside of turn one. The 23-year-old appreciated the battle with the senior F1 pro, but was confused as to why the fighting was so intense when all involved had an outside chance of scoring points regardless.

“He was very much not wanting to give me the place, which I understand,” said Ocon. “To fight that hard for those positions, it’s a bit crazy. Not calling the move crazy, it was always in respect, obviously I had to put some wheels off the track to pass him, everything was fine in the end. The first move, when I was on the outside, I thought I was going to have him, but he resisted a bit on the outside, my second go, managed to pass him. Those good fights are better once you’re in the points.”

Ricciardo, meanwhile, was understandably happy to relegate Spain to his past, as he looked forward to Spa, where overtaking opportunities are plentiful. “Having raced around here a few times, it’s one of those ones where I can see I’m catching the top 10, I can see that the battle for points is right in front of me so I know I’m closing, but deep down I know they need to make a mistake [for me] to pass.

“Even if you have a few more tenths a lap, passing is so tricky around here, and once you get close, you hurt the tyres. Obviously I pushed till the end and tried to stay optimistic something could happen. I think everyone knows this track so well and it is hard to pass once you get in that DRS train. We tried, we made a one-stop work, we got close but it’s always a bit of a shame when you come close to it and it’s not close enough,” summed up Ricciardo.