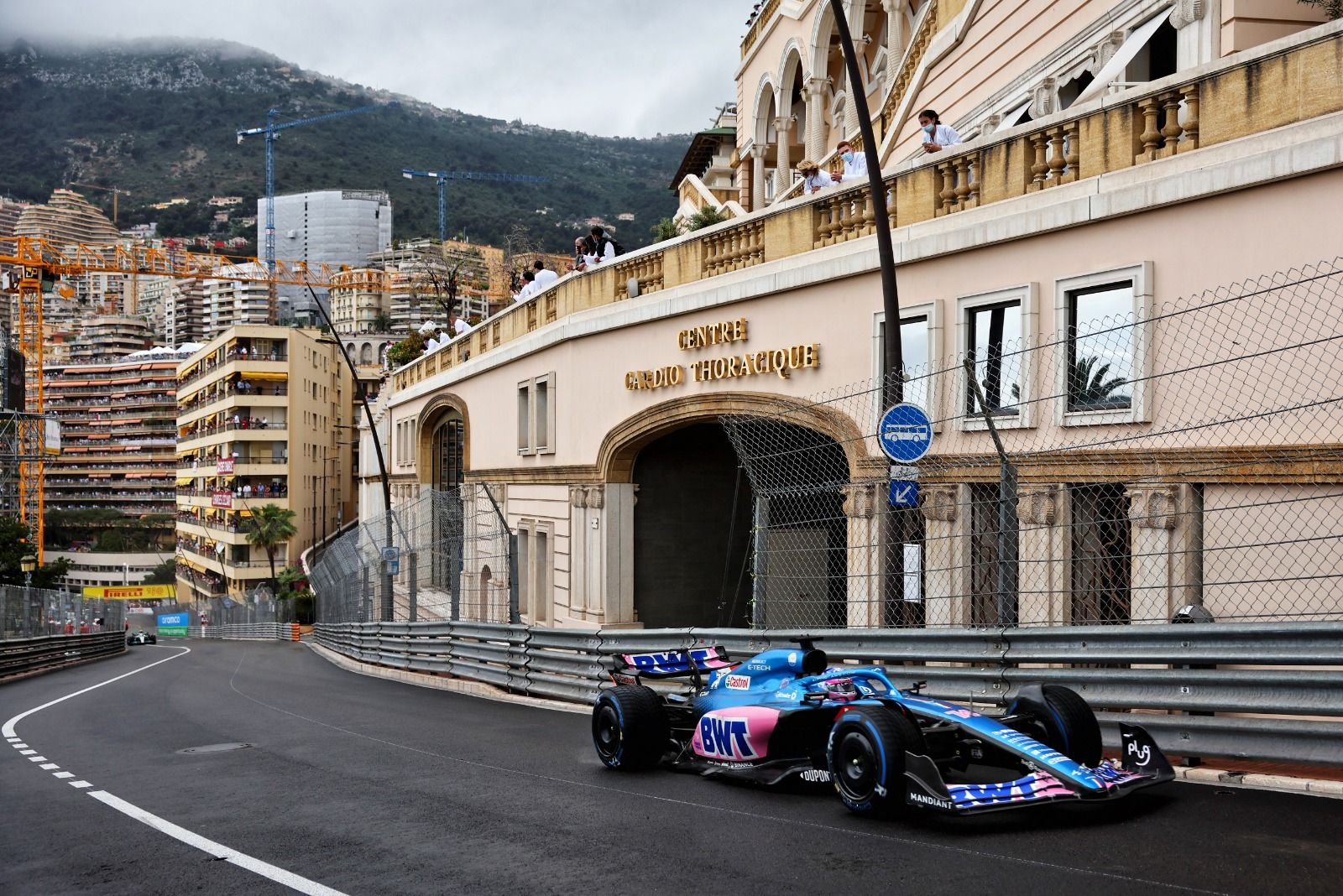 Esteban Ocon was left frustrated by the stewards call in F1 Monaco GP, as Fernando Alonso talks about the strategy to conserve tyres.

For the Alpine team, what might be deemed a sort of “home” Grand Prix in Monaco, it was a weekend where they achieved a decent result for Alonso in seventh, but teammate Ocon ended up 12th after an incident with Lewis Hamilton which resulted in a 5 second penalty.

He finished ninth but dropped outside of the Top 10. It was a bit of a disappointment after both drivers made it to Q3. Talking about the race, it appeared Ocon squeezed Hamilton to the barrier at Ste Devote on Lap 17 when the Brit was chasing him.

Even from Ocon’s rear view camera, it looked slightly harsh but a lap later at the same corner, Ocon appeared to cut across Hamilton. They were the two incidents involving the two at Turn 1 itself and the penalty left him frustrated.

“A lot of things happened,” said Ocon to media. “Not the Sunday we would have hoped for, until the last 10 laps because of the penalty otherwise we did everything that we needed. The car was working well. We were quick in this race. There’s nothing to say apart from obviously that penalty which ruined it completely”.

“So, I’m very frustrated because the opinion of everyone obviously is another one compared to what we got and looking at the images and going to see the stewards as well. They said that if it was last year, it would have been a racing incident. So this year it is not a racing incident,” summed up Ocon.

Twelve months on different rules, but Ocon appeared perhaps to have not been listening at the GPDA meeting possibly where such matters are discussed. But nonetheless a frustrated Frenchman who lost out on two points eventually.

“Apparently we all agree that, in the GPDA, that as soon as there is a front wing next to a tyre there should be space,” said Ocon. “But I don’t remember when this has been agreed. Just not thinking about any ruling or anything. I was just covering the inside – the inside line is wet. Lewis is on faster tyres obviously”.

“And any overtakes that has been made in Monaco there was contact, you count at least one in the last couple years that there’s been no contact or leave track or anything. So we tried hard. We raced hard, obviously there was a bit of contact, but that should be a racing incident. And yeah, it’s a bit frustrating,” summed up Ocon.

Meanwhile, teammate Alonso grabbed his best result of the season with a spirited drive to seventh and six points to go with it. Following the red flag and subsequent restart, Alonso drove slowly, smartly and cleverly to conserve his tyres and this frustrated those behind; particularly Hamilton.

After the race Alonso advised he needed a slower pace for reasons of tyre conservation. “I think we didn’t have the tyres or the tyre life to finish the race when it was 33 laps remaining,” he said. It’s a sprint race, we had two choices: refit the hard tyres from the beginning of the race, or put the medium tyre. We put the medium tyre, but our life estimation was shorter than 33.

“So we didn’t know if we could finish the race, so I managed a lot the tyres for 15 laps, and then I pushed for the remaining 15 when they told me that Esteban had the penalty.” When advised that his pace and style frustrated Hamilton, Alonso was fairly blunt with his reply stating, ‘not my problem’.

He added that it was “extremely easy” to keep the Mercedes behind due to the difficulty in overtaking around the Monaco track. Initially, the commentators thought Alonso was backing up to help Ocon, but it was clear that he was conserving tyres for his race. By the time he pushed on, Valtteri Bottas was still close enough in the 5s range.