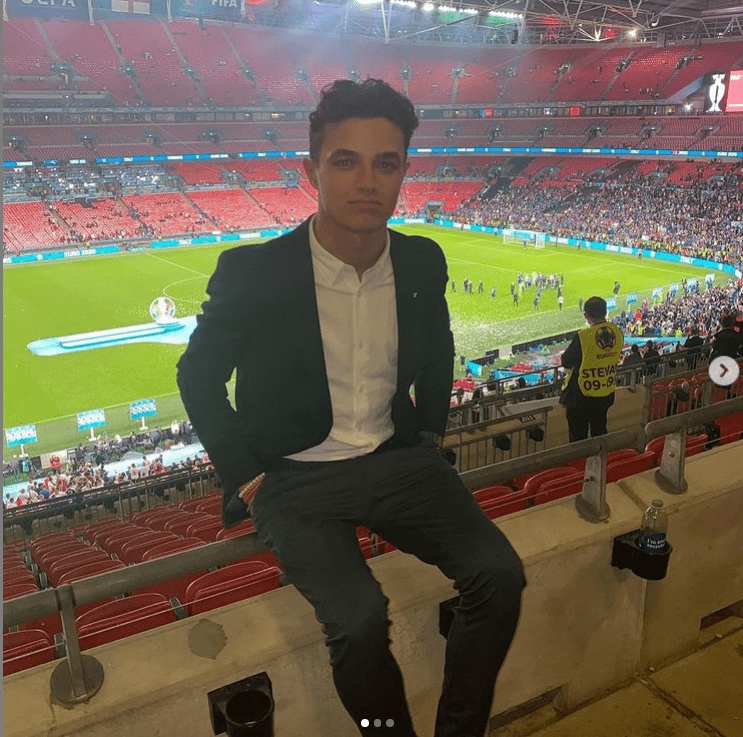 McLaren Racing has informed that Lando Norris is shaken after he was caught out in an incident at Wembley after the UEFA Euros 2021 finale.

McLaren F1 driver Norris was at Wembley on Sunday night to watch the UEFA Euros 2021 finale between England and Italy, which the latter won on penalties. The Brit had former Renault academy driver and Team Quadrant’s member, Max Fewtrell, along too.

Both Norris and Fewtrell posted photos after the match from the area they were seated. Post that, it has been a horror 24 hours for them after they were mugged by robbers when leaving the stadium to go back home. The Brit was reportedly in his McLaren GT Supercar.

As per the same reports, Norris was stopped by robbers, where he was held up by one, when the other took away his Richard Mille hand-watch. McLaren has confirmed about an incident after the game, where they shared he was unharmed, but had his watch stolen with police on the case.

The team notes that Norris is shaken, but is preparing for the F1 British GP this weekend.  “McLaren Racing can confirm that Lando Norris was involved in an incident, after the Euro 2020 final match at Wembley, during which the watch he was wearing was taken,” said a team statement.

“Thankfully, Lando was unharmed but he is understandably shaken. The team is supporting Lando and we are sure that racing fans will join us in wishing him all the best for the British Grand Prix this weekend. As this is now a police matter we cannot comment further.”

The security at Wembley was nightmare pre and post the Euros 2021 finale, where ticketless fans thronged to the gates and entered the stadium. Several cases of injuries were reported, with many getting beaten in the melee that ensued.

With the loss of England, racial abuses has been rampant, where Mercedes’ Lewis Hamilton had to post a lengthy message in support of the English team. Even teams like Mercedes and Aston Martin have concurred with the message posted by FA over racial abuse.

“So much was running through my mind as a watched the final moments of the match last night,” wrote Hamilton. “On one hand I was so proud of how far we have come …to be in the final and with such a diverse team is a huge achievement we should all be proud of but as the players stepped up to take the penalties I was worried.

“The pressure to deliver is felt by every sportsperson but when you are a minority representing your country this is a layered experience. Success would feel like a double victory, but a miss feels like a two-fold failure when its compounded with racist abuse. I so badly wanted that win like all of you but for me it was for much more than winning the euros, it was a much bigger picture.

“However, the disgusting behaviour by the few, shows how much work that still needs to be done. I hope that this opens a conversation around acceptance. We must work towards a society that doesn’t require Black players to prove their value or place in society only through victory. Ultimately everyone on the England team should be so proud of their achievement and how they represented us.”

UPDATE: Following the statement from McLaren, Norris took to social media to thank for the messages and note about being ready for this weekend’s F1 British GP. 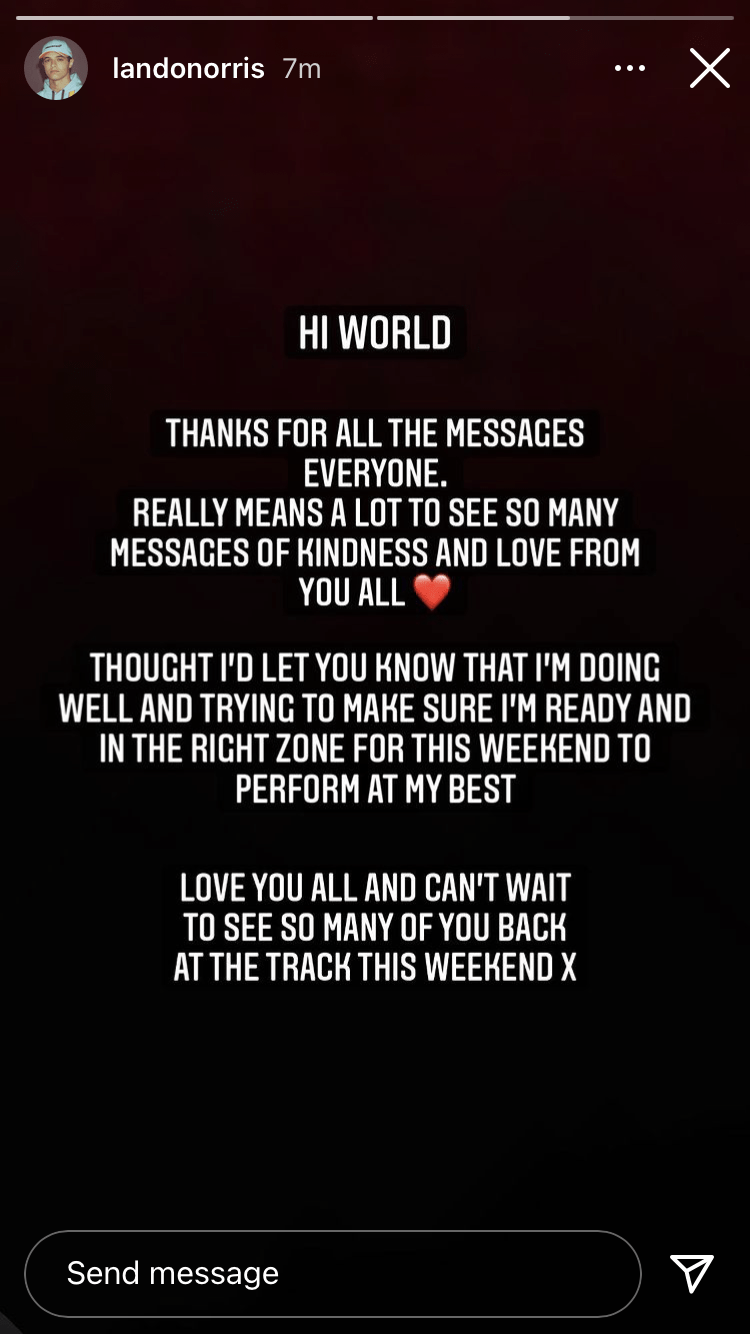 Here’s McLaren on not deliberately downplaying its pace