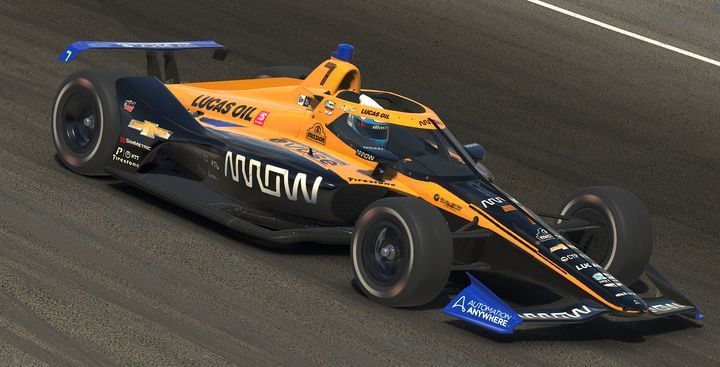 F1 driver Lando Norris is all set to make his iRacing IndyCar Challenge debut this weekend at Circuit of the Americas with Arrow McLaren SP.

The iRacing IndyCar Challenge has seen a revolving door of NASCAR stars, starting with Jimmie Johnson, who was followed by Dale Earnhardt Jr, and last weekend saw Kyle Busch make his debut in the ESports championship amid the COVID-19 pandemic.

However, drivers from series’ other than NASCAR and IndyCar have not been terribly well represented in the virtual races. Team Penske’s Will Power will compete on Wednesday in the Supercars championship, while Scott McLaughlin racers in America.

The upcoming race at Circuit of the Americas (COTA) – also the host of F1 US GP – though, will see Norris make his virtual IndyCar debut, as per several tweets from the championship, Arrow McLaren SP, Patricio O’Ward and the British racer himself.

In a series of tweets, kick-started by O’Ward, the Mexican noted, ‘Yooo!! Arrow McLaren SP, do you think we can find a ride for Lando Norris this week COTA?’, to which the team responded with requesting IndyCar to do something about it.

IndyCar answered the call readily and tweeted out to Norris, informing him that he has been invited already on iRacing, which the British F1 racer acknowledged and eventually made it clear that he will be part of the test on Tuesday.

The full line-up of drivers, though, is yet to be released by IndyCar but it is to feature Norris to make it official – it will be the first for a current F1 star to be racing in the virtual series. Norris is no rookie to iRacing as he already compete there with Max Verstappen.

The McLaren driver will be the second F1 driver to race in the iRacing IndyCar Challenge, though, with the first being Scott Speed – a driver who only participated in the very first round at the virtual Watkins Glen circuit.

Update: IndyCar has since released a 34-car entry list for the race, which confirms Norris, but also adds Indy Lights champion Spencer Pigot, who is without an official team, as well as Supercars driver Chaz Mostert who will be joining Andretti for the virtual race.