Home More Series Formula Renault 2.0 Eurocup Norris makes it to the victory in a tricky race 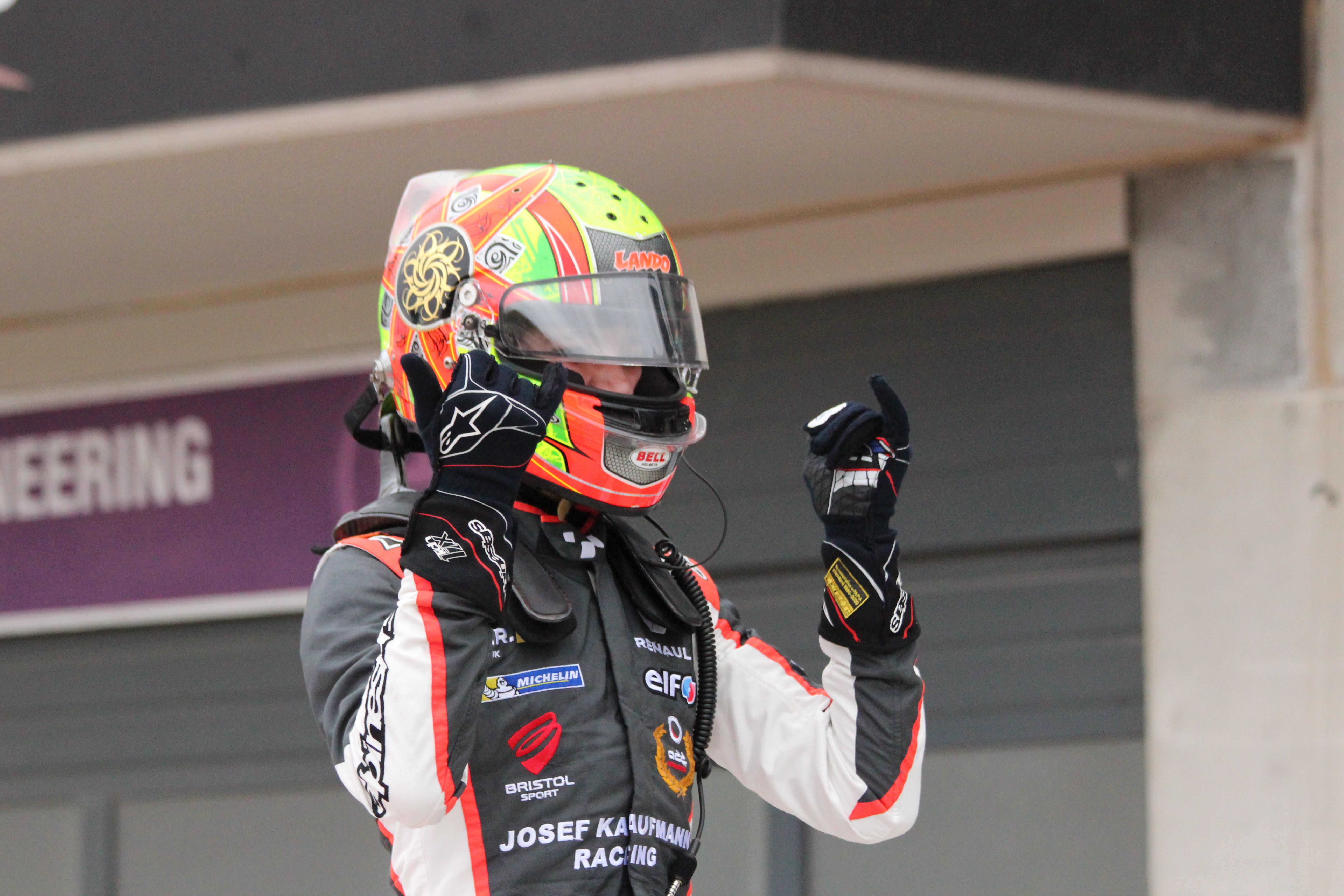 MOTORLAND ARAGÓN – Lando Norris got to the highest of podium in second race of Eurocup Formula Renault 2.0, along with Boccolacci and Scott. Due to the rain, Defourny could not maintain leadership and finished fourth.

Uncertainity was into everyone present in Motorland Aragón this afternoon when alarms were sounding about possible wet race. Teams brought rain tires and changed configs and mappings. This made good to Lando Norris (Josef Kaufmann Racing), who took first position to poleman Max Defourny (R-ACE GP ART Junior Team) to win second race of weekend.

First drops fell in warm up lap. Despite the runs, no one started with wet tires although most changed configs. Isaakyan (AVF) could not run the car and would start from the pitlane.

At the start Defourny lost first place to Norris, who since the start went away and did not let anyone get him. Troitskiy (Fortec Motorsports) lost many places while his teammate Bruno Baptista won two.

Romanov‘s Fortec was then into the scene when while overtaking his teammate Troitskiy ended causing a collision that left the Safety Car out for two laps. Rain was getting heavy and teams would prepare rain tires for an eventual pitstop that would not take place.

The restart of the competition gave then an opportunity to Defourny to overtake Norris, but was unable to. It was then when trying the overtake left the track at the straight end and Boccolacci and Scoot (AVF) took second and third position. Outings were then general as rain was getting heavier. Baptista lost everything he won at the start; rain is not his best skill.

Rain stopped when two laps were to go, but there would still happen a last-turn accident. Fenestraz (Tech 1 Racing) saw how while Isaakyan was trying to defend from him fled away upside down, although he would not suffer any injury. Fenestraz could make it to the finish line with broken suspension and front wing, but yet in front of 5 drivers.