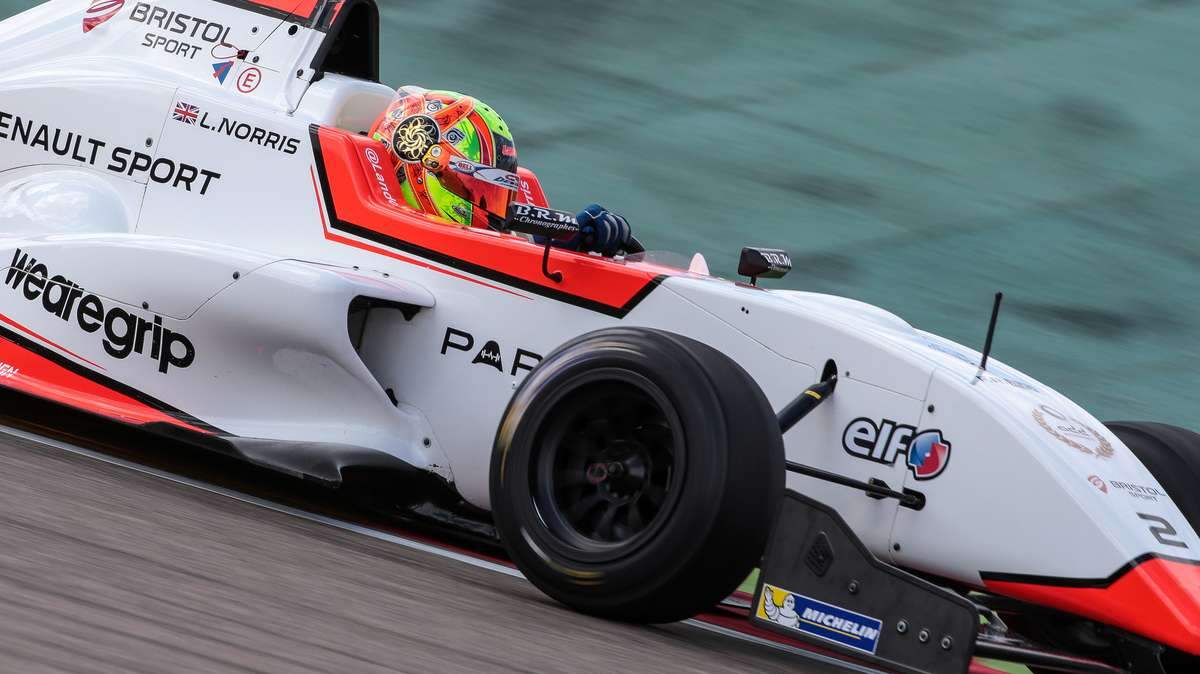 Leader in the general classification, Lando Norris (Josef Kaufmann Racing) set best time in the Eurocup Formula Renault 2.0 collective tests at Circuit Paul Ricard. On the return of the category to the French circuit, the British dirver set the reference time of the day at 2:04.115, ahead of Max Defourny (R-ace GP) and Jehan Daruvala (Josef Kaufmann Racing). In the morning session, the rookie led the way from countrymen Harrison Scott (AVF by Adrián Vallés) and Will Palmer (R-ace GP).

This Friday, the Eurocup Formula Renault 2.0 drivers had two 50-minute sessions to relearn Circuit Paul Ricard ahead of tomorrow’s qualifying.

British sweep in the morning

Seven minutes from the close of the session, Harrison Scott began the final sprint, but Lando Norris retook P1 with a time of 2:05.326. Will Palmer was third, followed by Ferdinand Habsburg and Sacha Fenestraz.

In heatwave conditions, the debut of session two was stiffly fought until Lando Norris took over. In the final ten minutes, James Allen (JD Motorsport) went to the top of the time sheet, but Lando Norris answered back with three successive improved times.

“Although I was fastest in both sessions, I didn’t quite maximize the potential of the tyres on my last run. This leaves a little bit of room to improve in qualifying tomorrow morning. After this rise in temperature following a nice break, we will focus on race pace. This cost us a few points at the preceding meetings, but I was comfortable in the car today. Let’s see how it goes tomorrow!”

“Despite a couple of problems in the first session, we came back to take seventh place this afternoon. I’m pleased, although I could have done better on some laps on new tyres. Following my first podium in Formula Renault 2.0 at Spa this summer, I would love to do even better and I am full of confidence. We are close thanks to the team’s experience. To return with JD Motorsports this year was clearly the right choice.”

“For this final stretch of the season, I’d love to move into the top six. It is achievable, but I know it will be hard. The morning was good with third best time, but things didn’t go the way we would have liked them to in the afternoon. We had to settle for 10th place, but, nevertheless, the potential is there for tomorrow. The heat will definitely play a role this weekend, especially when it come to the tyres. We will focus our attention on this overnight.”