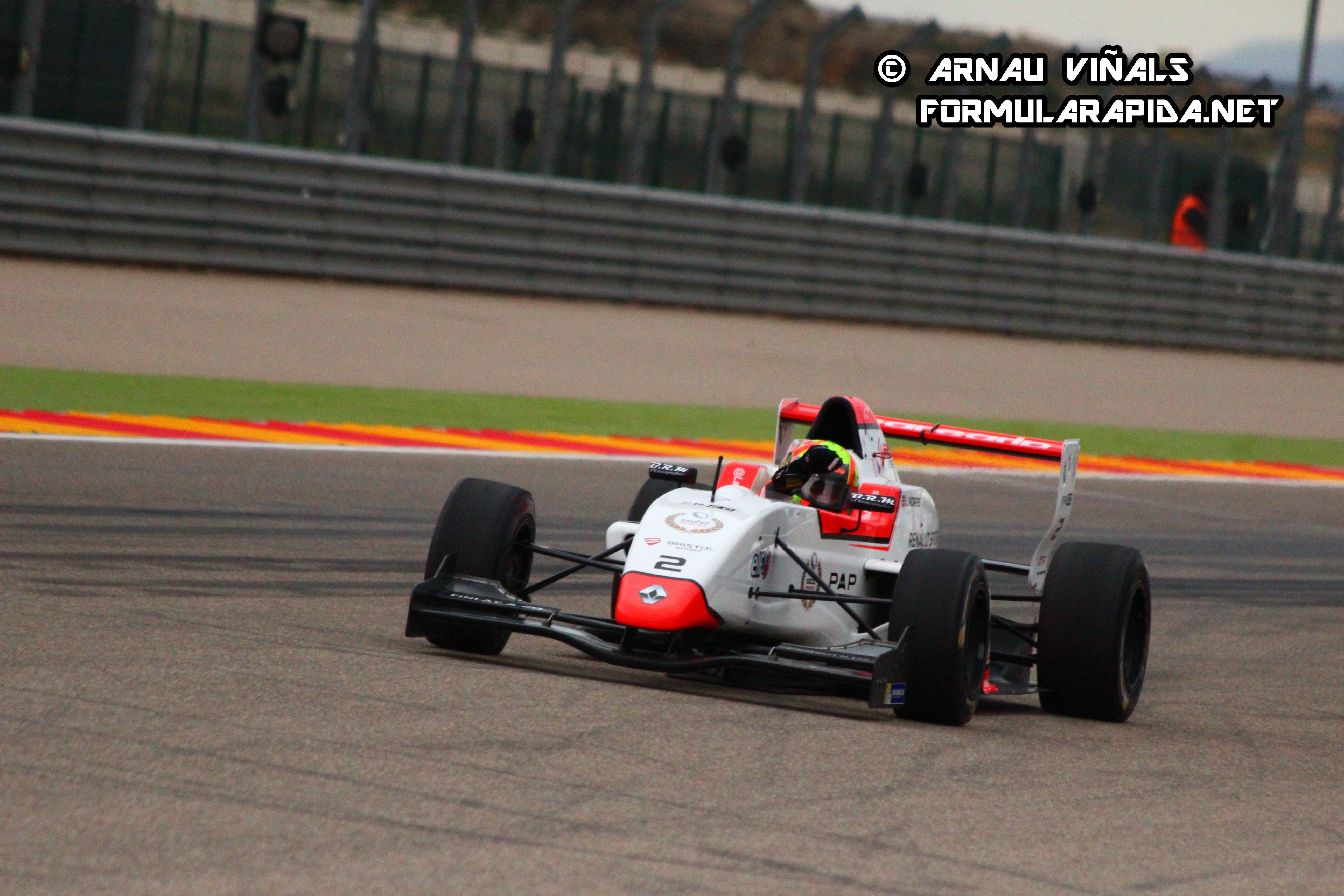 MOTORLAND ARAGÓN – Lando Norris has again set the fastest time of his group, making sure today the first position on the grid. Behind Defourny is also the fastest of his group. The second row is for Scott and Boccolacci.

Drivers dominating yesterday’s qualifying made the same with today. Lando Norris (Josef Kaufmann Racing) will now start from the first position grid after setting a 1:55.3, and Max Defourny (R-ACE ART Junior Team) will occupy the second position having scored the fastest time in group A.

The Belgian’s group was initially dominated by Boccolacci (Tech 1 Racing), while Defourny was entertained with Daruvala (Josef Kaufmann Racing). With the permission of Baptista (Fortec Motorsports) and Shwartzman (Josef Kaufmann Racing), Defourny jumped to the top position improving by a tenth Boccolacci‘s, who blocked many times brakes in back straight, thus assuring the French first position ahead.

Regarding the group B, the first out was Alexey Korneev (SRL JD Motorsport), who scored good times and has remained close to the leadership, dominated by Norris, Scott (AVF) and Aubry (Tech 1 Racing). It was the British who has taken second place a tenth and a half away from Norris, who is into a secure pole marking a time two tenths faster than Defourny in group A.

Moreover, Perullo (Technorace) has not solved the problems with the crash yesterday (but so did Tech 1 Racing with De Sadeleer‘s car) and has not taken part in this session morning, assuming his no participation in the race.

The race will take off this morning at 1 pm local time with the still provisional grid: