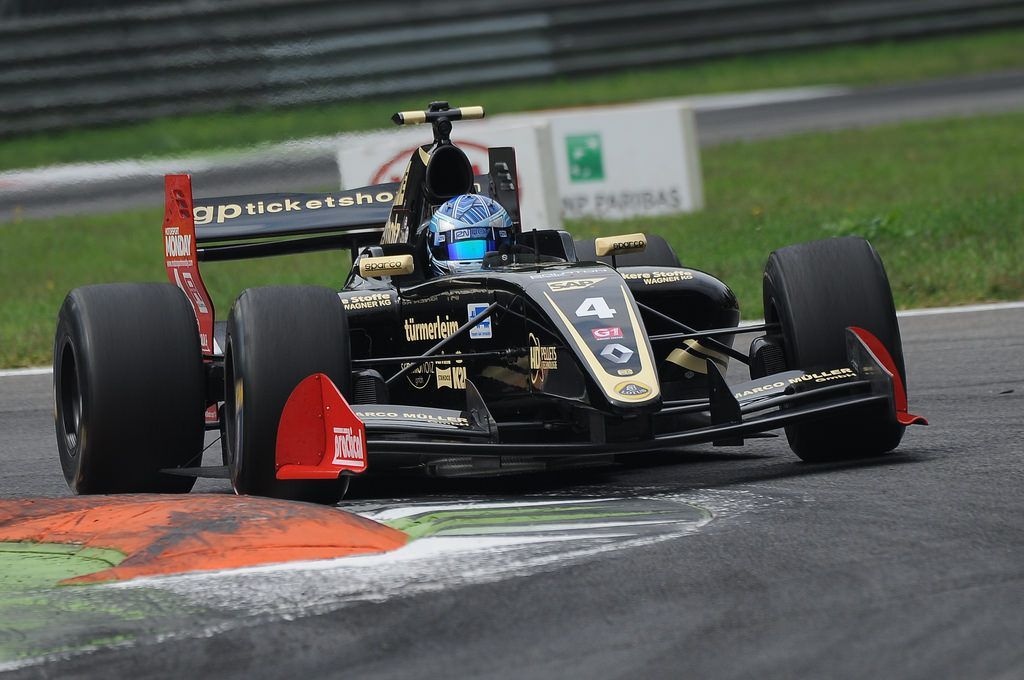 Roy Nissany (Lotus) won the first race in the “temple of speed” with an overwhelming advantage over Louis Delétraz (Fortec Motorsports) and Matthieu Vaxivière (SMP Racing), who have completed the second and third step of the podium.

The formation lap is on the way at 14:15 pm local time. We could see how all the cars wings are practically flat, to suit the peculiarities of the “magic track”. All cars completed the first round of training without any problem and were positioned in their checkouts. traffic lights go off and start the race, the thirteenth of the season.

Nissany skid a lot in the first few meters, that allows Fittipaldi (Fortec Motorsports) takes the lead, but not for long, because an error when searching the reference braking in the first variant makes the chicane skip and lose some positions. Some corners later, Egor Orudzhev (Arden Motorsport) makes tour of the outside gravel in second Lesmo. On the top of the pack in this first lap remained Roy Nissany, followed by Vaxivière and Delétraz.

At the beginning of the second lap, Giuseppe Cipriani (Durango Racing Team) spun in the first chicane. At this point of the race a great battle was opened between Matthieu Vaxivière and Louis Delétraz for the second position, with a clear opportunity in the second Variante during the third lap of the race, until he finally manages to overtake him in lap five. Previously on lap five too, we witnessed as Beitske Visser (Teo Martin Motorsport) skipped the first chicane and she was overtook by Will Buller (RP Motorsport) on the outside of the Curva Grande.

In the absence thirty minutes left Roy Nissany was still leading by a wide margin on the group Delétraz, Vaxivière and Panis, who were fighting for the second position. Precisely in this battle, Aurélien Panis (Arden Motorsport) lost braking reference in the Variante della Roggia to go very attached to the car in front, which distanced him from the lead group; This caused him to get into a fierce battle for fourth place between him and René Binder (Lotus) failing fifteen minutes left, which ended with the overtake of the French driver into the Austrian of Lotus.

In the absence of a return of the final, Beitske spins at the exit of the Variante Ascari that leaves out of the race. End of race as Nissany is passing under the checkered flag, third victory for the Israeli Lotus driver. Louis Delétraz and Matthieu Vaxivière joined him on the podium. With this result, the French driver of AVF team Tom Dillmann, after a modest result in this race, continues leading the championship with twenty two points ahead of Louis Delétraz with five races remaining of the season.