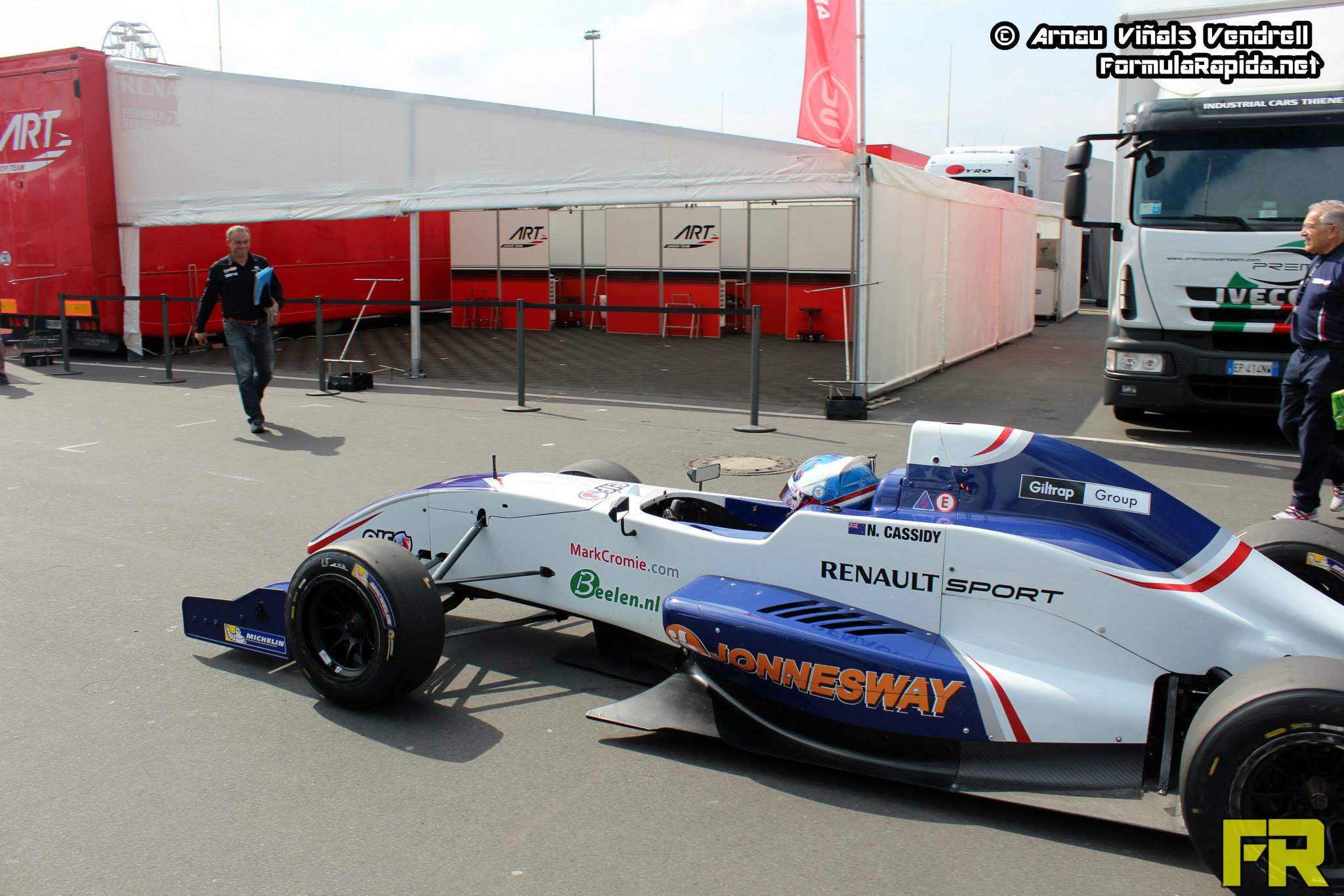 While Richard Goddard und Alex Toril contested the FIA Formula 3 European Championship season to date, for ThreeBond with T-Sport, the pairing will be teamed up with a third driver, for the two final meetings of the season. At Imola and Hockenheim, New Zealand’s Nick Cassidy also will represent the ThreeBond with T-Sport colours. The 20-year old already made some FIA Formula 3 European championship guest appearances last year and succeeded in demonstrating his talent, in these races.

Nick Cassidy mainly made a name of himself by winning the 2013 and 2014 Toyota Racing Series titles at home in New Zealand. This young-gun series regularly is contested by young talents from all over the world, in the off-season. In 2014, Cassidy switched to the Formula Renault 2.0 Eurocup and now he wants to use the final two FIA Formula 3 European Championship race weekends for preparing for the things to come in 2015.

“I’m truly delighted with having been offered this chance by ThreeBond with T-Sport,” says Cassidy. “I contested two FIA Formula 3 European Championship weekends last year and know that the level of competitiveness is extremely high. Therefore, I’m fully aware of the fact that I will have to work hard for achieving good results. And that’s exactly what I’m planning to do. In cooperation with my team, ThreeBond with T-Sport, I want to deliver in fine style.”

Team Principal Russell Eacott also is looking forward to the cooperation with his new driver: “We have been observing him for quite a while and also have been talking to one another for some time. It’s great that we found a way to sign a deal for Imola and Hockenheim, now, and it certainly will be interesting to see how he will cope with the challenge. And I hope that his appearances in these two race meetings will help him finding the budget for the full 2015 season.”

Nick Cassidy will complete his first laps for ThreeBond with T-Sport during the official FIA Formula 3 European Championship tests held at Imola from 07th to 08th October.