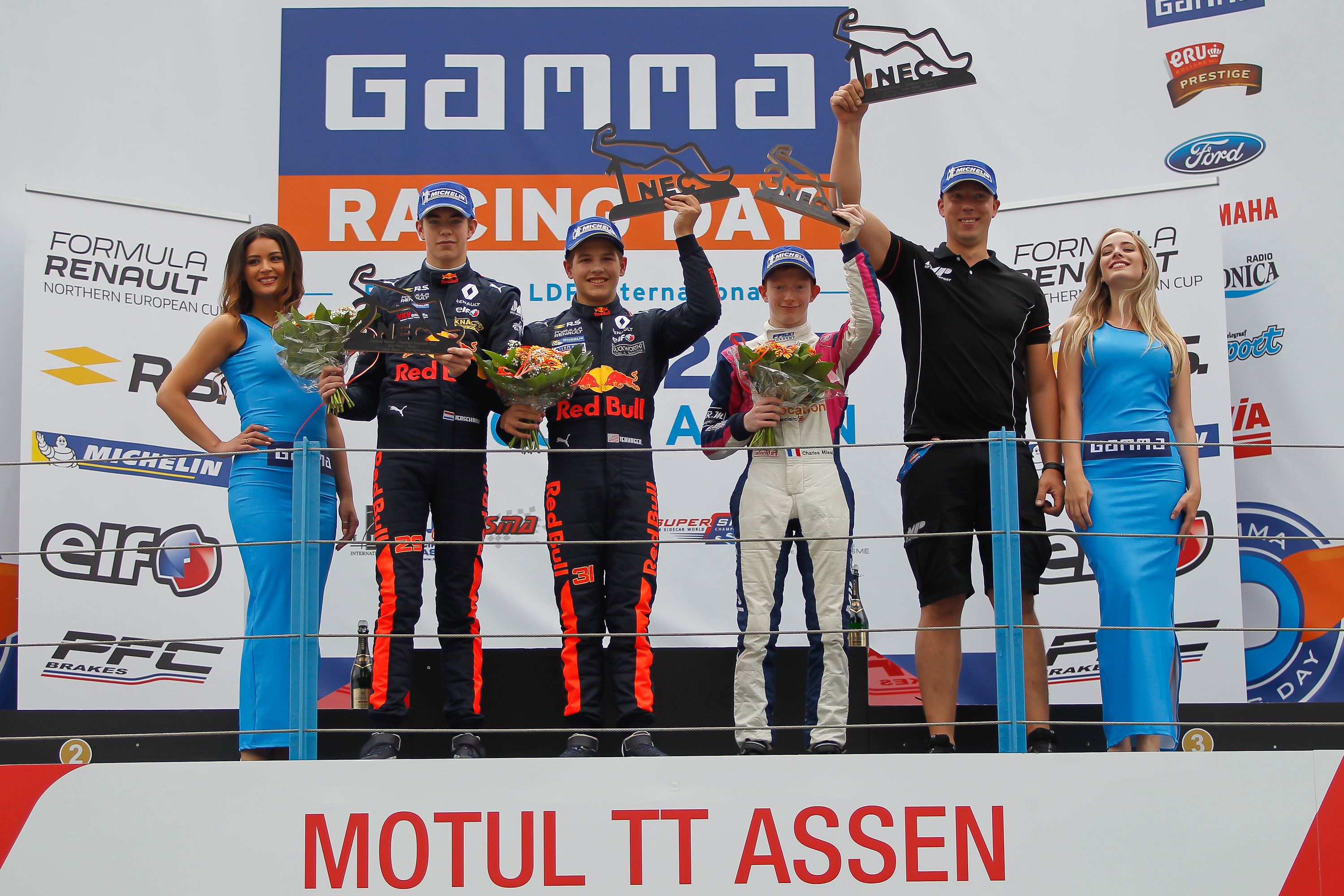 American driver, Neil Verhagen has taken his first victory in Formula Renault during Race 1 of the second round of Formula Renault NEC at Assen, Netherlands. Verhagen lead a one-two for MP Motorsport and Red Bull Junior Team with Verschoor in third place.

Despite Gilles Magnus (R-ace GP) was starting from pole position, he finished the race in 7th position, just in front of team-mate Théo Coicaud.

Today was finally the day for the Red Bull Junior drivers that are in MP Motorsport. Neil Verhagen who has been quite irregular this season in Eurocup, took his maiden victory in the series.

He crossed the line just in front the podium finishers, Richard Verschoor (MP Motorsport) and Charles Milesi (R-ace GP). The gap between the first and the third classified was only 1.8 seconds.