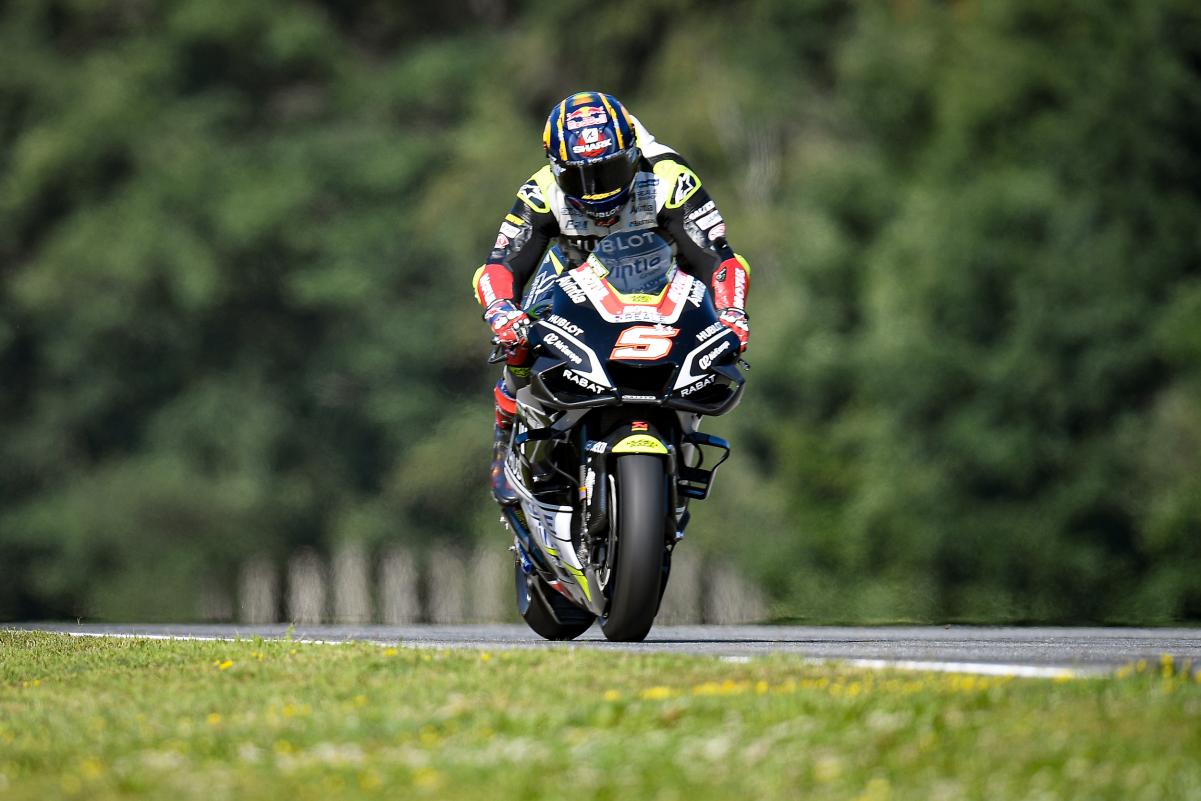 The first part in the MotoGP Czech GP qualifying had KTM’s Brad Binder leading after their first run with a 1m56.291s at Brno from Pramac Racing Ducati’s Jack Miller (1m56.352s) with LCR Honda’s Takaaki Nakagami and Suzuki’s Alex Rins just behind.

The start for Aprilia’s Bradley Smith wasn’t that great as he crashed out with Ducati’s Andrea Dovizioso reeling at the fag end of the standings. The second run changed the course as Rins topped with a 1m56.230s to get through to Q2.

He had Nakagami with him with a 1m56.290s which was just 0.001s quicker than Binder, who failed to improve on his time but it was short-lived as the Japanese rider’s lap was deleted due to track limits at Turn 12 which helped the KTM rider into Q2.

Tech 3 KTM’s Miguel Oliveira missed a Top 12 spot to be 13th with Miller only managing 14th from Avintia Ducati’s Tito Rabat and Tech 3 KTM’s Iker Lecuona as Nakagami ended up 17th from Dovizioso and Smith, who managed to get out on the second bike.

Like Ducati, it was not that happy times for Honda, as they locked the last row with Stefan Bradl in 20th and Alex Marquez 21st with Pramac’s Francesco Bagnaia missing the MotoGP round due to his knee surgery after falling in FP1.

The second part in MotoGP Czech GP qualifying had Petronas SRT’s Fabio Quartararo lead the way after the first run with a 1m55.990s lap as Aprilia’s Aleix Espargaro surprised everyone to be second, only 0.084s behind the Frenchman.

It was tactical run from Espargaro as he used the tow from Quartararo to full effect to gain time with his brother Pol Espargaro in the KTM in third ahead of Yamaha’s Maverick Vinales. Rins, meanwhile, ran separately and ended up sixth.

The second run pretty much changed the whole course as Avintia’s Johann Zarco went quickest with a 1m55.687s on a one-year old Ducati and surprised everyone with a MotoGP pole in Czech GP from Quartararo, who crashed on his final quick lap.

It was a France 1-2 in the end as Franco Morbidelli ended up third from Aprilia’s Espargaro and Yamaha’s Vinales, who had issues with his bike. KTM’s Espargaro dropped to sixth after he set his fastest lap under the yellows for LCR Honda’s Cal Crutchlow’s crash.