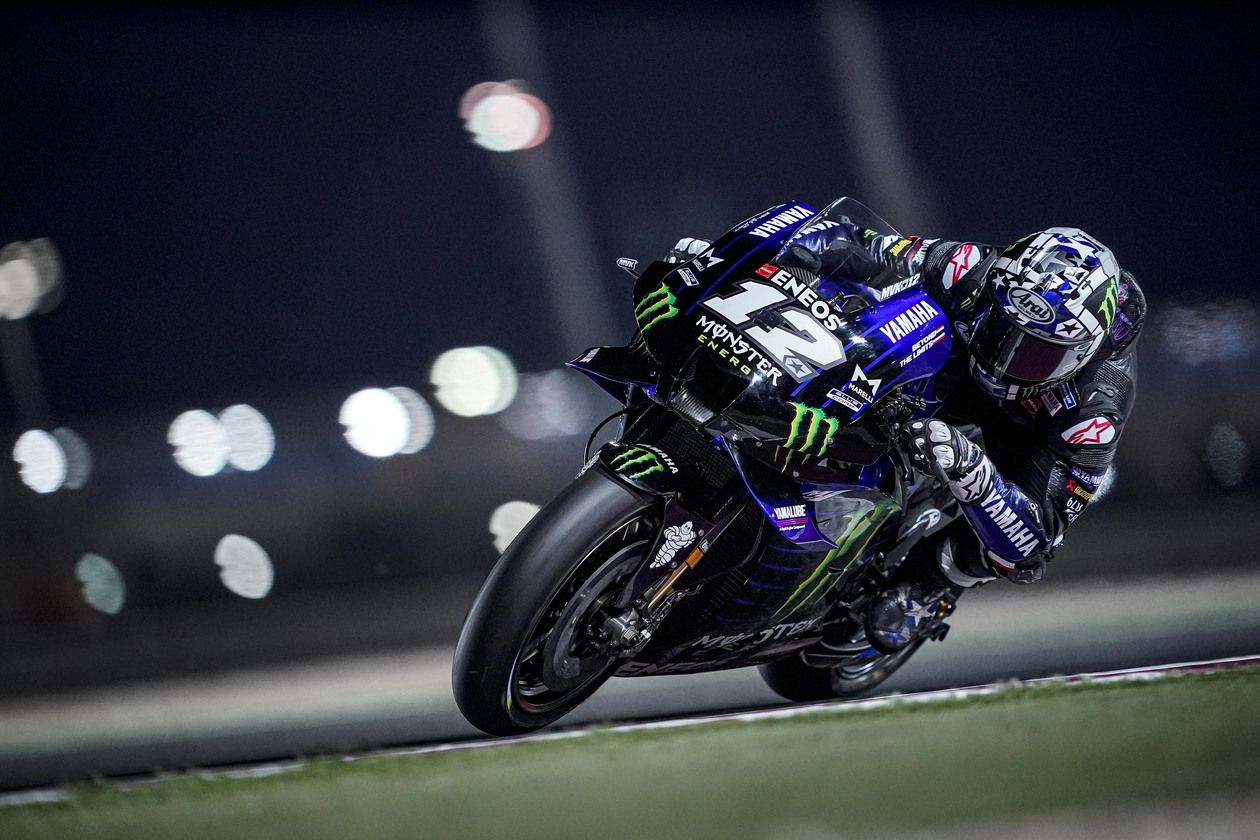 Yamaha’s Maverick Vinales put in a late lap to top on Day 4 of Qatar MotoGP test as LCR Honda’s Alex Marquez has a fracture after fall.

It looked like Ducati’s Francesco Bagnaia would end Day 4 on top but MotoGP is no less with late push as Yamaha trio took a 1-2-3 finish eventually, with Vinales (1m53.244s) leading Franco Morbidelli (Petronas SRT) and Fabio Quartararo.

Vinales and Morbidelli were separated by just the 0.079s margin as it pushed Bagnaia to fourth in the penultimate day of Qatar MotoGP test at Losail circuit. Aprilia’s Aleix Espargaro continued his shining 2021 pre-season testing in fifth.

Espargaro had a crash at Turn 1 early in the day but it didn’t deter him from running further. Day 3 pace-setter Ducati’s Jack Miller was 11th from LCR Honda’s Takaaki Nakagami, as Stefan Bradl returned abode his Honda to be 13th.

The German missed the afternoon session on Day 3 after a fall but managed to run on Day 4. He led MotoGP rookie duo with Pramac Ducati’s Jorge Martin in 14th from Avintia Ducati’s Enea Bastianini – the latter continuing with his good run so far.

The lead KTM of Brad Binder slotted in 16th from LCR Honda’s Marquez, who had his fifth crash of the MotoGP test. This time it resulted in a small fracture to the fourth metacarpal bone in his right foot, as he was taken to hospital as a precautionary measure.

On-track, Tech 3 KTM’s Iker Lecuona gave him a lift into the pits. He finished 22nd himself with teammate Danilo Petrucci in 19th behind KTM’s Miguel Oliveira. The Top 20 was rounded out by Avintia Sky VR46’s Luca Marini abode his Ducati.

Here’s the full timing from MotoGP:

Here’s how Day 3 of MotoGP Qatar test panned out