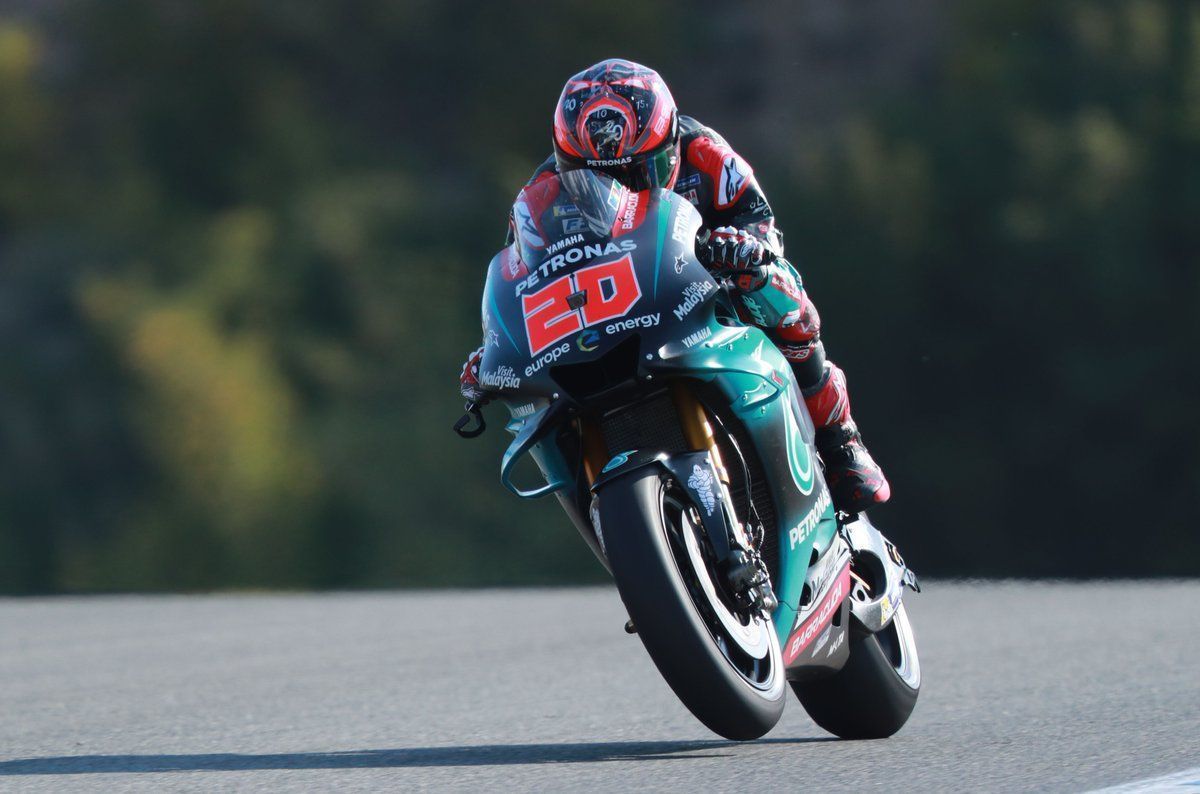 Petronas Yamaha SRT ended in a 1-2 formation as Fabio Quartararo led Franco Morbidelli after he scored his first MotoGP pole in Spanish GP at Jerez.

A difficult practice session put both the Yamaha riders in the first part of the qualifying for Spanish GP at Jerez with the satellite Petronas Yamaha SRT riders through to Q2 already. The two factory riders led the way at the start of the session.

Valentino Rossi was ahead of Maverick Vinales at the half-way mark but things changed when Vinales went quicker with a 1m37.184s lap to make it into Q2. Teammate Rossi, though, did not improve on his first flying lap in the second run.

He was close to be knocked out by Honda tester Stefan Bradl but the German couldn’t get to him. Even Pramac Ducati’s Jack Miller couldn’t improve as the Australian then crashed out but teammate Francesco Bagnaia had other ideas.

The second part of qualifying saw Honda’s Marc Marquez take provisional pole with a 1m38.970s at the half-way mark with Petronas Yamaha SRT’s Franco Morbidelli only 0.041s behind in second and Ducati’s Danilo Petrruci third.

The final runs changed the course of the Spanish GP qualifying as Petronas Yamaha SRT’s Fabio Quartararo went quickest with a 1m36.888s to take his and the Yamaha satellite team’s first pole in MotoGP as he led a 1-2 with Morbidelli (1m36.962s) in second.

Honda’s Marquez had to be content with only third as he couldn’t improve on his final run due to a moment in Turn 3, with Ducati’s Andrea Dovizioso (1m37.018s) in fourth ahead of the factory Yamaha of Vinales (1m37.114s).