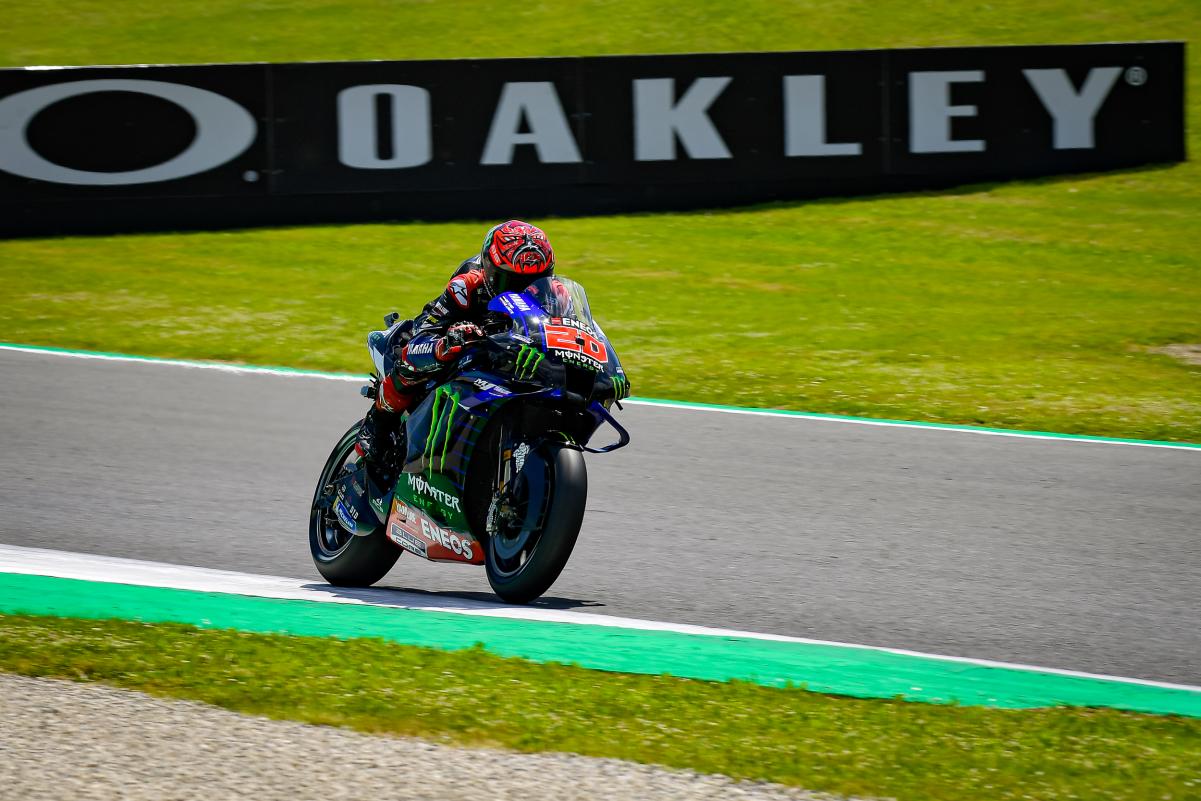 With the riders looking for slipstream, it didn’t sit well with Yamaha’s Maverick Vinales, who was only seventh, while track limits hampered Petronas SRT Yamaha’s Valentino Rossi’s run, to be last after the first runs from the riders.

The second run had more slipstream drama, especially involving Vinales and Honda’s Marc Marquez, which went on from pit exit until half a lap. The tactics kind of worked as the Yamaha rider missed out on Q2 despite being on a quick final lap.

Pirro ended up 16th with Avintia’s Luca Marini 17th from Tech 3 KTM’s Danilo Petrucci and Iker Lecuona in 17th and 19th, where Rossi was sandwiched in 18th after a late quick lap. Aprilia’s Lorenzo Savadori and LCR’s Alex Marquez rounded out the 22 runners.

It was dark clouds hovering for second part of MotoGP qualifying in Italian GP at Mugello, as Yamaha’s Fabio Quartararo had provisional pole after first run from A Esparagaro and Ducati’s Jack Miller, where the Spaniard used the Ducati’s slipstream nicely.

Marquez used his energy only for the one run. But it was a Quartararo show as the the Frenchman bettered his first run lap with a record-breaking 1m45.187s to take MotoGP pole in Italian GP as late surge put Ducati in 2-3-5 in the order.

It was Ducati’s Francesco Bagnaia in second with a 1m45.417s lap, while quick run from Pramac’s Johann Zarco (1m45.432s) and A Espargaro with some slipstream, helped them to be third and fourth, pushing Miller to an eventual fifth in the order.

The KTM pair of Brad Binder and Miguel Oliveira did well in sixth and seventh, from Suzuki pair of Alex Rins and Joan Mir, while Petronas SRT’s Franco Morbidelli slotted in 10th from Honda pair of Marquez and Pol Espargaro.