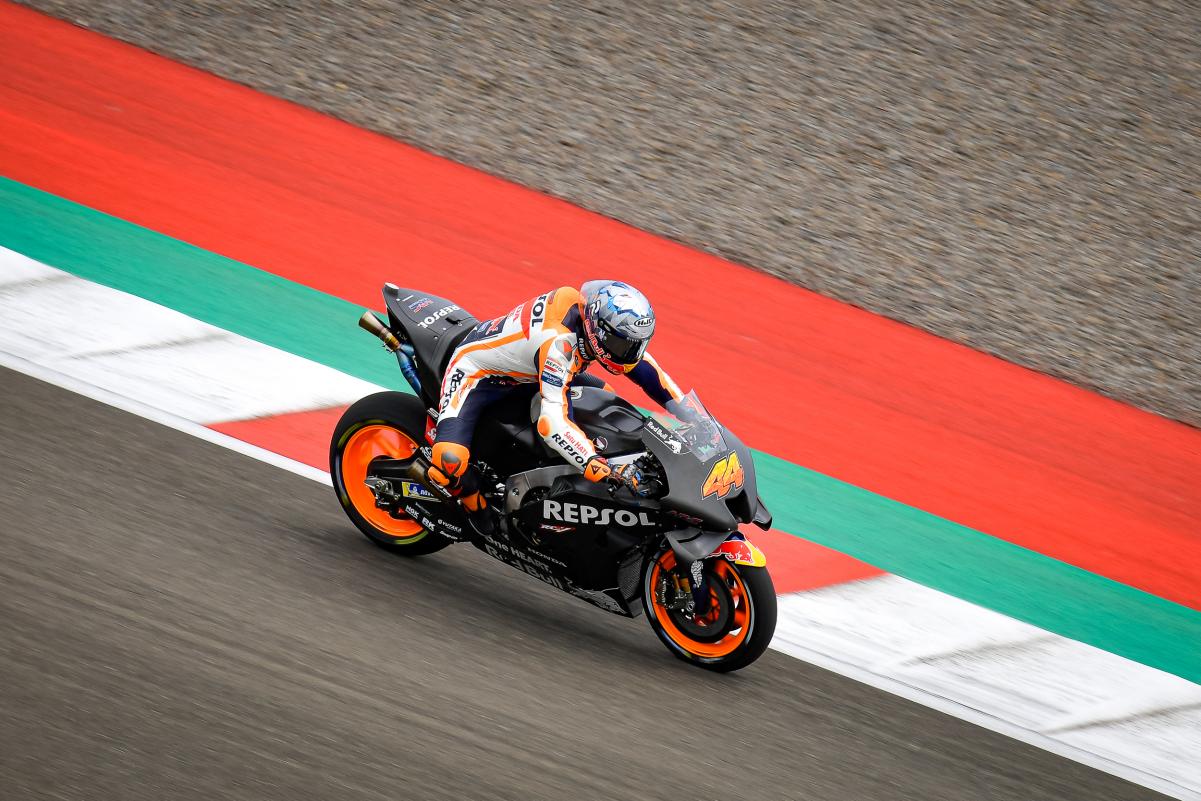 The Day 1 action at the brand new MotoGP circuit saw some good running despite the red flag stoppage to clean the track due to heavy dust. Last night’s rain resulted in the track getting dirty which forced the race direction to carry out a cleaning work.

It didn’t deter the Espargaro brothers who topped the standings with Honda’s Pol leading after setting a 1m32.466s lap from Aprilia’s Aleix (1m32.937s) and KTM’s Binder (1m32.943s) in the Top 3. Late rain gave no chance for any improvements.

While A Espargaro continued to show the way, P Espargaro and Binder did well to be in the top half after a low-key Sepang Test. Suzuki’s Alex Rins was fourth who led Yamaha’s Fabio Quartararo and Ducati’s Jack Miller – the trio leading their respective manufacturers.

The Frenchman had a better run this time even though Yamaha is still a bit off. Aprilia, meanwhile, continued their form with Maverick Vinales in seventh from the other Suzuki of Joan Mir, while RNF Yamaha’s Andrea Dovizioso was ninth in a good show.

Pramac Ducati’s Jorge Martin rounded out the Top 10 with LCR Honda’s Takaaki Nakagami 11th despite a fall for the Japanese MotoGP rider. Yamaha’s Franco Morbidelli also had a better run than Sepang to be 12th with Pramac’s Johann Zarco in 13th.

The leading MotoGP rookie was Fabio di Giannantonio in 14th abode his Gresini Ducati with LCR’s Alex Marquez 15th whereby his brother Marc was 17th abode his Honda behind KTM’s Miguel Oliveira, who had a lowly time like Sepang.

Having had a better show in Malaysia, Gresini’s Enea Bastianini was only 18th abode his Gresini ahead of Tech 3 KTM of Raul Fernandez with the VR46 Ducati pair of Luca Marini and Marco Bezzecchi in 20th and 21st respectively.

Bezzechi had not just one but multiple falls but still managed to do 63 laps in all, with Ducati’s Francesco Bagnaia in 22nd – after having a fall – from RNF Yamaha’s Darryn Binder and Tech 3’s Remy Gardner, who continued to ride through pain. 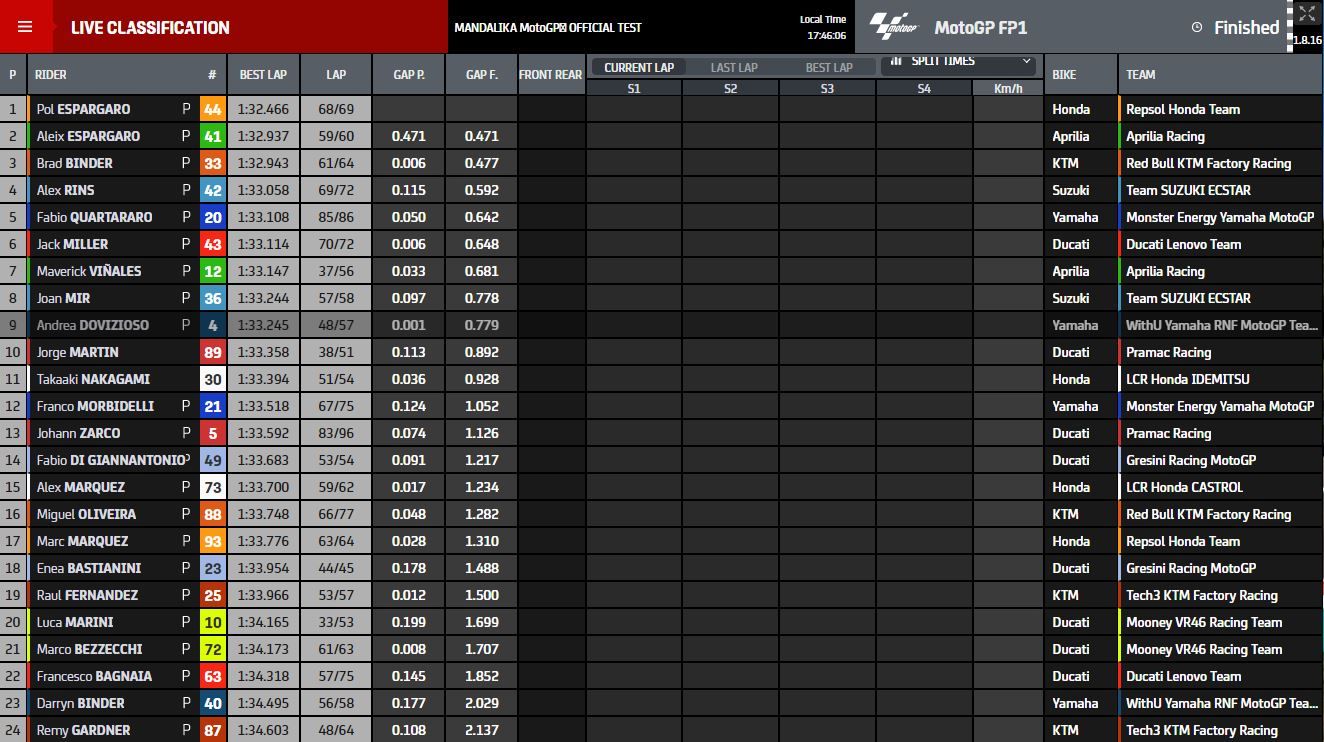