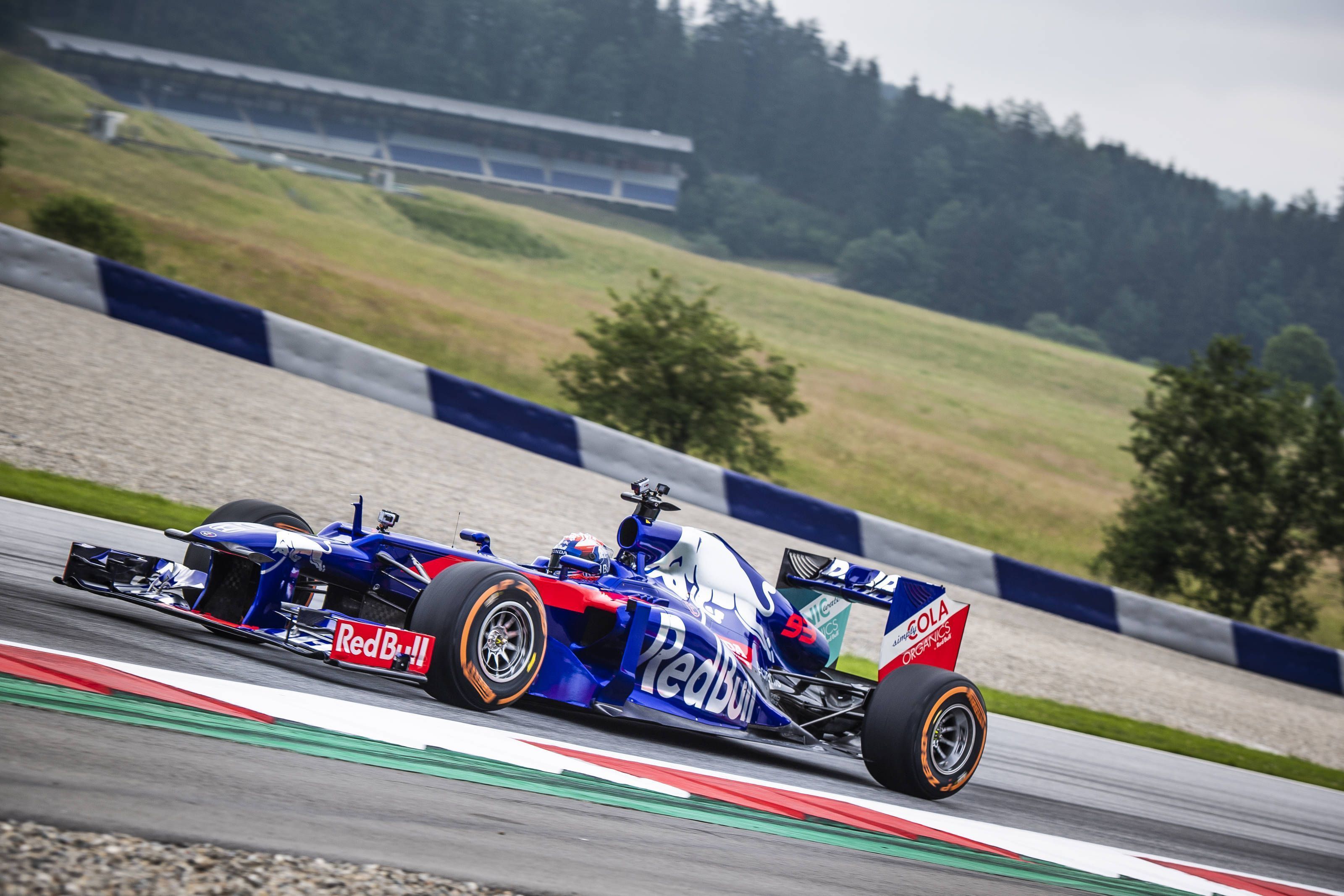 While it is unclear at this stage which car he drove but looking at the stepped nose in the pictures so far, it seems like it is the 2012 V8-powered Toro Rosso machinery under the current livery scheme.

Marquez had a simulator session on Monday in the Red Bull factory before having his maiden drive at the Red Bull Ring circuit on Tuesday, which will also host his MotoGP teammate Dani Pedrosa – during the two-day event.

“It was always my dream to race the quickest cars in the world,” said Marquez. “I had great respect for it ahead of today, and I didn’t sleep well. In the end it was an unbelievable experience, and an absolute highlight of my career.

“There is a massive difference to MotoGP. The limited visibility was a great challenge, in particular, to begin with. You feel a lot more constricted in the cockpit. The braking distances and timing in turns is completely different.

“A Formula 1 car has much more downforce, of course, which made for a lot of fun in the part of the circuit with the most turns, in particular.” His mentor for the day, Webber added: “He was really quiet still at breakfast.

“As soon as he got into the cockpit, he was 100 per cent focused and delivered a top performance on the race track. Formula 1 and MotoGP are two completely different things. Marc made my job as an instructor very easy though. He always asked the right questions and improved lap by lap.”

Meanwhile, Red Bull Marko went to extent stating that this won’t be Marquez’s last time in a F1 car after being impressed with his performance in a short span of time. “To put that kind of performance in within such a short time says everything about his huge talent.

“In the coming years he is going to break a lot more records in MotoGP. Maybe after that, Formula 1 will actually be a possibility. Up to now only a few exceptional talents, such as John Surtees, have managed to compete in both racing series. Marc also has what it takes. Today definitely wasn’t the last time he will sit in a Formula 1 car.”