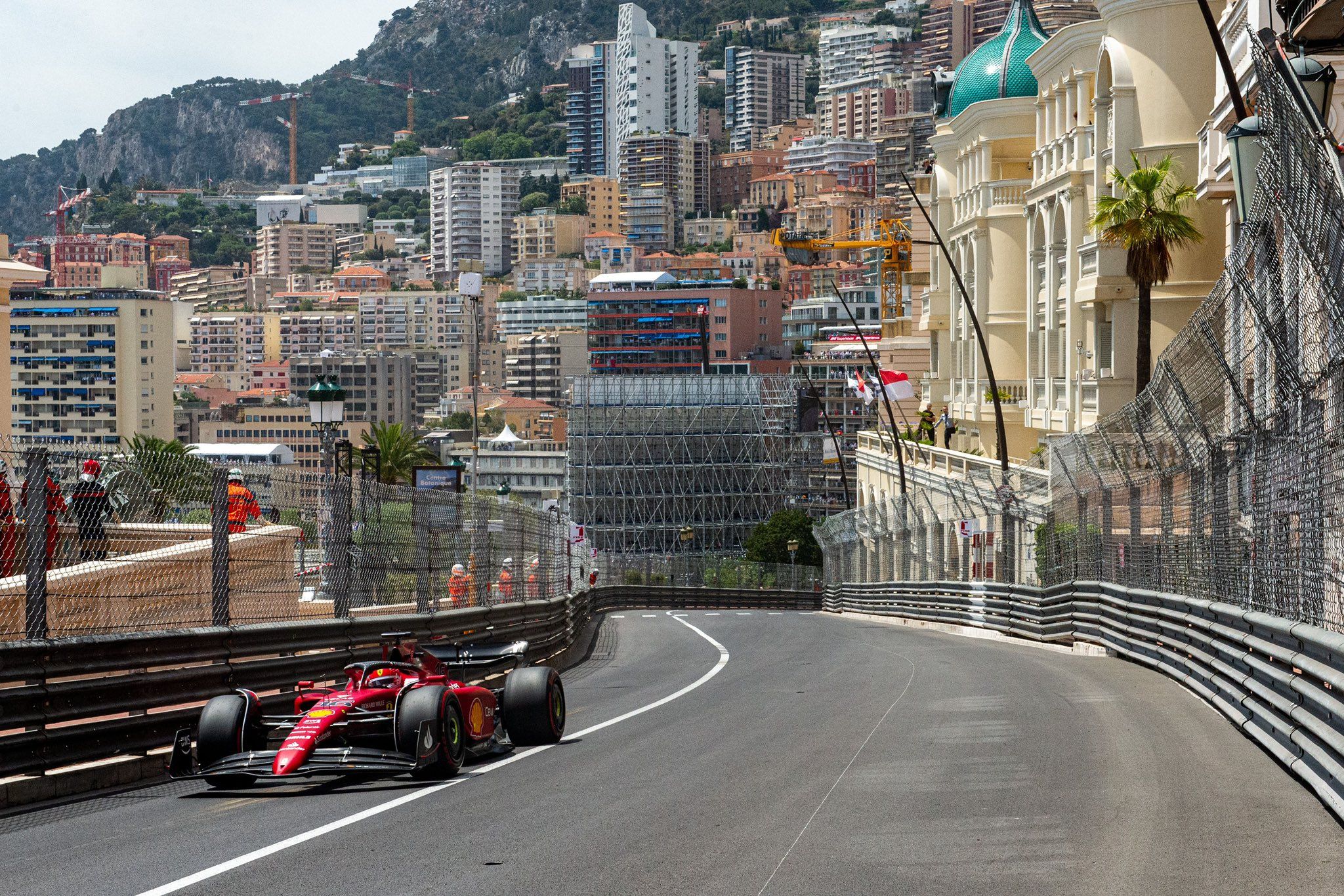 The first part in F1 Monaco GP qualifying was smooth with no big incidents. The Ferrari pair led the way with Charles Leclerc setting a 1m12.569s lap from Carlos Sainz as Mercedes’ George Russell slotted in third after a late improvement.

Just as the business end of the session kicked-off, there was a red flag after AlphaTauri’s Yuki Tsunoda brushed the barrier at the exit of the tunnel around the chicane. He limped back into the pits with a puncture on the front-left.

The red flag disrupted the session for the drivers in the bottom half who were left with little time to make it into Q2. The improvements from others left AlphaTauri’s Pierre Gasly in a bad position as he got knocked out in 17th with a 1m13.660s lap.

His teammate’s wall brush eventually cost him with Williams’ Alexander Albon also knocked out in 16th with a 1m13.611s lap. His teammate Nicholas Latifi (1m1.403s) was 19th behind an angry Aston Martin’s Lance Stroll (1m13.678s) and ahead of Alfa Romeo’s Zhou Guanyu (1m15.506s) who didn’t make in time to start his final flying lap.

The second part in F1 Monaco GP started with a close fight between Red Bull’s Sergio Perez and the Ferrari duo where the Mexican led the duo who were separated by 0.033s. The order changed post the initial run as Leclerc was fastest with a 1m11.864s lap.

He missed the weigh bridge but stopped before entering the pits and was pushed back. The Monegasque led Perez by 0.090s with Sainz slotting in third. The knockout zone saw a late push from Aston Martin’s Sebastian Vettel put others at risk.

The final part in F1 Monaco GP saw Ferrari’s Leclerc set the initial pace with a 1m11.376s lap which was 0.2s faster than teammate Sainz and also Red Bull’s Perez, who once again was quicker than teammate Max Verstappen in the Top 4.

The best of the rest was a duel between McLaren’s Norris and Alpine’s Fernando Alonso, who shared the fifth spot. But before the final runs could come in, the session was red-flagged after a crash for Red Bull’s Perez before the entry to tunnel.

Perez lost the rear and hit the barrier, while Sainz was unsighted and a last-minute brake moment into the corner led him to hit him. The Spaniard noted that he didn’t have the time to react after missing the yellow flag marker.