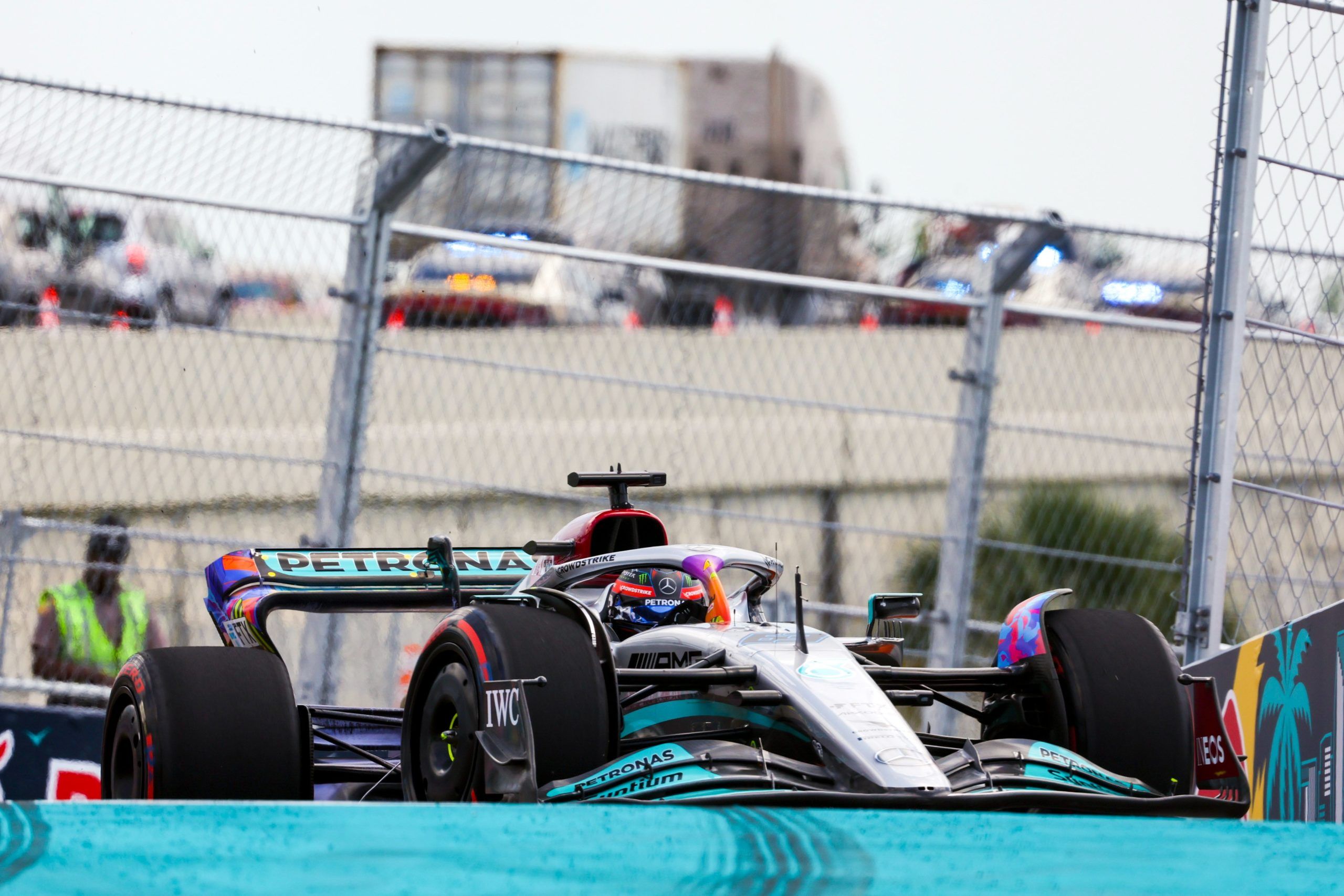 It wasn’t a clean session from the get go in FP2 of F1 Miami GP, where Alfa Romeo’s Valtteri Bottas was already out of the equation with the team unable to fix the car for the session. Red Bull managed to fit in a new gearbox for Max Verstappen but he had more troubles.

The outlap saw him face steering issues which was confirmed to be hydraulics. There was flames from the brakes which ended his session. He managed to bring the car in the pits but Red Bull’s misery didn’t end there with Sergio Perez also having couple of moments.

There were more offs/spins from Aston Martin’s Sebastian Vettel, Lance Stroll along with Haas’ Kevin Magnussen and Williams’ Alexander Albon. There were multiple red flags too with Ferrari’s Carlos Sainz causing the first one and Williams’ Nicholas Latifi the other.

The Spniard went off at Turn 14 while Latifi stopped at the side due to mechanical issue. At the front it was a Mercedes on top with Russell setting the pace with a 1m29.938s lap from Ferrari’s Leclerc (1m30.044s) and Red Bull’s Perez (1m30.150s).

AlphaTauri’s Yuki Tsunoda had a better run in 13th with Aston Martin’s Vettel in 14th from Haas’ Mick Schumacher who shed part of his sidepod during the session along with teammate Magnussen. The other Aston Martin of Stroll slotted in 16th from Williams’ Alexander Albon and Latifi.

Here’s how FP1 panned out in F1 Miami GP