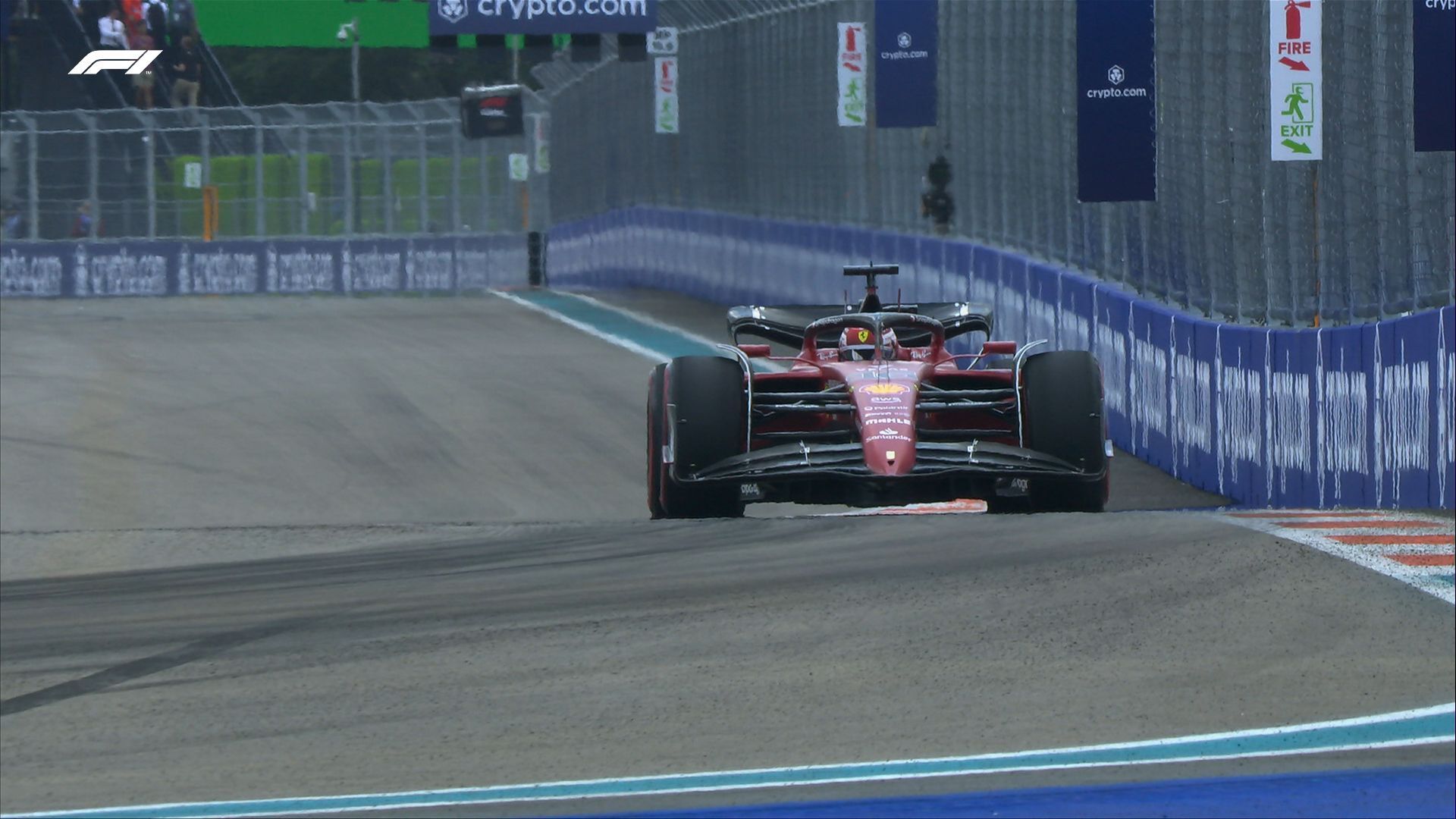 After years of court trials, F1 Miami GP was a go with Ferrari’s Leclerc topping FP1 after his 1m31.098s lap using the soft tyres with Mercedes’ Russell doing a fine job to put his car in second after his 1m31.169s lap as Red Bull’s Verstappen (1m31.277s) was third.

The Dutchman though did not have a smooth run after a small barrier touch. In fact, there were a lot of moments in the session with multiple drivers like Carlos Sainz, Yuki Tsunoda, Sebastian Vettel, Guanyu Zhou, Nicholas Latifi, Sergio Perez taking the help of run-offs.

Sainz had a puncture which led to a late spin but he managed to continue on, while it wasn’t the same for Alfa Romeo’s Valtteri Bottas whose wide moment put him into the barrier causing a red flag as his session ended early.

Even though Russell was second, he had a moment in the pitlane when Alpine released Esteban Ocon on his way with the incident being investigated by the stewards. On the timing sheets, Perez was fourth with a 1m31.301s lap.

A late push from Sainz on the medium tyres put him in fifth with a 1m31.528s lap, as Williams’ Alexander Albon (1m31.854s) did a fine job in seventh when his teammate Latifi was last. Mercedes’ Lewis Hamilton slotted in eighth with a 1m31.956s lap.

The Top 10 was rounded out by Haas’ Kevin Magnussen (1m32.559s) and McLaren’s Daniel Ricciardo (1m32.592s), where the two had a moment in closing stages of the session. The Australian also had a moment early on with Mick Schumacher which is under investigation.

AlphaTauri’s Tsunoda struggled in 18th from Haas’ Schumacher and Williams’ Latifi. Both the Haas drivers stayed longer in the pits due to an issue with both taking a new power unit along with the Alfa Romeo duo, Leclerc and Gasly – the Frenchman taking his third.

Similarly they all took a new TC and MGU-H, with everyone barring Zhou took a new MGU-K. In terms of ES, Stroll and Latifi took their second, while Vettel picked up a second CE. The German was fanciful pre-FP1 where he wore undies over his racing suit as a ‘joke’ against the FIA new ruling on jewellery and flame-resistant underwear.

Seb really did this, wearing an underwear above his racing suit out of protest#MiamiGP pic.twitter.com/mmvSrDsYQz