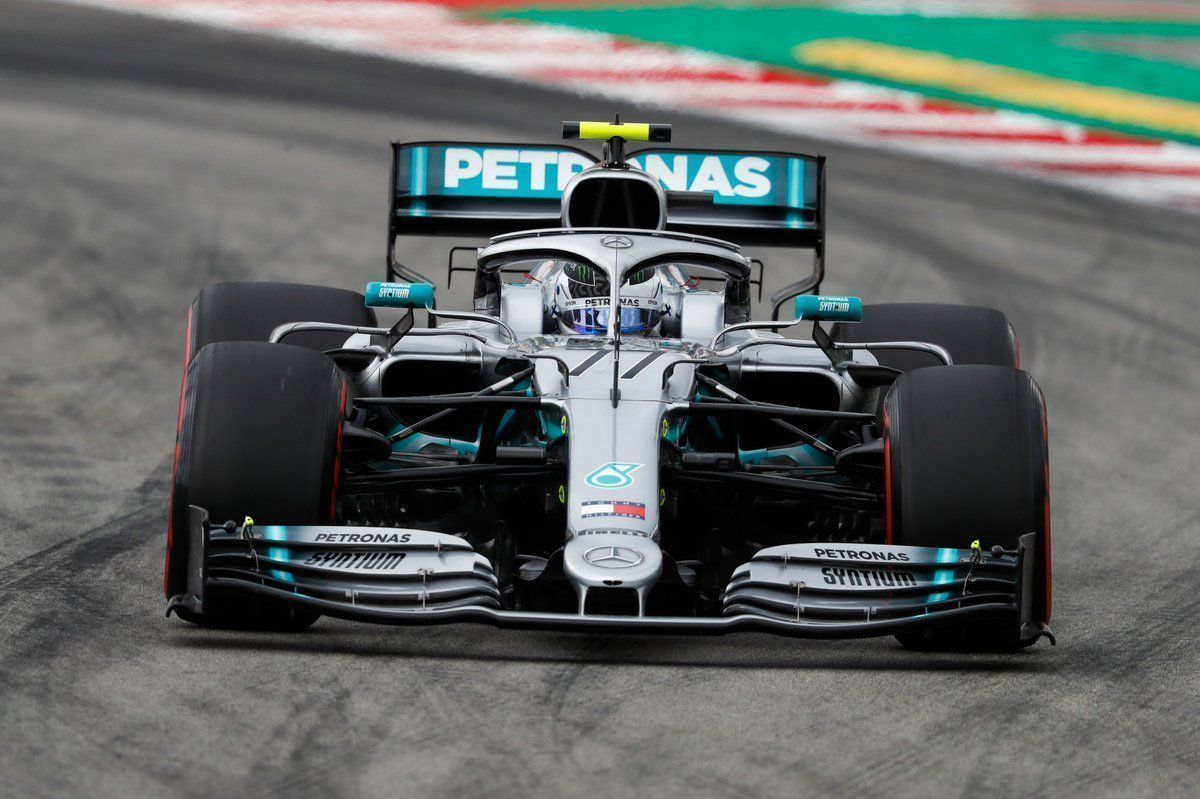 After Lewis Hamilton’s time in FP3 to start the Saturday of F1 Spanish GP at Circuit de Catalunya, Barcelona, it looked like the British driver found his rhythm to take on teammate Bottas and the Ferrari drivers in qualifying.

He looked good as well but Bottas seemed quicker all the way as the Finn eventually eked out a 0.634s gap to Hamilton to score his third consecutive pole of 2019 F1 season, in much surprise to both the drivers. What was even more surprising, was the gap to Ferrari.

In fact, Charles Leclerc’s little off in Q2 hurt him as he was beaten by Red Bull Racing’s Max Verstappen in the end. Meanwhile, Bottas was on a high naturally with another superlative performance as Hamilton could only rue his slight mistake in Q3.

“It was really enjoyable and to get a nice lap like that is a nice feeling and a nice adrenaline rush,” said Bottas to the media. “What makes it enjoyable is when the car is behaving, when the car is doing what you want it to do and what you ask it to do.

“I think as a team we have done an incredible job with the upgrades we brought here and with the set-up direction we’ve taken. But I was really building up to the qualifying after a difficult FP3 with the spin and each run I always knew ‘OK, here I can improve’.

“So on and I managed to put it together for Q3. The gap is big [to Hamilton], yeah. I never would expect that but I don’t know how Lewis’ lap was but this time I got everything pretty well right in the lap.”

While Hamilton had a slight twitch on his first flying lap – which decided the course eventually – but Toto Wolff said that his out lap was compromised due to few slower cars, which affected his flying lap. Despite that, Wolff felt Bottas was anyways quicker.

“It was OK; it could have been better for sure,” said Hamilton. “Valtteri did a fantastic job particularly once he got to Q3. It was a bit of a tacky Q3 for me, which is kind of rare for me, but it happens. I don’t think it’s about Q3.

“I think it’s about the whole weekend and it’s the feel that I have in the car, I just need to work on it so I don’t think it’s really about my approach in qualifying particularly. But of course I’m looking at all solutions and I’ll get there eventually.

“Otherwise, I’m just really happy and proud of the team for the upgrades we were able to bring this weekend to eke the gap to the Ferraris.” While the Mercedes duo did their job, the Ferrari lacked again with Vettel almost getting caught by Verstappen.

Even with the lack of pace in the final sector with all the corners, the German was upbeat for the approach by Ferrari, which he hopes reaps benefit in the Spanish GP and in the future races. “It’s been a busy weekend but I am happy to be in P3,” said Vettel.

“I think it gives us a good chance for the race and we look forward to it. I think we brought some new bits, a new engine, everything seems to work but clearly we are not yet where we want to be but I think in terms of team effort, everybody was doing their utmost.

“We tried a lot of stuff in practice in different directions. I think we ended up getting the best out of the car in qualifying, which, as I say, wasn’t enough and we’re certainly not satisfied – but I’m very happy with the approach.

“With the chance that we took, in terms of trying something daring, something I think ultimately will pay off. Not yet – not today at least! But hopefully it helps us in terms of pace in the race. Hopefully sets of the right direction for the next couple of weeks.”

When asked about the gap to Mercedes, Vettel said no doubt he is surprised with it but he said he as well as the team knows where they are lacking. “Yes, it’s a lot of time [to lose] – but obviously we gain down the straights and we lose in the corners,” said Vettel.

“In the first two sectors, we have straights to compensate, so maybe you don’t see the loses in the corners but, I think it’s pretty transparent: I think you have access as much as we have to the GPS data.

“We lose time in the last sector in the corners in pretty much every corner. So, from 10 to 15 there’s not one corner that stands out. Obviously eight-tenths sounds a lot but if you then divide it by the amount of corners, it’s a bit less – but it’s still a lot.

“In the end of the day, it doesn’t change anything. For us, it’s a lot of homework. The car, I think, certainly didn’t feel perfect, so there’s something we can improve but overall, we seem to be a bit down in terms of grip and not being able to carry as much speed through the corner, not go on throttle as easy as them.

“So, it’s a loss not necessarily in braking, I think it’s more the speed carried around the corner. It’s not the first time. Obviously here it bites you in the last sector because there are many corners and no straights – but that’s what it is.”

His teammate’s qualifying was again compromised as Leclerc’s slight off moment damaged his car where he lost the balance and couldn’t go any quicker than he did, to finish fifth behind Verstappen. His case once again shows how small parts matter in current times.

Spanish GP: Bottas beats Hamilton to pole in another Mercedes 1-2