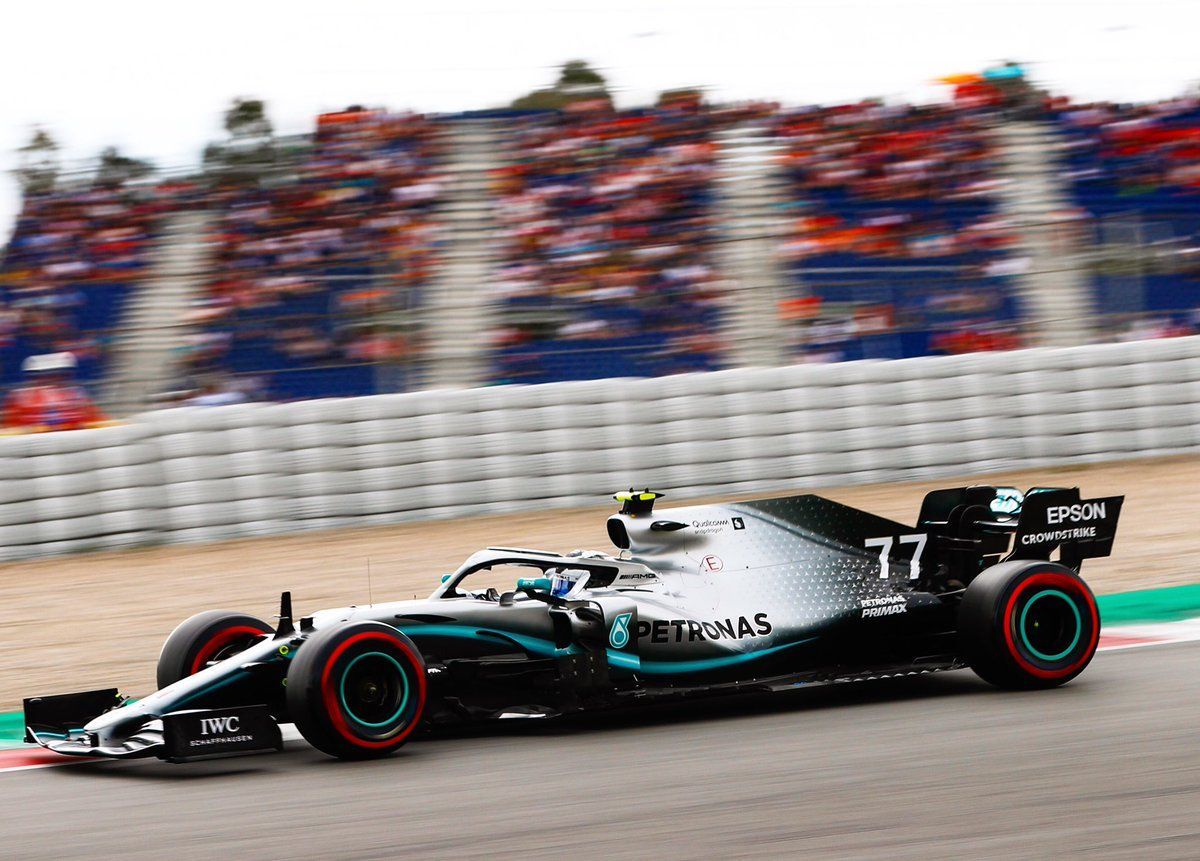 The nightmare for Renault continued with Nico Hulkenberg having an off on the gravel which broke his front wing as he limped back into the pitlane but fortunately, it didn’t break the suspension as the German managed to venture out and set a lap time.

The two Williams drivers sealed the final row on the grid with George Russell (1m19.072s) in 19th ahead of Robert Kubica (1m20.254s). The British driver had a spin but did well in the end to finish only 0.408s behind Giovinazzi, the closest they have managed to in 2019.

There wasn’t any strategy games being played out in the second part of qualifying with all the drivers going for the soft option. At the front, it was a blistering pace from Mercedes’ Bottas with Lewis Hamilton in second and Ferrari’s Sebastian Vettel in third.

Teammate Leclerc had to use another set of soft after the Monegasque ran wide over the kerbs which needed another go to finish fourth. It was frantic outside the Top 10 with both McLaren drivers out of qualifying as Lando Norris (1m17.338s) was 11th.

He was followed by Toro Rosso’s Alexander Albon (1m17.445s) and McLaren’s Carlos Sainz (1m17.599s), both having a moment on their quick laps, which probably cost them few tenths – in fact, Sainz aborted his lap eventually.

The bottom two positions in Q2 were filled by Alfa Romeo Racing’s Kimi Raikkonen (1m17.788s) in 14th and Racing Point’s Sergio Perez (1m17.886s) in 15th – in a difficult run for both the outfits, at least on the Saturday.

It was provisional pole for Bottas with a 1m15.406s lap as the Finn was 0.634s up on Hamilton after the British driver made a slight mistake on his initial run. Vettel was third but nearly one second down on Bottas.

Ferrari would not be too pleased as Verstappen (1m16.357s) managed to split their two cars with Leclerc (1m16.588s) only managing fifth after his Q2 mistake. Red Bull’s Pierre Gasly (1m16.708s) did well to end up sixth ahead of the Haas drivers.