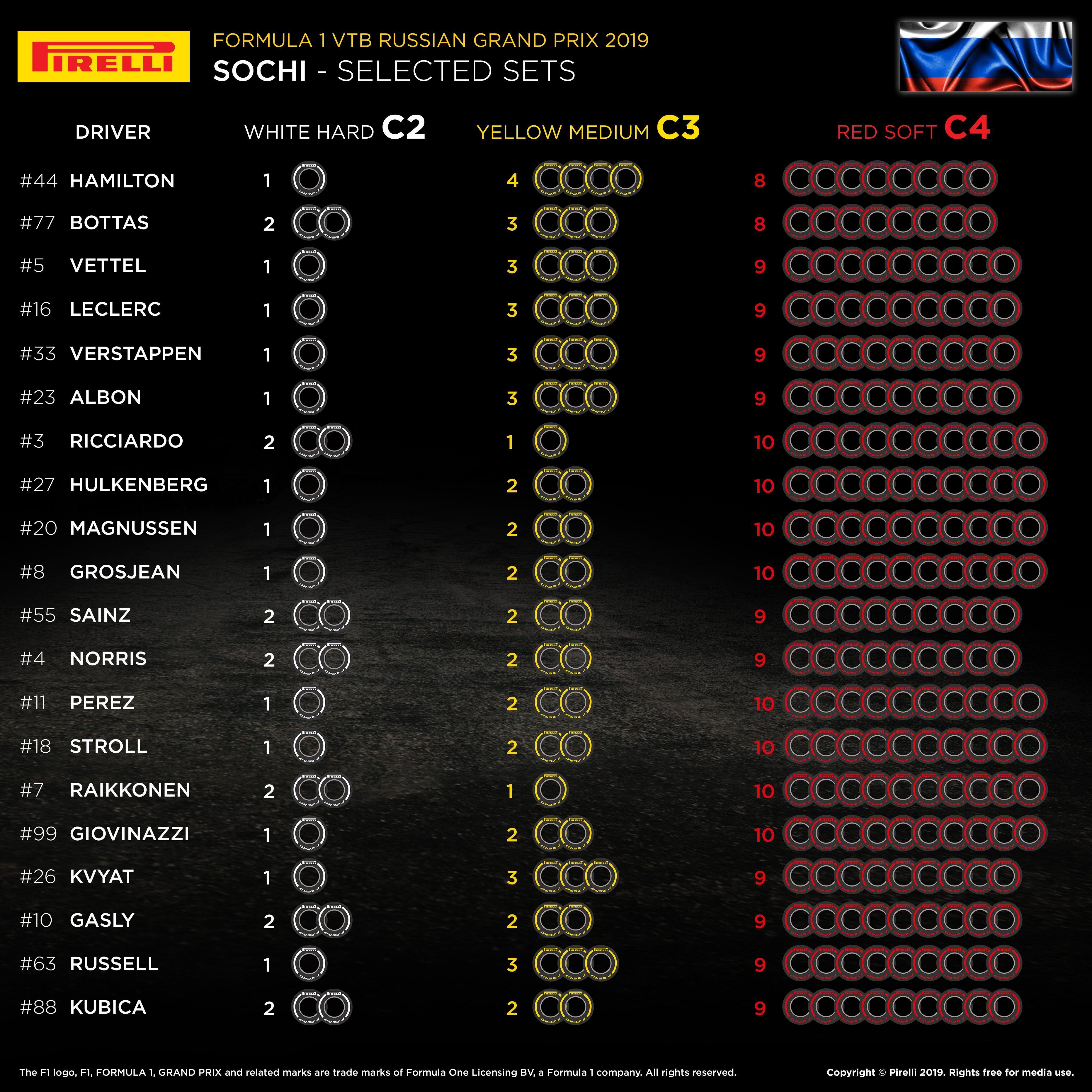 Pirelli Motorsport has revealed the tyre choice of teams and drivers for F1 Russian GP (September 27-29) with Mercedes differing from other teams.

As known, Pirelli is bringing C2 (hard), C3 (medium) and C4 (soft) for the F1 Russian GP at Sochi Autodrome, with Mercedes differing from rest of the teams in their tyre choices.

Mercedes will be the only team with eight sets of the soft compound with Lewis Hamilton opting for four sets of medium and one hard, while Valtteri Bottas having three of medium and two of hard.

With nine sets of soft compound will be Ferrari, Red Bull Racing, McLaren, Toro Rosso and Williams. Among them, Ferrari, Red Bull, Daniil Kvyat and George Russell have gone for three sets of medium and one of hard.

At the same time, McLaren, Pierre Gasly and Robert Kubica will have two each of medium and hard compound. Elsewhere, Renault, Haas, Racing Point and Alfa Romeo Racing will have 10 sets of soft compound.

Haas, Racing Point, Nico Hulkenberg and Antonio Giovinazzi have opted for two sets of medium and one hard, while Daniel Ricciardo and Kimi Raikkonen will have two sets of hard and one medium.

As the rule states, the teams get 13 set of tyres for the whole Russian GP weekend, with one set of the softest compound to be kept by the Top 10 F1 drivers to use in Q3. After the completion of qualifying, the Top 10 drivers will have to return that set, while the other drivers can keep it for the race.