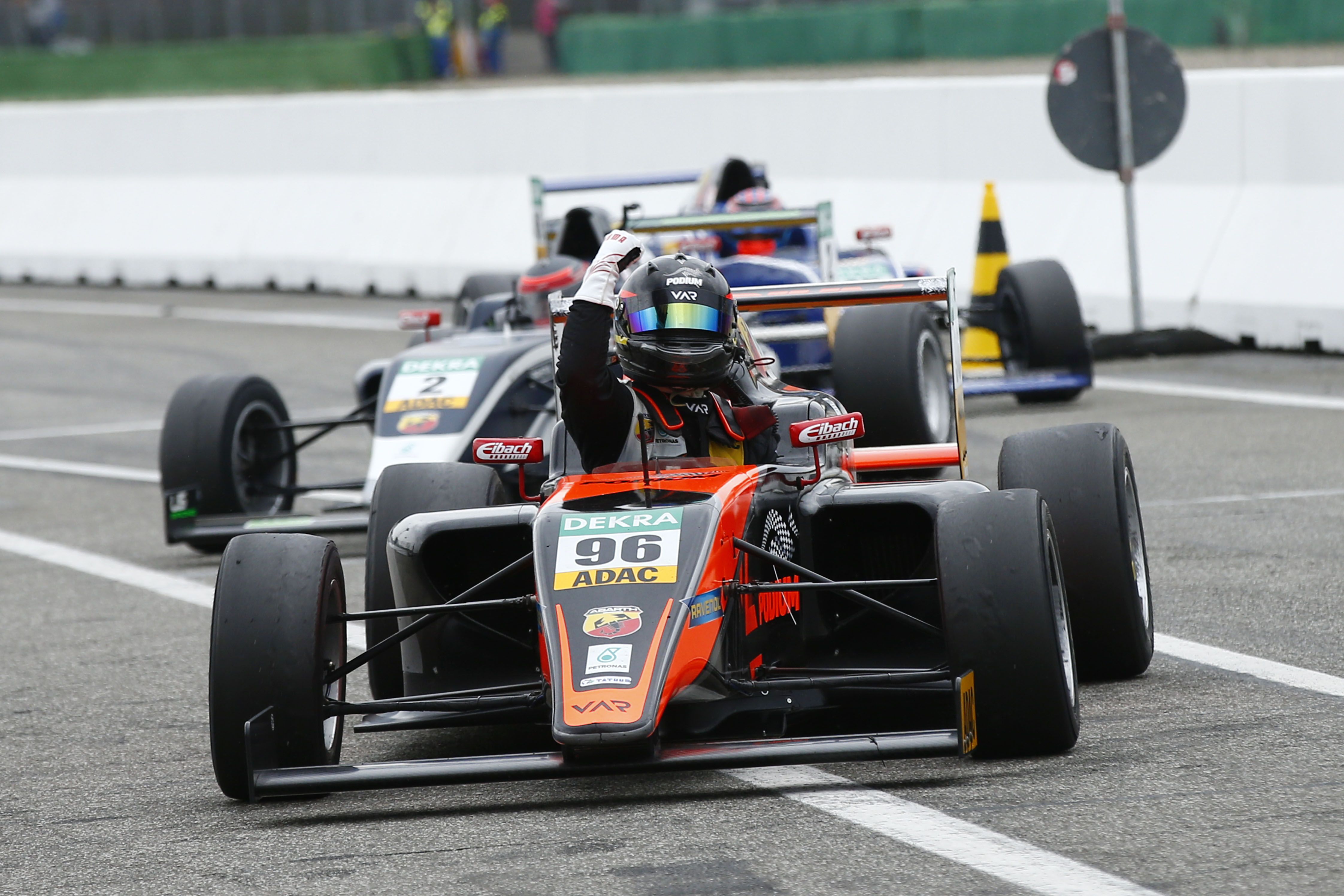 Joey Mawson is dominating in ADAC Formel 4 this weekend at Hockenheim, Germany. The yet champion has taken the victory in the second race of the weekend with wet conditions and a lot of drama Preining and Laliberté completes the podium.

Starting from pole position, the champion of the series, Joey Mawson (Van Amersfoort Racing) keep the first position ahead of an impressive start by Mike Ortmann (ADAC Berlin-Brandenburg e.V.) who went from fourth to second.

But at turn three, Kim Luis Schramm (US Racing) tried to overtake the German but they touched and rejoined the grid in the last positions. Juri Vips (Prema Powerteam) was just behind them, had to avoid the crash and dropped some positions.

Meanwhile, his team mate, Mick Schumacher already was in his comeback. The runner-up of the series started from 35th position and saw how he lost his front wing. Luckily for him the red-flag came out because it started to rain and the drivers were on dry tyres, so he avoided one pit stop.

The race re-started with 11 minutes to go and behind the safety car, the top 3 – Mawson, Preining and Laliberté – immediately scape from the battle for fourth position between Zendeli (ADAC Berlin-Brandenburg e.V.) and Simo Laaksonen (Motopark).

The race ended behind the safety car due to a contact between Juan Manuel Correa (Prema Powerteam), Estner and Fabio Scherer (Jenzer Motorsport) at turn 2.

It was another win for Mawson in a race of only 7 laps, Thomas Preining (Lechner School) almost secured his 4th position in the standings with this podium, Laliberte (Van Amersfoort Racing) continues his momentum with third position.