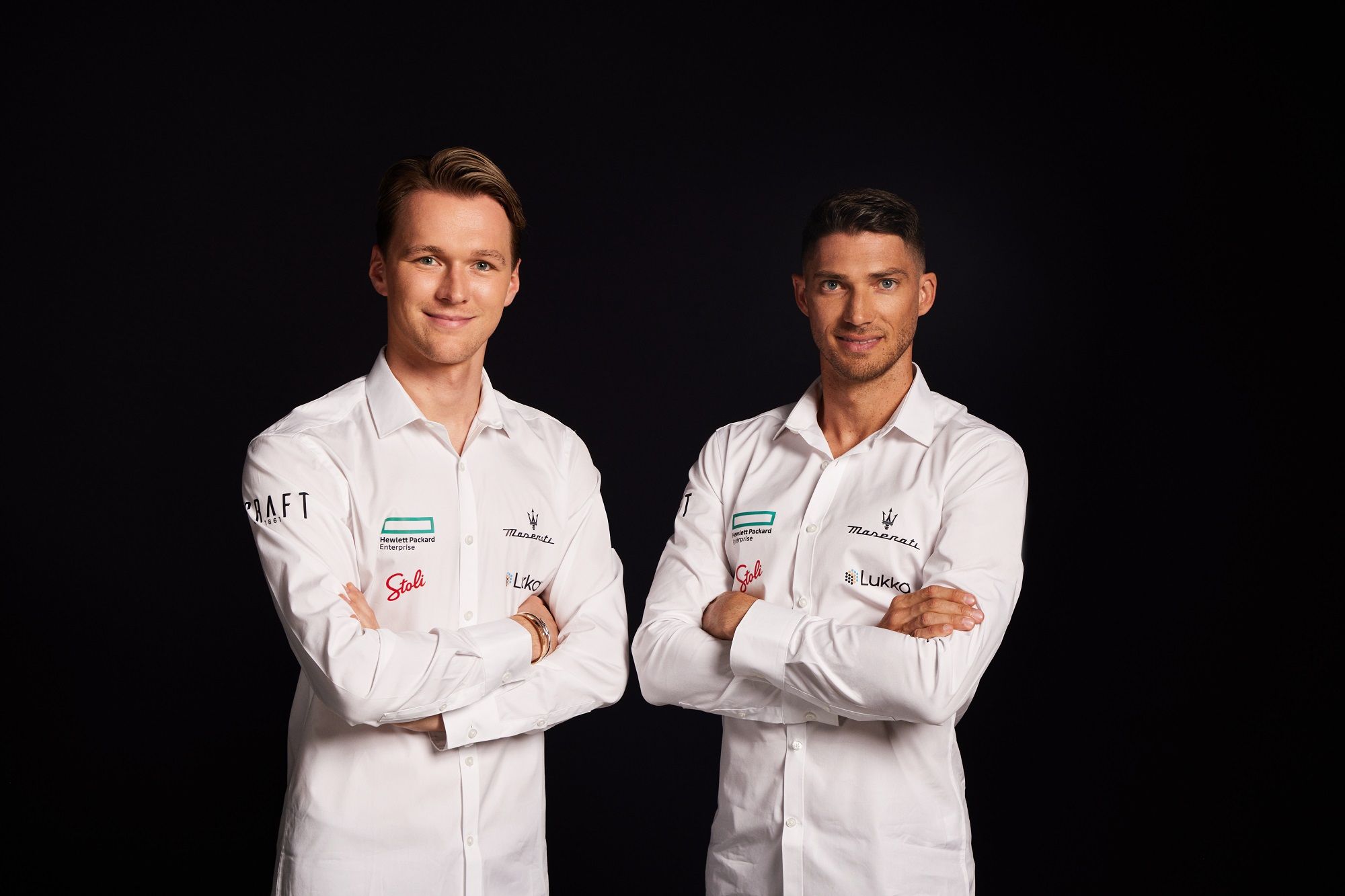 Maserati MSG Racing has named Edoardo Mortara and Maximilian Guenther as their drivers for its Formula E debut in Season 9.

As the Trident prepares to make its long awaited return to the race track, Maserati MSG Racing is delighted to welcome Maximilian Guenther to its driver lineup for Season 9 of the ABB FIA World Championship and extend its relationship with Edoardo Mortara. By uniting passion, experience, youth and thirst for ground-breaking results, Edo and Max embody a potent strike force for the series’ Gen3 era, which represents a new benchmark for electric vehicle performance.

Maserati is the first Italian automotive brand to appear in the Formula E championship, timing its arrival perfectly with the dawn of the Gen3 era. In Season 9, Edo and Max will compete with the fastest, lightest and most powerful Formula E single-seater ever, featuring a range of innovations in terms of design, production and technology. Since joining Formula E in 2017, Edo has earned international respect and prestige as one of the series’ top drivers and has moved from strength-to-strength in his career to date.

In Season 7, the Swiss-Italian became Formula E’s first vice World Champion and battled to third in Season 8’s title fight in a competitive campaign decorated by four race victories. With a total of six wins and 13 podiums, Edo will continue to add to his current success with Maserati MSG Racing in Season 9 – his sixth with the Monaco-based team.

As Formula E’s youngest race winner, Max has shown continual growth and potential over the past four seasons. The German driver joined the all-electric grid in Season 5 following a series of standout performances in Formula One feeder category, Formula 2, and tasted victory in only his 13th E-Prix start.

With three wins already achieved and at only 25 years old, Max represents the future of Formula E and as one of motorsport’s most promising talents, will join team-mate Edo to form one of Season 9’s most competitive lineups.

“Since joining in Season 4, the team has become home for me and I’m really happy to continue my journey with such a collection of hard working and talented individuals into Season 9 and beyond,” said Mortara. “The past five seasons have been some of the best of my career and after taking home six wins, 13 podiums and a Vice World Championship title, I’m looking forward to building upon our current success together in Gen3.

“As a Swiss-Italian, representing the Maserati brand in their return to international motorsport will be a great honour. I’m also looking forward to working with Max who has already shown promise as a Formula E driver. As the reigning Vice-World Champions, it’s a great time to be joining the team and I think Max and I will make a strong team as we take on the Championship together.”

At the same time, Guenther stated: “I’m very proud to be joining the Maserati MSG Racing family alongside Edo ahead of Season 9. I have a lot of admiration for the team and their achievements in recent seasons – they have been tough to beat and fully deserve their current status as Vice-World Champions. To be part of the Maserati brand’s return to racing in partnership with MSG Racing is a huge honour for me and I‘m looking forward to building something very strong together.

“I first met Edo back in 2016 and we have similar values when it comes to racing – we’re both very detail orientated and driven for success. We have always had a great relationship on and off the track, based on mutual respect. I believe we’ll make a formidable team and I know that we will work hard together to ensure we extract the maximum performance together with the team. I can’t wait to get this exciting journey started.”

While Giovanni Tommaso Sgro, Head of Maserati Corse, noted: :As Maserati heads back to racing we’re delighted to welcome Max and Edo into the Trident family for Season 9 in what is set to be an exciting and electrifying new era in Formula E. We’re proud to be back on track where we belong, powered by passion and innovative by nature.

“In the race for ultimate performance, we’ll be taking Maserati forward as we charge on the streets of some of the world’s most iconic cities. Formula E is more than just a racing series, for us, it’s a competitive platform bringing new technologies to accelerate the development of high efficiency electrified powertrains and intelligent software for our performance road cars. And, as the first Italian brand to join, we’re looking forward to setting in motion our full electric Folgore strategy.”

And finally James Rossiter, Team Principal, Maserati MSG Racing, added: “Season 9 marks an exciting new era for Formula E and I’m delighted to extend our existing relationship with Edo, and welcome Max to the team. Edo has been a key cornerstone of our operation since 2017 and, ahead of his sixth season, he’s undoubtedly one of the best drivers on the grid. We’re very excited to see him be partnered by Max who is an exceptional young talent with immense promise and potential. In this pairing, we have a very strong driver lineup for Gen3, and we intend to be in a position to fight at the very front. We have exciting times ahead.”