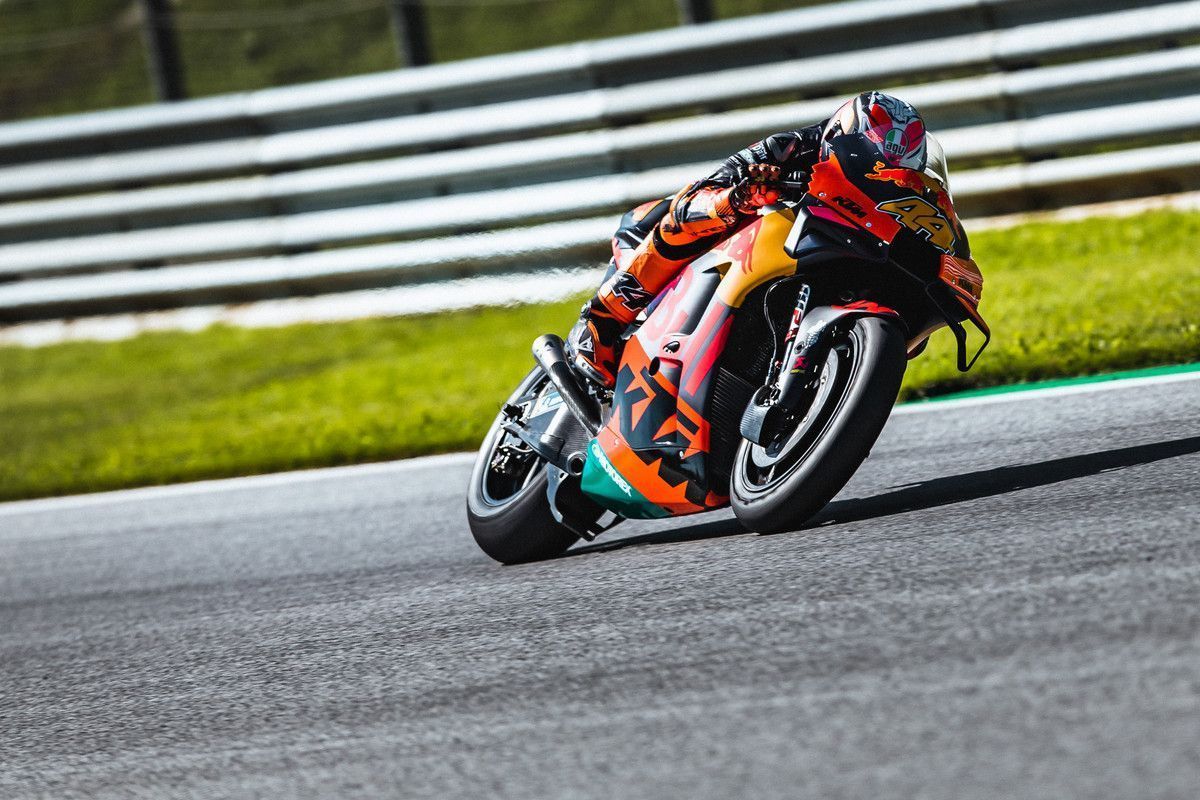 The first part in the MotoGP Styrian GP qualifying at Red Bull Ring had Ducati’s Danilo Petrucci leading the way after their first run with a 1m24.158s as Avintia Ducati’s Johann Zarco was second with KTM’s Brad Binder and Yamaha’s Valentino Rossi just behind.

It changed in the second run where Binder went fastest with a 1m23.932s lap as Rossi slotted in second. The order changed again with Tech 3 KTM’s Iker Lecuona going quickest then but Zarco went fastest then when Rossi went down at Turn 9.

The Frenchman made it into Q2 with a 1m23.609s lap with Petrucci in second with a 1m23.772s time as Leucona missed a sport in 13th. He managed to beat KTM factory man Binder in 14th, though, as Rossi ended up 15th eventually.

The second part in MotoGP Styrian GP qualifying had LCR Honda’s Takaaki Nakagami with provisional pole with a 1m23.602s lap as he headed KTM’s Pol Espargaro by 0.043s, where Petronas SRT’s Fabio Quartararo was third from Yamaha’s Maverick Vinales.

The Spaniard’s initial lap was deleted due to track limits. The second run had Espargaro go quickest to push Nakagami to second as the KTM rider eventually secured his first MotoGP pole in Styrian GP with a 1m23.580s lap to defy the Japanese his first.

Nakagami looked like to take it but his lap was deleted before he could finish it due to track limits in Turn 1 as the LCR Honda missed out by 0.022s as Zarco ended up third with Suzuki’s Joan Mir in fourth – the Top 4 only separated by 0.098s only.

It will be third for Mir though with Zarco to start from the pitlane after a penalty was handed out to the Frenchman for the incident in last weekend’s MotoGP race. Pramac Ducati’s Jack Miller ended up fifth despite having troubles with his shoulder.