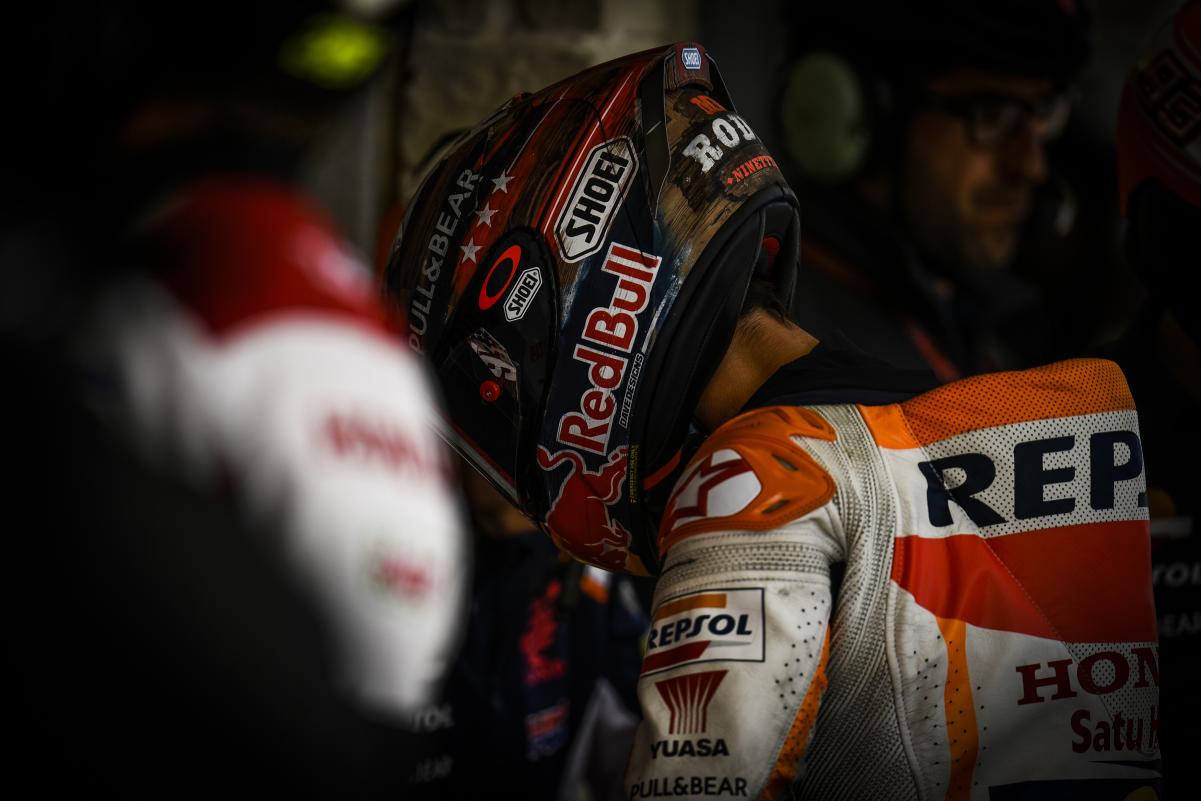 Marc Marquez didn’t want to go deep with the issue being faced by Honda for his crash in Americas MotoGP race but says that they have a fix in place for Jerez.

Reigning MotoGP champion was leading quite comfortably at one of his dominant circuit in America i.e the Circuit of The Americas, but a sudden crash ended his race as Suzuki’s Alex Rins took his first premier class win, with Ducati’s Andrea Dovizioso taking the points lead.

As they now prepare for the European MotoGP leg with the Spanish GP at Jerez this weekend, Marquez was naturally asked about his crash in Austin – as to what happened and if Honda have got the fix in place for the rest of the 2019 season.

The Spaniard did not wish to pinpoint the exact issue but he mentioned about a test which was undertaken by Honda tester Stefan Bradl, where he pointed towards the 2019 engine. He added that they had the issue in Argentina, for which they brought a fix in Austin.

However, it did not do the job as Marquez crashed out. Now with Bradl having tested the fix, the Spaniard is optimistic that the issue won’t affect his race at Jerez. “The most important thing for myself is we understand with the team why I crash,” he said.

“Because I was riding in a really good way, I had a very good confidence with the bike and was difficult to understand, but then after we analysed many many things, we understood. Of course, in the end, it’s my fault because I crashed.

“But during the weekend in Austin, I already said that ‘we have a small problem, we need to fix’, and this small problem was there on the race. And it’s a race track where we have these first-gear corners really strange.

“And it was the first time in the championship [in 2019] that we had this kind of corners, and we had a problem. After that, we deeply analysed with my team, we understood that the crash was coming from something.

“I cannot say what but it was coming from something that I didn’t expect because [the problem] was not every lap – was some lap yes, some lap not. The ‘small problem’ was coming from Argentina and so we changed something for Austin.

“We expected that it will fix the problem but we saw that it didn’t fix. Now they expect that it has fixed as they have already tested with Bradl. Looks like it’s fixed, so this is important and it’s something that’s normal.

“We are in the third race of the championship – now in the fourth – the engine is new and sometimes it happens. The most important thing is that after a mistake, after a zero in the championship, we are only nine points behind Dovi, so it’s nothing, we are there.”

While Marquez’s issue seems to be engine related especially in braking area, the problem with Jorge Lorenzo looks like related to electronics of the bike. Lorenzo stated that they took the bike to Japan to change something on the electronic side.