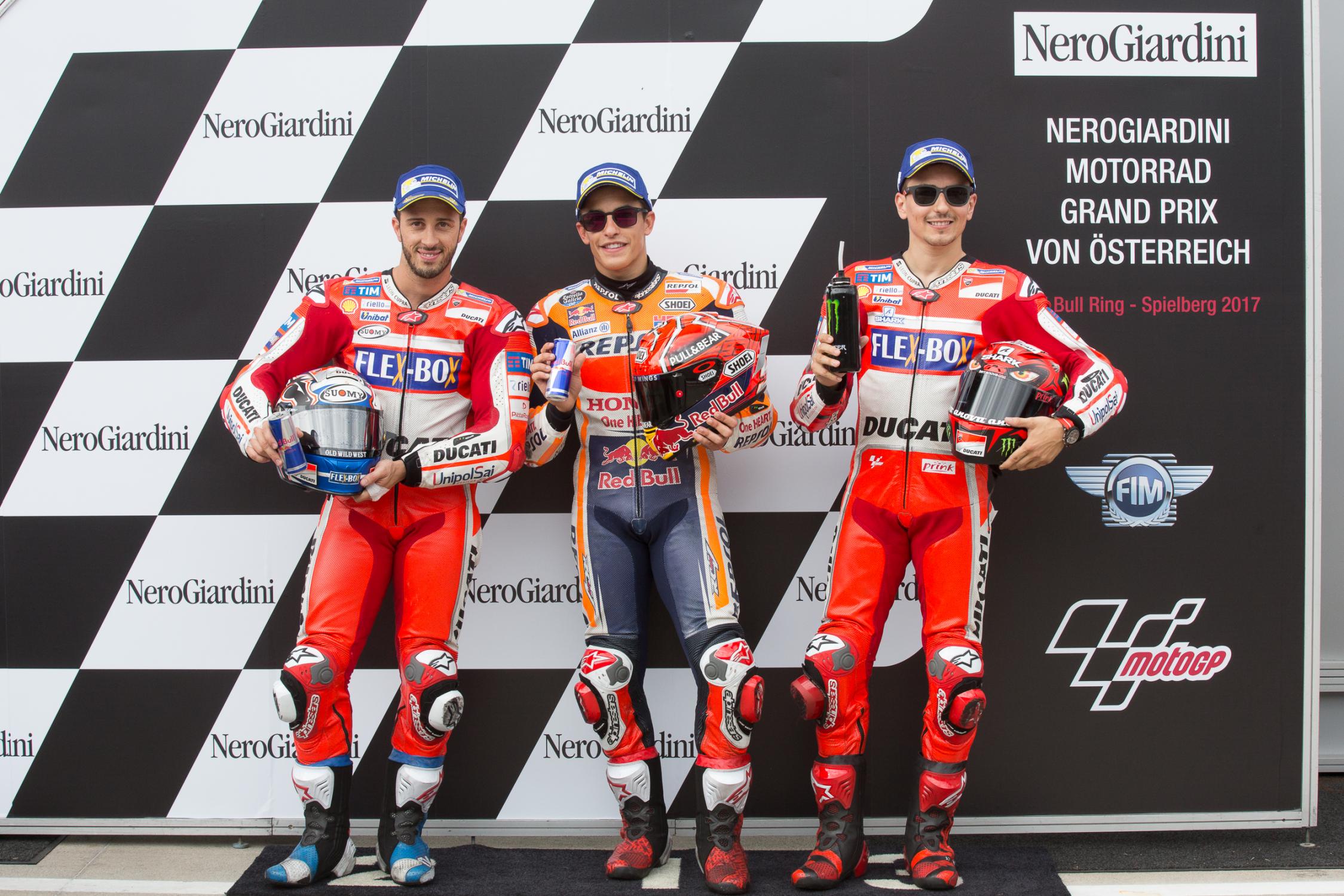 Unsurprisingly Q1 saw Danilo Petrucci (OCTO Pramac Racing) and Dani Pedrosa (Repsol Hodna Team) get the two top spots, although the session was very disputed. Pedrosa is the pacesetter in run 1, with a 1.23.924. With seven minutes to go, most riders have headed into the pits. Out for run 2, Scott Redding (OCTO Pramac Racing), Danilo Petrucci and Pol Espargaro (Red Bull KTM Factory Racing) seem menacing.

Danilo Petrucci then goes fastest, putting Dani Pedrosa’s Q2 entry is in jeopardy. The official Honda driver being out on the softer tyre, doesn’t seem to benefit from it having a hard time improving his best time on the medium tyre. Scott Redding, Petrucci’s teammate, is now on a charge as well, being really quick but just not managing it. As Dani Pedrosa improves to confirm his 2nd position, getting him through to the Q2 pole position shoot-out.

In Q2 we saw the championship leader Marc Marquez (Respsol Honda Team) dominate the whole session. Starting with a relatively slow time, to then take the top of the timesheets and never give it away. The Spaniard taking his 70th pole position, even though Ducati were favorites. Andrea Dovisiozo is best of the rest in second position, closely followed by teammate Jorge Lorenzo.

Maverick Viñales (Movistar Yamaha MotoGP) is back at the front in fourth, finally back ahead of teammate Valentino Rossi (Movistar Yamaha MotoGP), who disappoints by only managing the 7th time. Danilo Petrucci, who came through from Q1, manages a beautiful lap to put himself in 5th, followed by Johann Zarco (Monster Yamaha Tech 3) in 6th.

After having to battle his way into Q2, Dani Pedrosa doesn’t look as confident on his bike. The Spaniard only manages the 8th time, he will start next to Valentino Rossi on the 3rd starting row. Cal Crutchlow (LCR Honda) and Andrea Iannone (Team Suzuki Ecstar) complete the qualifying top 10.